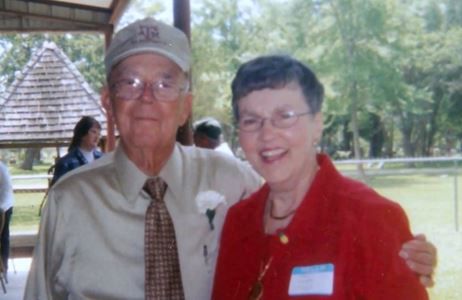 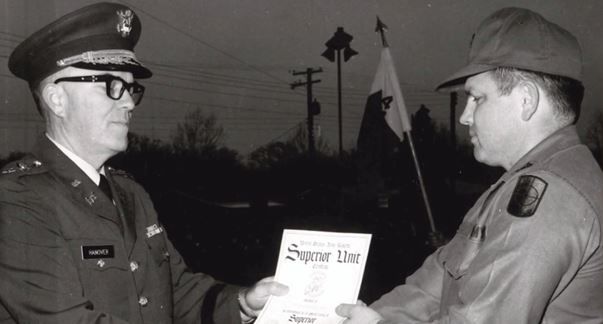 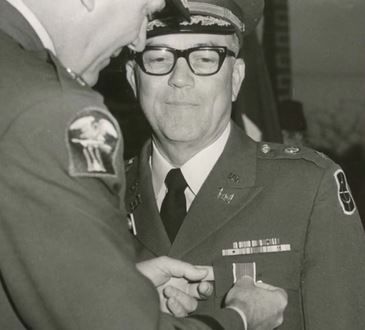 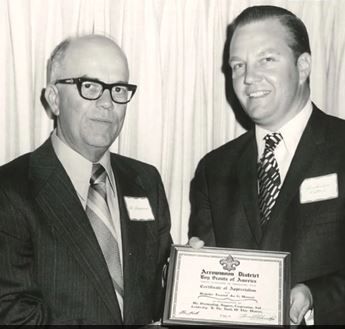 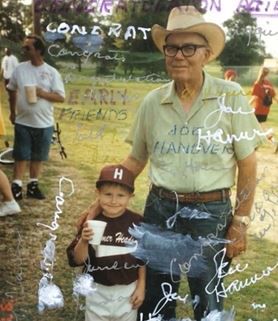 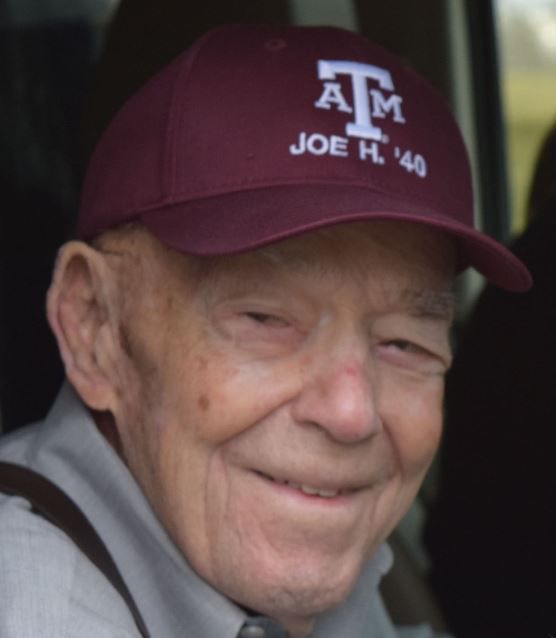 By Bill Youngkin Special to The Eagle

Diversity is now one of the front-line issues in society and organizations. Joe Hanover had as diverse a command experience during World War II as any commanding officer could ever imagine, then and now.

“I was born in 1918 in McGregor, Texas but at age 7 my father returned to the family farm at Wheelock. I attended school at Wheelock and graduated from Franklin High in 1936. I entered A&M that fall and graduated in 1940 with a degree in civil engineering. I married my life-long sweetheart, Lucille Scasta, after graduation, and I got a job with the Texas Highway Department as an engineer in Hearne.

“When I graduated from A&M, I was commissioned. I was called to active duty in February of 1941, 10 months before Peal Harbor. I still have my original orders which directed me to report to Camp Wallace, Texas, just outside Galveston, on February 16, 1941. My orders stated that I would be absent for one year. Five years later, I came home. The orders also said that 122 colored cadre would be coming in from Ft. Bragg and 1,511 colored selectees were to arrive on March 15, 1941.

“The orders didn’t register with me until I reported in. All of the NCOs and all of the enlisted men were black soldiers. The unit being formed was the 54th Coastal Artillery and it would be composed of 100 white officers and over 3,000 black enlisted soldiers. Of the 100 officers, 65 were fellow A&M graduates.

“We were sent to Wilmington, North Carolina for further training. While there, I took 40 men to Atlanta to pick up some trucks. I couldn’t find a restaurant that would feed us in their dining facility. We finally were served in the kitchen of a restaurant. I remember my thoughts were that these men were Americans, wearing an American uniform, but weren’t being treated as Americans.

“We eventually were sent to California because of the threat of a Japanese invasion. It was a lot better in California and we had great morale. It also seemed that the Aggies made better officers and leaders of the men than the Yankee officers.

“With the threat of a Japanese invasion waning, I volunteered for the Corp of Engineers and requested overseas duty. When I was assigned my company, we had orders to leave in 60 days. We left New York City in February 1945 on an ocean liner called the Uraguay. Five thousand men boarded and shortly out of port, we ran into a terrible storm. For two nights and one day that ship did everything but turn over. Of the 5,000 on board, at least 4,500 became seasick.

“We landed in Le Havre and were shipped to Hasselt, Belgium and then to Liege, Belgium where we ran an engineer depot. Our depot was in the line of flight of our planes bombing Germany. I would stare at the sky in amazement. For almost an hour, it looked like a flock of blackbirds were flying overhead, that is how full the sky was of planes.

“I had a platoon at Antwerp, Belgium and near the end of the war, Antwerp was hit by several V-1s and V-2s. The V1 was called the 'buzz bomb.' It had a motor and you could hear it coming. When the motor stopped, you better find cover. The V-2 was a rocket and you couldn’t hear it coming. Its role was absolute destruction.

“When the war was over, I was given command of a German prisoner of war company outside Marseilles, France. My German wasn’t very good, but my 1st Sergeant’s was. Our job was to prepare facilities for the Americans that were being deployed to the Pacific. The German POWs were very capable and skilled workers, and I had no problems with them.

“I finally got my orders to go home in February, 1946. The one year I was to be gone had lasted five years. I started as a commander of black soldiers, fighting against the world's greatest racist, Adolph Hitler, and finished as the commander of German soldiers who tried to carry out Hitler’s plans. As the commander of such different soldiers, I found both to be good and capable soldiers and men.

“After I got home, I went back to work for the Highway Department and joined the Army Reserve. In 1951, I joined the 420th Engineer Brigade located on Carson Street in Bryan, ending up as the commander from 1966 to 1971. I got word on a Tuesday in 1966 that I would be getting the command of the 420th and my star as a brigadier. On Wednesday of that same week, I got a call from the Highway Department in Austin informing me that I had been selected as the District Engineer for the Bryan District, which is comprised of ten surrounding counties. It was my blue ribbon week.

“Several years ago, I served on the Bryan City Council and one of my fellow council members was Ples Turner. It turned out that Ples was one of the soldiers in the 54th Coastal Artillery with me but we didn’t make that connection until we were both serving on the city council.”

If you know a World War II, Korean, or Vietnam War veteran whose story should be told, contact the Brazos Valley Veterans Memorial at www.bvvm.org or Bill Youngkin at 979-776-1325.

Joe Hanover, a retired brigadier general who oversaw the completion of the University Drive underpass beneath Wellborn Road, died this week.