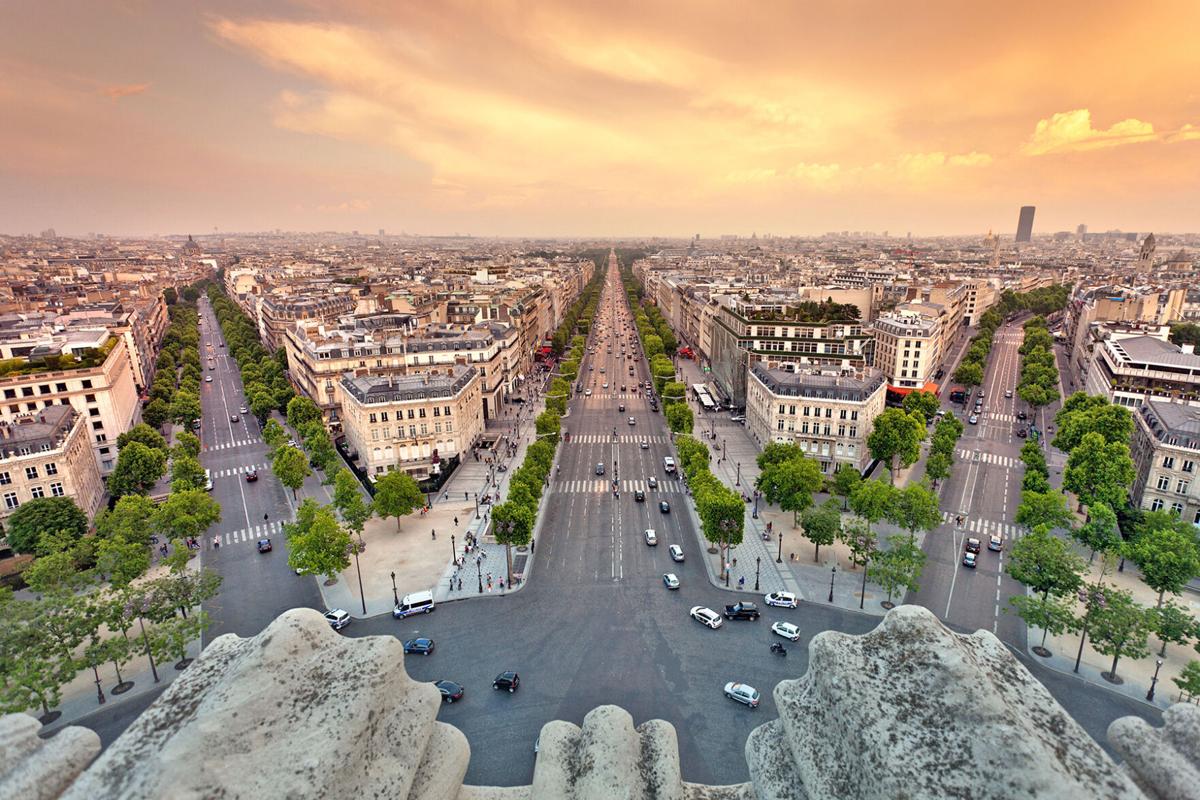 The wide sidewalks of the Champs-Elysées invite strolling. 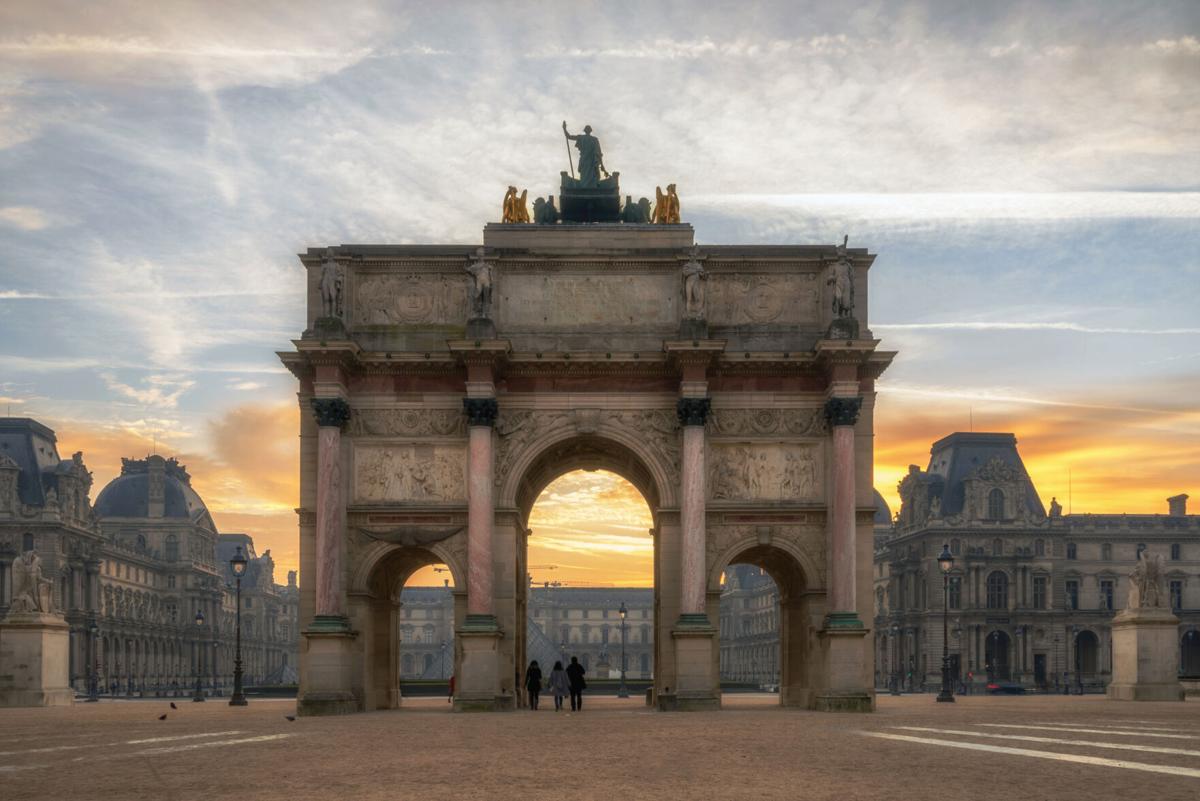 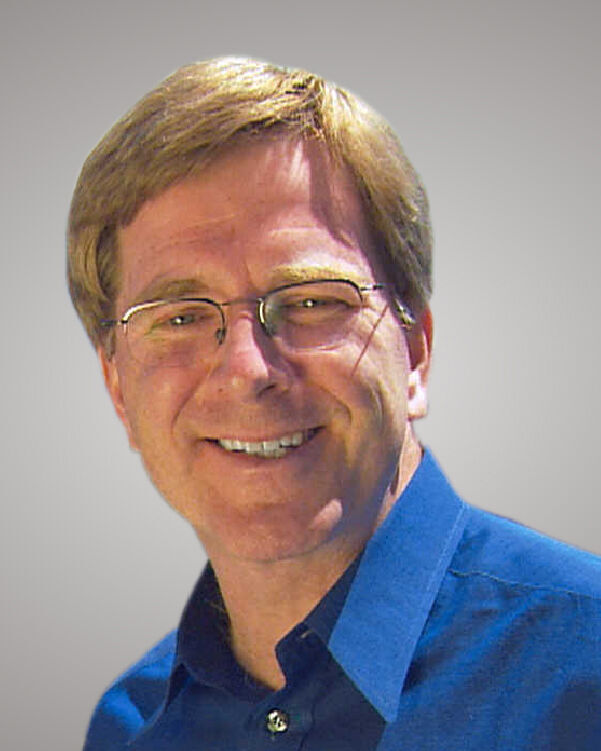 As we’ve had to postpone our travels because of the pandemic, I believe a weekly dose of travel dreaming can be good medicine. Here’s one of my favorite memories from Paris — a reminder of the fun that awaits us at the other end of this crisis.

I have a ritual when in Paris. I ask my cabbie to take me around the Arc de Triomphe two times, then drop me off to stroll down the city’s grand boulevard, the Champs-Elysées.

We plunge into the grand traffic circle where a dozen venerable boulevards converge on this mightiest of triumphal arches. Like referees at gladiator camp, traffic cops are stationed at each entrance to this traffic circus, letting in bursts of eager cars.

On this visit, after barely avoiding an accident, my cabbie calms me, saying, “In Paris, a good driver gets only scratches, not dents.” Groping for the lost end of my seatbelt, I say, “There must be an accident here every few minutes.” He explains, “In the case of an accident here, each driver is considered equally at fault. This is the only place in Paris where the accidents are not judged. No matter what the circumstances, insurance companies split the costs 50­50.” While we’re momentarily stalled on the inside lane, I pay and hop out.

I’m ready for my stroll on the Champs-Elysées. I like to say it out loud: shahn-zay­lee­zay. This grandest of boulevards is Paris at its most Parisian: sprawling sidewalks, stylish octogenarians caked in makeup, concept cars glimmering in showroom windows, and pastel macarons in grand cafés.

In 1667, Louis XIV opened the first stretch of the Champs-Elysées: a short extension of the Tuileries Gardens leading to the palace at Versailles. The Champs-Elysées soon became the place to cruise in your carriage. It still is today — traffic can be jammed up even at midnight.

A century after Louis XIV, the café scene arrived. Cafés were ideal for both Parisian pleasure-seekers and thinkers, conspiring to share ideas and plot revolutions. That coffee-sipping ambience survives today, amid pop-up boutiques and music megastores. Two cafés, Le Fouquet’s and Ladurée, are among the most venerable in Paris and beloved for their pastel and tasty macarons.

Until the 1960s, the boulevard was pure Parisian elegance, lined with top-end hotels, cafés, and residences. Locals actually dressed up to stroll here. Then, in 1963, the government, wanting to pump up the neighborhood’s commercial metabolism, brought in the Métro to connect the Champs-Elysées with the suburbs. Suddenly, the working class had easy access. And bam — there goes the neighborhood.

The arrival of McDonald’s was another shock. At first it was allowed only white arches painted on the window. Today, the hamburger joint spills out onto the sidewalk with café-quality chairs and stylish flower boxes.

The nouvelle Champs-Elysées, revitalized in 1994, has new street benches, lamps, and an army of green-suited workers armed with high-tech pooper scoopers. Two lanes of traffic were traded away to make broader sidewalks. And plane trees (a kind of sycamore that thrives despite big-city pollution) provide a leafy ambience.

As I stroll, I notice the French appetite for a good time. The foyer of the famous Lido, Paris’ largest cabaret, comes with leggy photos and a perky R-rated promo video.

The nearby Club Med building is a reminder of the French commitment to vacation. Since 1936, France’s employees, by law, have enjoyed one month of paid vacation. The French, who now have five weeks of paid vacation, make sure they have plenty of time for leisure.

On the Champ-Elysées, the shopping ends and the park begins at a big traffic circle called Rond­Point. From here, it’s a straight shot down the last stretch of the boulevard to Place de la Concorde. Its centerpiece was once the bloody guillotine but is now the 3,300­year­old Obelisk of Luxor. It was shipped here from Egypt in the 1830s, a gift to the French king.

I stand in the shadow of that obelisk with my back to the Louvre, once Europe’s grandest palace, and now its grandest museum. Looking up this ultimate boulevard to the Arc de Triomphe, I can’t help but think of the sweep of French history . . . and the taste of those delightful macarons.

(Rick Steves (www.ricksteves.com) writes European guidebooks, hosts travel shows on public TV and radio, and organizes European tours. This article was adapted from his new book, For the Love of Europe. You can email Rick at rick@ricksteves.com and follow his blog on Facebook..)

When Tim Frye retired from his job as a project manager in 2017, he envisioned traveling the U.S. in an RV with his fiancée. But not long after spending about…

4 Benefits You Need From Your Travel Credit Card in 2021

How much value did you get out of your Priority Pass membership this year? Did you ever use Global Entry in 2020? Sure, travel credit cards can offer luxurious benefits…

Watch Now: Airplane meals from around the world

The mysterious world of in-flight meals

The mysterious world of in-flight meals

The wide sidewalks of the Champs-Elysées invite strolling.