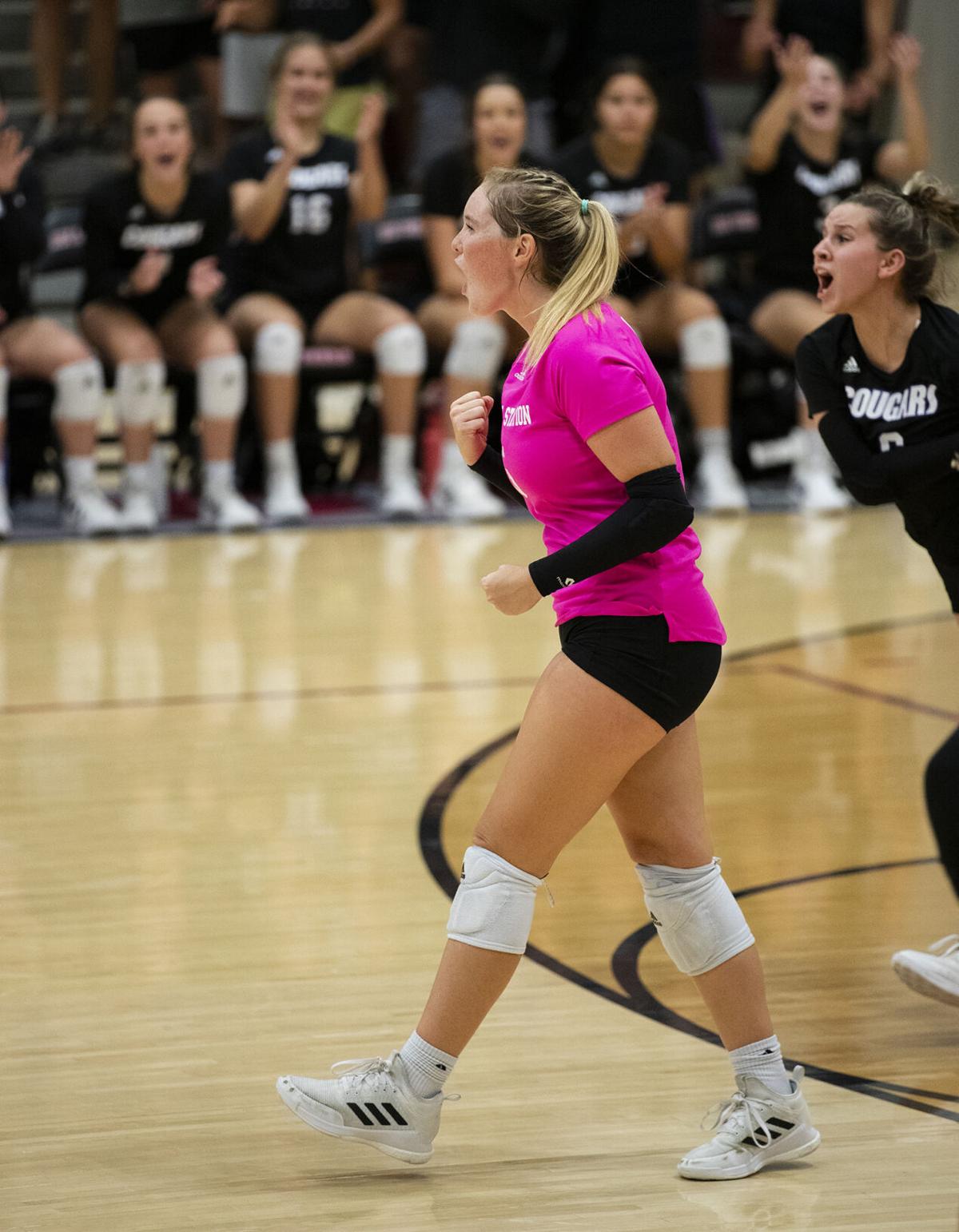 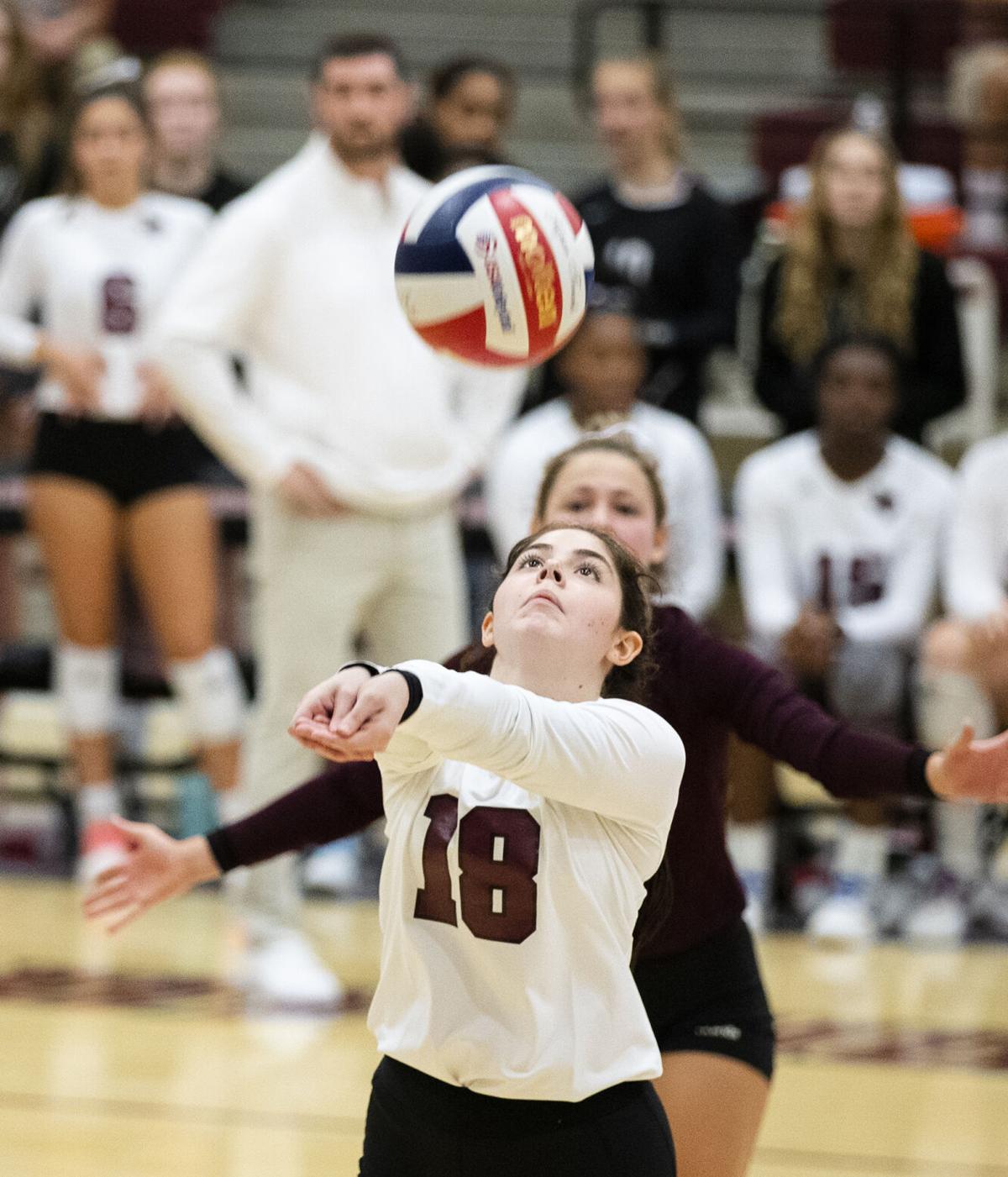 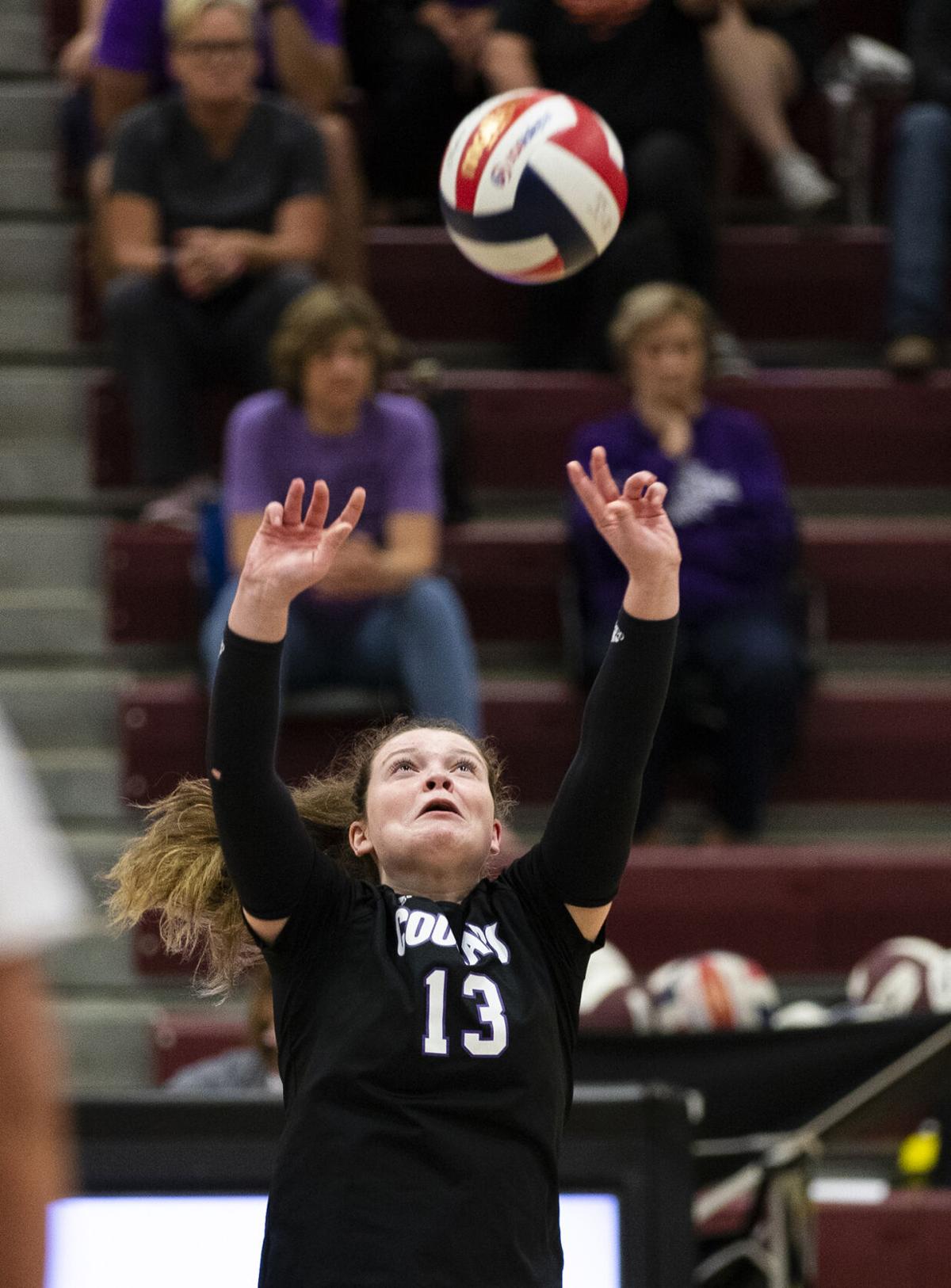 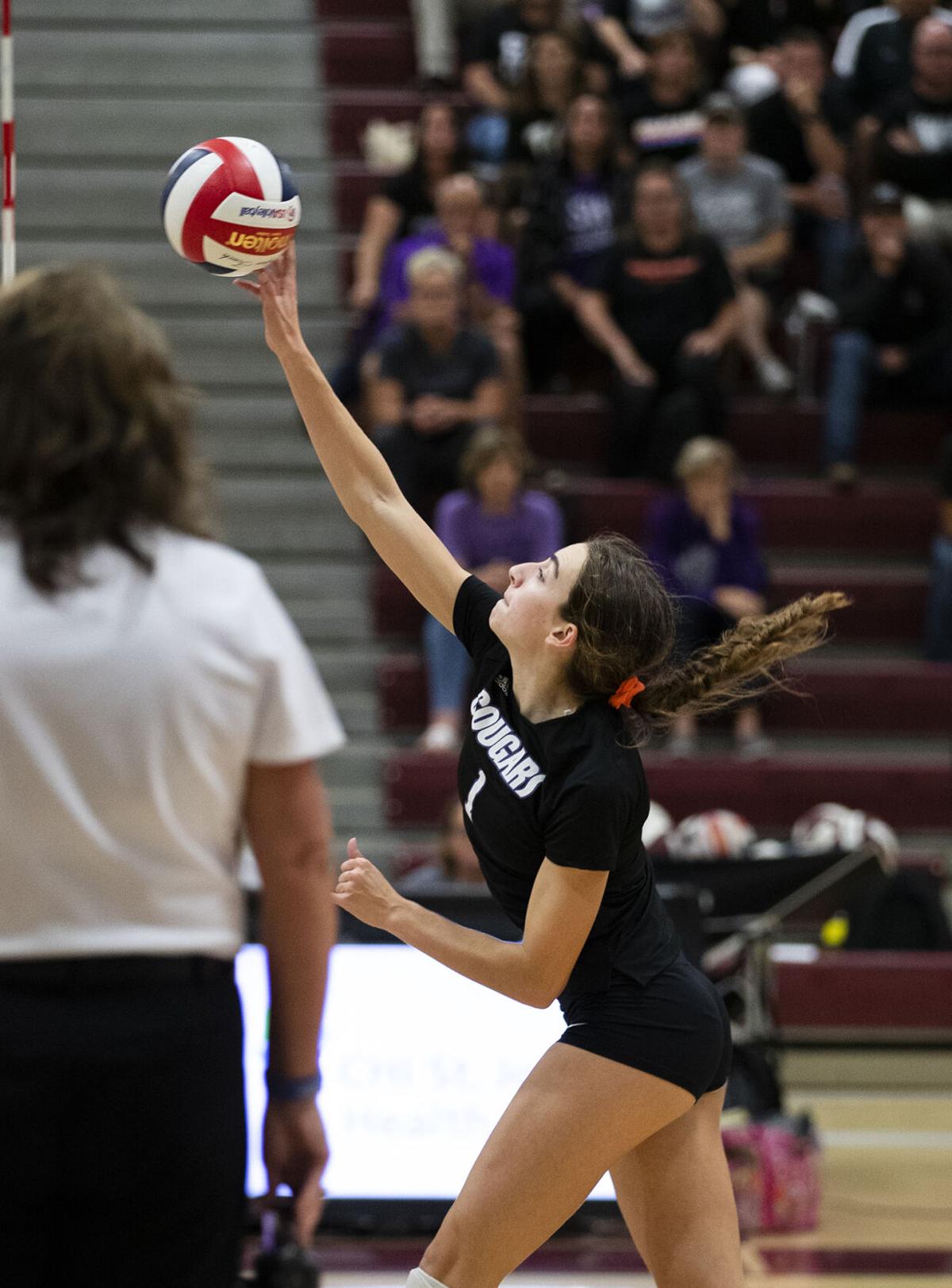 The A&M Consolidated volleyball team was two points from winning its second straight match against a ranked team Tuesday night. But two late errors erased the Lady Tigers’ fifth-set comeback, and third-ranked College Station held on for a 25-22, 23-25, 22-25, 25-21, 15-13 victory at Tiger Gym in District 19-5A play.

Both teams went into the match undefeated in district, and the margin for error was slim with all sets decided by four points or less. The fifth set had six ties, four forced by Consol (19-12, 4-1) as the Lady Tigers attempted to replicate their success from last week’s 3-1 win over 22nd-ranked Brenham.

The Lady Cougars (25-2, 6-0) took an 11-6 lead midway through the fifth set on a 4-0 run led by two kills from Ana De La Garza and Reese Maxwell. Consol rallied to tie the game at 11 with Lesley Munoz’s ninth block of the night and second of the set capping the 5-0 run.

College Station grabbed the next two points to force a Consol timeout, but the Lady Tigers tied it at 13 with two straight kills from Emma Pahl before the final two errors ended the match.

“We like games that are tight, and we like to go back and forth, and we know it’s point-for-point, College Station head coach Kacie Street said. “If they get a good swing, we’re ready to swing right back at them, and that was our mentality. They’re going to win some points, because they’re playing well, and we’ve just got to do that same thing.”

College Station forced a fifth set with key runs in the fourth. The set started with four ties as both teams exchanged points off errors. College Station broke the 6-6 tie with a 3-0 run fueled by Consol errors. The teams continued to go back and forth before the Lady Cougars found a rhythm and took a 19-16 lead on a 4-1 run. Consol attempted a comeback and got within a point before College Station capitalized on two more errors and another kill from De La Garza to take the set.

“We had to readjust our mentality that not every first ball over was going to win,” Street said. “We’re going to have to fight for the fifth ball and the sixth ball. Once we did that and we weren’t trying to be perfect, we were able to start gaining some momentum.”

The Lady Cougars won the first set after taking advantage of Consol errors for a 23-18 lead. The Lady Tigers fought back with three consecutive points to get within 23-21, but College Station sealed the win with a kill from Emma Deegear and another point off a Consol service error.

“It was minimizing our errors,” Consol head coach Colton Conner said about rebounding from the first set. “We came out and had 10 missed serves, and nobody should win with 10 missed serves. We cleaned that up. We did a good job, and it was just a battle after that.”

Playing cleaner volleyball after the first set, Consol took the second and third sets by often forcing College Station into long volleys. Consol’s hitters also emerged in the middle sets. Consol finished with 49 total kills led by Reagan Johnson with 17, followed by Pahl (13), Lesley Munoz (12) and Ava Derbes and Ella Norton each with 11.

College Station tied the second set at 20, but Consol answered with a trio of kills from Derbes, Norton and Pahl. Hitting took a back seat in the third set as College Station’s errors were enough to lift Consol to an 11-6 lead. Consol put away the set thanks to another College Station error and a kill from Bella Guitierrez.

“They showed [early this season] that we can compete with really anybody, and it’s definitely showing now in district,” Conner said. “We’re playing hard and doing the little things right. We’re just staying consistent.”

Gracen Harrell had 25 digs and Derbes added 12 for Consol.

There were many season firsts for the A&M Consolidated football team Friday night, and not the good kind. Among them were the Tigers givin…

If fantasy football existed for high school, College Station’s Dawson Schremp would be at the top of every team owners’ list when it came time…

Through three games, the A&M Consolidated football team has found itself standing atop a pile of solid offensive numbers.

PALESTINE — Paxton Hancock ran for 159 yards and four touchdowns, including the game-winning score in overtime as the Tigers beat Palestine We…

On the latest Brazos Sports PrepsCast, David Campbell, the voice of Bryan football, joins to preview the Vikings' 12-6A slate. Plus, discussin…