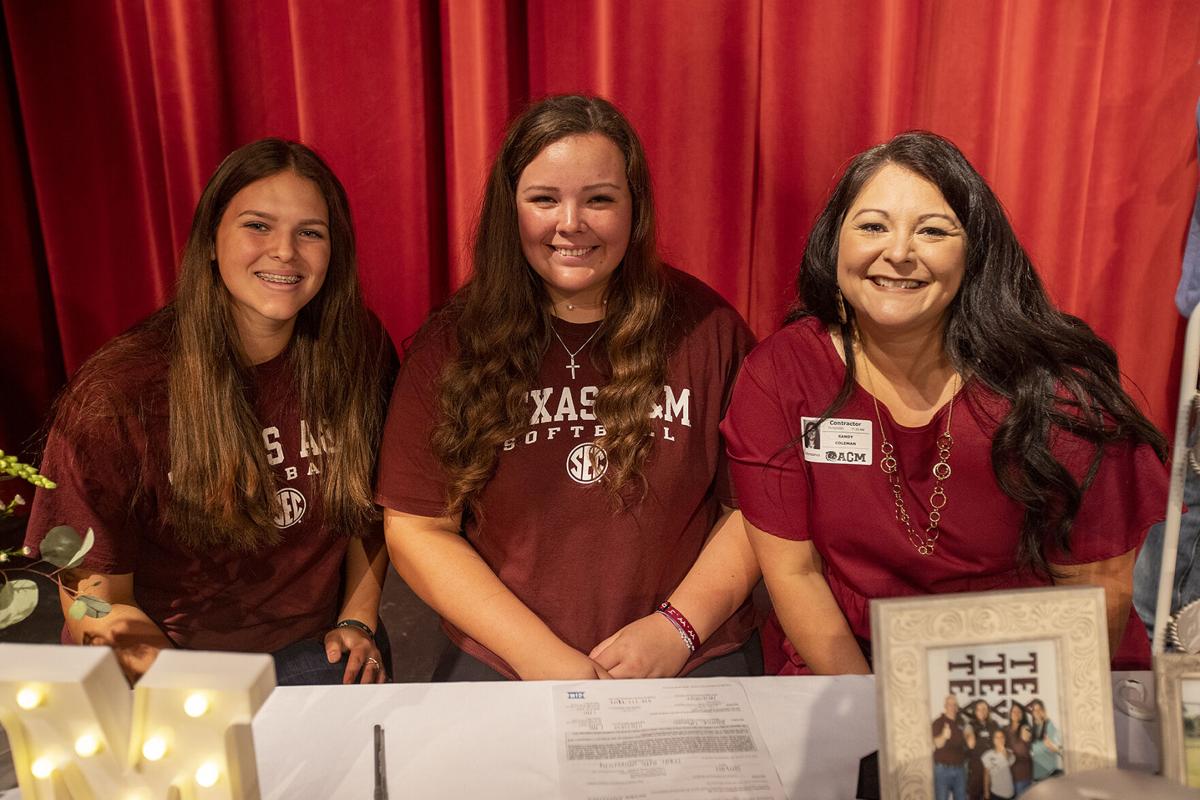 A&M Consolidated’s Aiyana Coleman, center, is joined with her family as she signs to play softball for Texas A&M on Wednesday at Consol. 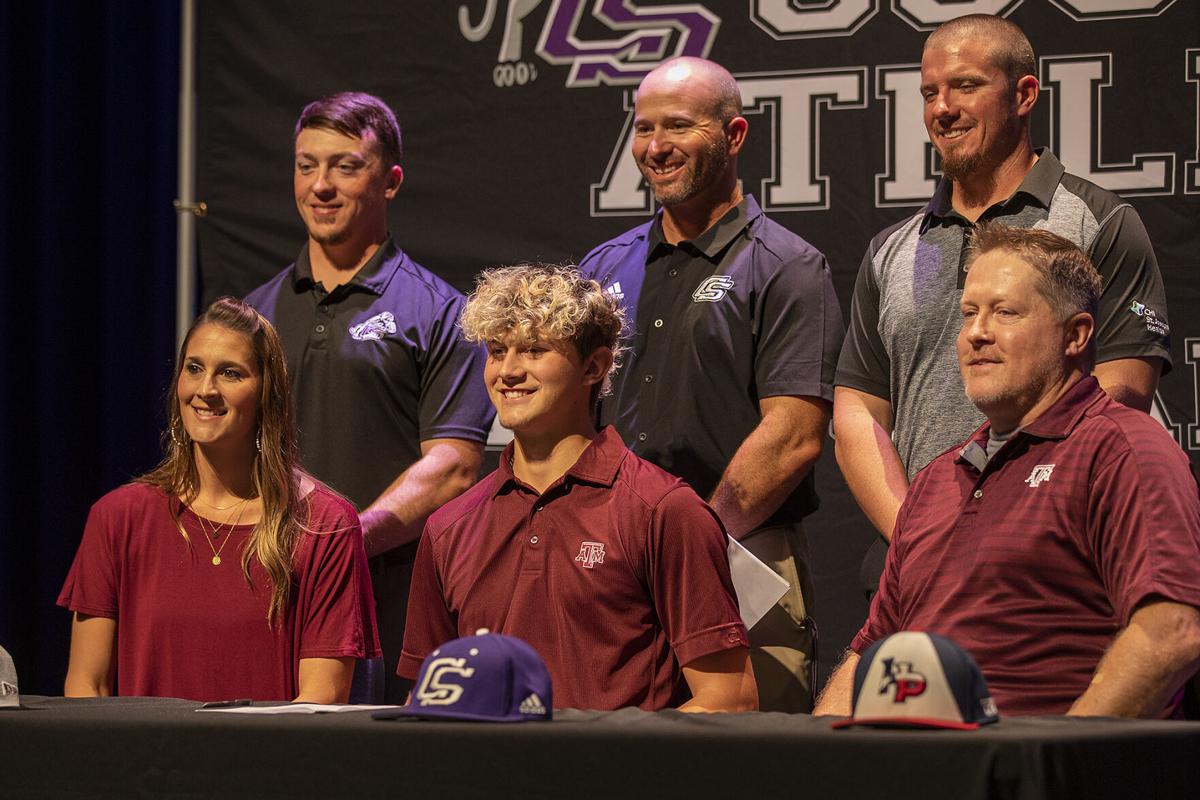 Wednesday was a banner day for many high school athletes as players in all sports except football could officially sign a letter of intent to play for a college or university.

The College Station volleyball team, which is playing in the Class 5A Region III tournament this week, had a trio of players sign. Libero/defensive specialist Keira Herron (Oregon State) and defensive specialist Caroline Coyle (Emory) joined Derbes in signing Wednesday.

Caldwell’s Cain Sanchez will sign a baseball scholarship with McNeese State on Friday.

Coleman, Binderup and De La Garza will get the chance to continue their playing careers in their hometown.

“Growing up in Aggieland, I guess part of me always wanted to go to A&M,” Coleman said. “It’s just a culture that I wanted to be part of, and to know that I’m going to go there now, it’s just ... I can’t even explain it in words. I’m just very excited.”

“The coaching change didn’t affect anything for me,” Binderup said. “It was really just the school I fell in love with no matter who was there.”

De La Garza is joining a program she knows well. Her father, Juan De La Garza, is an assistant track coach at A&M with the javelin his specialty. His daughter throws the shot, discus and javelin, but she says he didn’t force the sport on her.

“I definitely had a choice,” De La Garza said. “But I think when I was younger I started doing track as well and fell in love with itm and I started to realize how much fun it was and how much potential I have in it, and that was a big part of me going to A&M as well.”

De La Garza is a big reason the College Station volleyball team is 38-3 and ranked fourth in the state in 5A. She leads the team in kills and is second in digs, but A&M volleyball coach Bird Kuhn won’t be able to coax her into walking on for the Aggies.

“I’m just going to focus on track, because it’s what I see myself going very far in,” De La Garza said.

The Rudder boys basketball team got an early start on Thanksgiving, feasting on the Elgin Wildcats for a 55-44 nondistrict victory between Cla…

A&M Consolidated’s Aiyana Coleman, center, is joined with her family as she signs to play softball for Texas A&M on Wednesday at Consol.