College Station football fans can see Houston Thomas make tough catches over the heads of defenders on Friday nights, but each reception is the result of hours of practice and preparation before Thomas even puts on his pads.

The senior tight end works with two local trainers who help him with stretching, running routes and footwork. A normal game day for Thomas includes waking up before school and running routes at game speed with his trainer Erik Land to get prepared for that night’s matchup.

Thomas said sticking to a strict training schedule and eating healthy has helped him improve, and he enjoys seeing the results on the field.

“It helps slow down the game and helps me see stuff that I normally wouldn’t,” he said. “It also makes me more confident in my abilities. The more reps I get, the more I feel that I can do in an actual game.”

Wide receiver coach Trent Vittrup says Thomas’ dedication to his training sessions shows. That schedule included a 7 a.m. session before College Station’s game against Lufkin despite classes being off that day.

“His work ethic is great,” Vittrup said. “Obviously [his] talent is pretty special, but I think the thing I get most excited about Houston, and we talk about it constantly, is just how willing a learner he is.”

The extra repetitions have made the 6-foot-4, 220-pound Thomas into a legitimate playmaker for the Cougars, Vittrup said.

Thomas is a three-star college recruit, according to 247Sports.com, and has racked up 360 yards and four touchdowns on 21 receptions this season. He will try to make some more plays when College Station (7-0, 5-0) travels to face Caney Creek (1-6, 0-5) at 7 p.m. Thursday at Buddy Moorhead Stadium in Conroe.

Blessed with a long reach as College Station’s tallest receiver, Thomas used last offseason to continue adding size and strength to help him move from wide receiver to tight end this year.

“This year, he’s really expanded that to be a lot more explosive,” Vittrup said. “He’s making much bigger plays. He’s making plays over the middle now. Having that big target, especially over the middle of the field, is a big deal for us. We’ve been kind of waiting on him to get to that point, to be able to use his body more effectively, and he’s really tough to deal with now because of that.”

Thomas called the position switch a smooth transition, because of the advice he received from coaches. Although he’s going head-to-head with safeties and outside linebackers instead of cornerbacks, Thomas said he’s learned ways to find holes in coverages and block better for his teammates.

As for what goes through his mind as he prepares to grab a pass, Thomas said he trusts quarterback Jett Huff’s accuracy in those moments.

“I’ve already done it 1,000 times, so it really just feels natural when I’m in that moment,” Thomas said. “And also having Jett, I know the ball is going to be a catchable ball, so I don’t have to worry about that aspect of it.”

Thomas added that practicing and competing alongside receivers Dalton Carnes and Traylen Suel have also helped him handle tough matchups.

Vittrup said the progress Thomas has made on and off the gridiron has made him a better leader for younger players, including 6-2, 200-pound freshman receiver Jackson Verdugo.

“He’s really taken [Jackson] under his wing,” Vittrup said. “They go everywhere together during practice, and he asks Houston questions about technique, how to run a certain route or what a certain play is. [Houston’s] done a really good job and kind of blossomed as a leader from that perspective.” 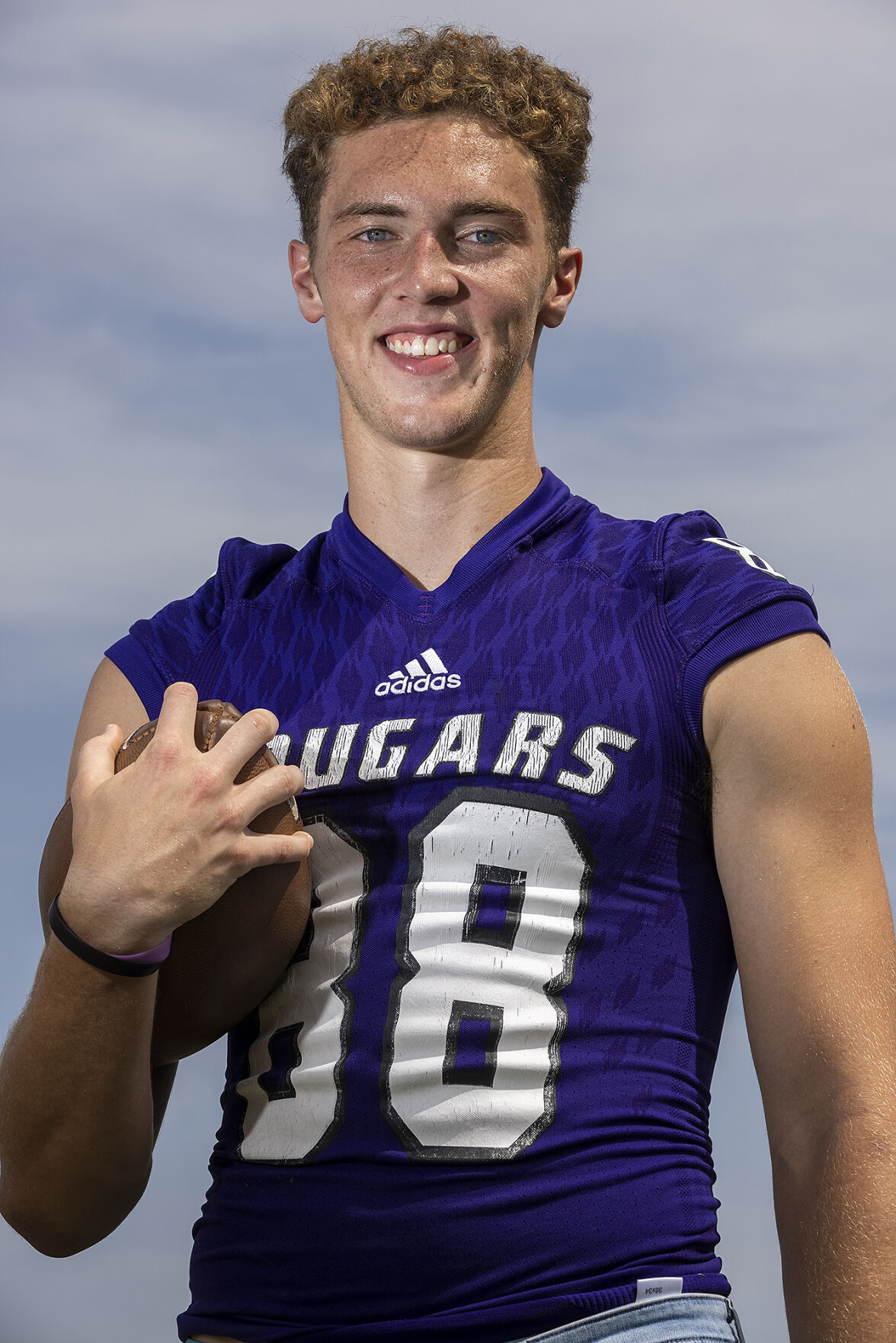