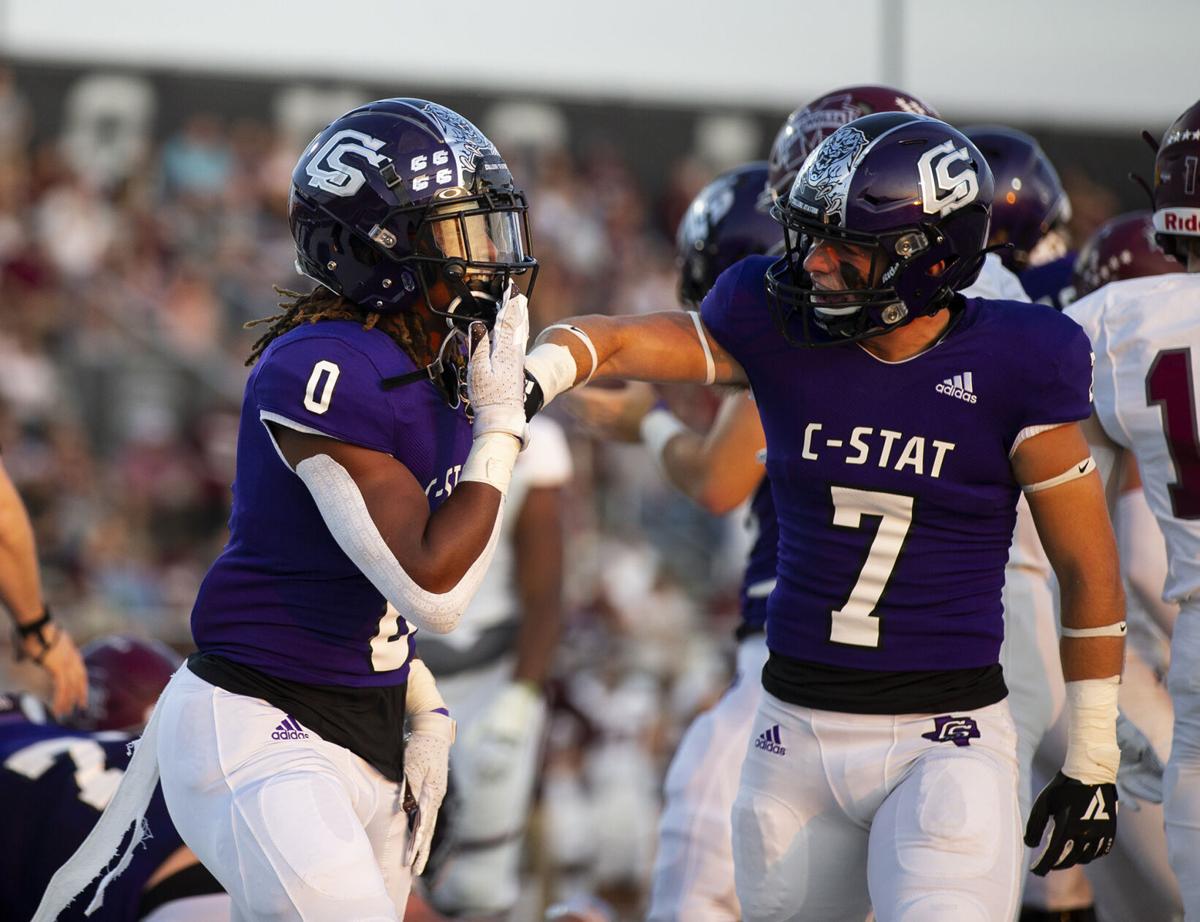 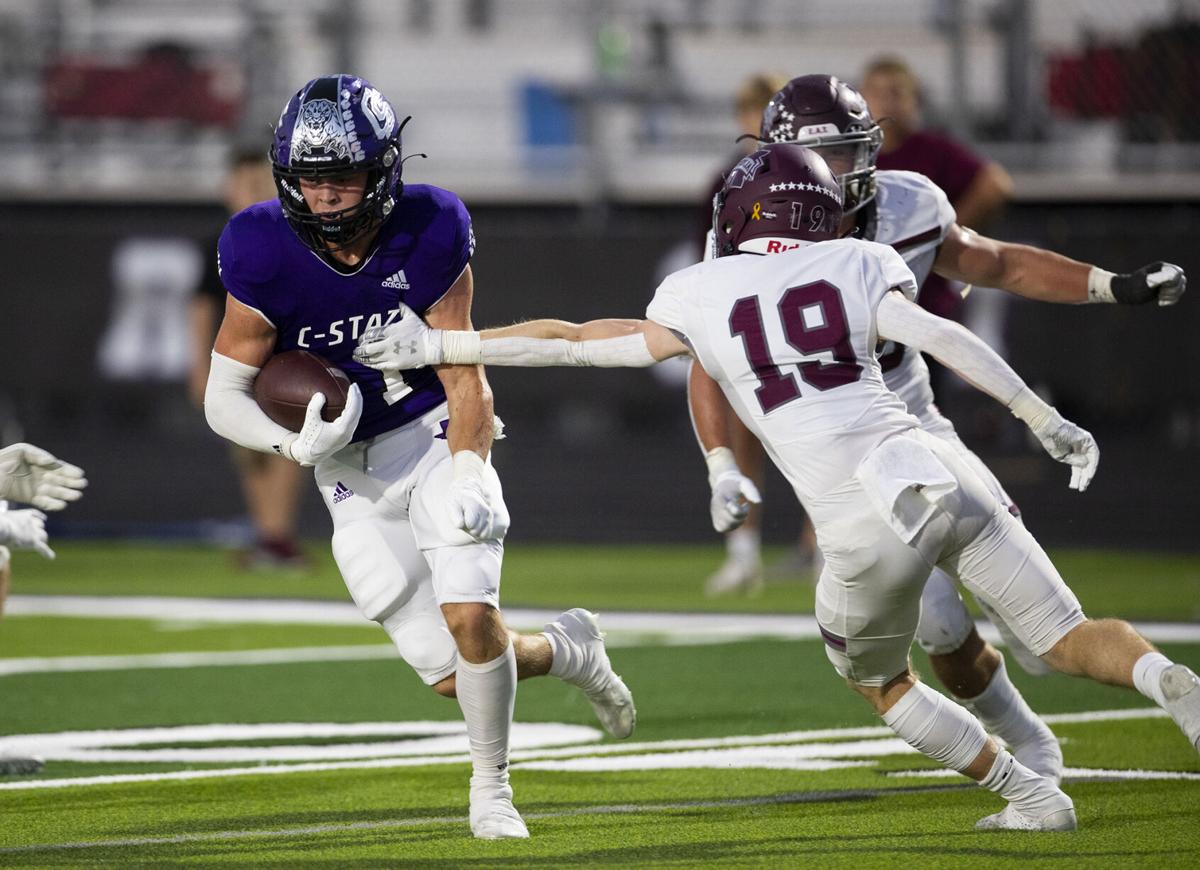 Halftime came at the most opportune time for the College Station football team.

The Cougars (3-0, 1-0) were forced to kick a field goal on the final play of the first half for a narrow 10-0 lead at halftime. But extended time in the locker room was just the thing College Station needed to score 28 points in the second half to beat Magnolia 38-10 in the District 8-5A-I opener at Cougar Field on Friday night.

Magnolia (1-2, 0-1) scored on a 25-yard field goal from Ernie Mendoza early in the third quarter, but that was the closest the Bulldogs would get to College Station. The Cougars looked like a different squad in the second half, scoring on four of their six possessions.

“It makes it tough when you get behind the chains on these guys,” College Station head coach Steve Huff said about Magnolia. “You better stay in front of the chains because they’re really good defensively so we stopped doing that stuff in the second half. We [were patient] getting Marquise Collins going up in there and it definitely changed the ballgame.”

Jett Huff, who threw for 296 yards and three touchdowns, connected with Houston Thomas on a perfectly placed pass in the end zone for a 17-yard touchdown on third-and-15. Converting on third down became a pattern, but the Cougars rose to the challenge.

Huff found Collins on a pass up the middle and Collins broke a couple of tackles before running in the 38-yard score for a 24-3 lead. College Station converted on two third downs on its next possession and Collins found open space again on a 17-yard TD run with 10 minutes left in the fourth.

The Cougars scored their final TD when Huff connected with Dalton Carnes in the corner of the end zone on a 30-yard pass for a 38-3 lead. Huff’s 26-yard pass to Thomas in the play before helped College Station convert on third-and-8.

“With the football team we just played, you’re going to get that,” Huff said. “You’re going to have to convert on third down. Once our lineman got a better feel, we started getting bodies covered up and just enough creases to get our back through there.”

College Station’s defense finished what it started in the first half, holding Magnolia to just 10 points, while forcing two punts and recovering a fumble.

“Coming out in the second half and getting a couple stops there and getting the field changed again, I thought the kids got in a better rhythm there and just found a flow,” coach Huff said.

The unit also delivered in the first half. The Cougars sacked Magnolia quarterback Ross Choate three times with Korbin Johnson grabbing two back-to-back. With Choate under pressure, the Bulldogs tried to kickstart its run game, but College Station forced Magnolia to punt on all four of its first-half possessions and held their opponent to 43 total yards.

Despite the strong defensive effort, the Cougar offense struggled to find a rhythm against Magnolia’s defense led by twins William and John Alexander. The Cougars got on the board thanks to a 1-yard touchdown run by Collins on fourth-and-1, but had to punt on the next possession.

College Station charged down the field in the final series of the first half, but had two false start penalties, one of which wiped out a TD pass from Jett Huff to Thomas. The Cougars then settled for a 33-yard field goal from Dawson Schremp. College Station had seven penalties for 55 yards.

“[Magnolia does] some things on defense that are not normal, and by not normal I mean you don’t see it all the time,” coach Huff said. “So a little adjustment there, but their defensive front is really good and it just took awhile. The line finally kicked in there and we got in the rhythm of the game.”

NOTES — It was first responders night on Friday. College Station honored victims of 9/11 with 2,977 American flags lined up on the grass leading to the stadium. Thirteen flags were also displayed in front of the fieldhouse to represent the victims of the Kabul attack in Afghanistan in August. First responders were also included in the team’s walk to the field and the coin toss. “It was good that our kids that had first responders — maybe its a parent, maybe its a grandparent — come down and stand with them during the national anthem,” Huff said. “Sometimes we look past stuff like that because we’re so intent on getting to the game, but that’s very important.”