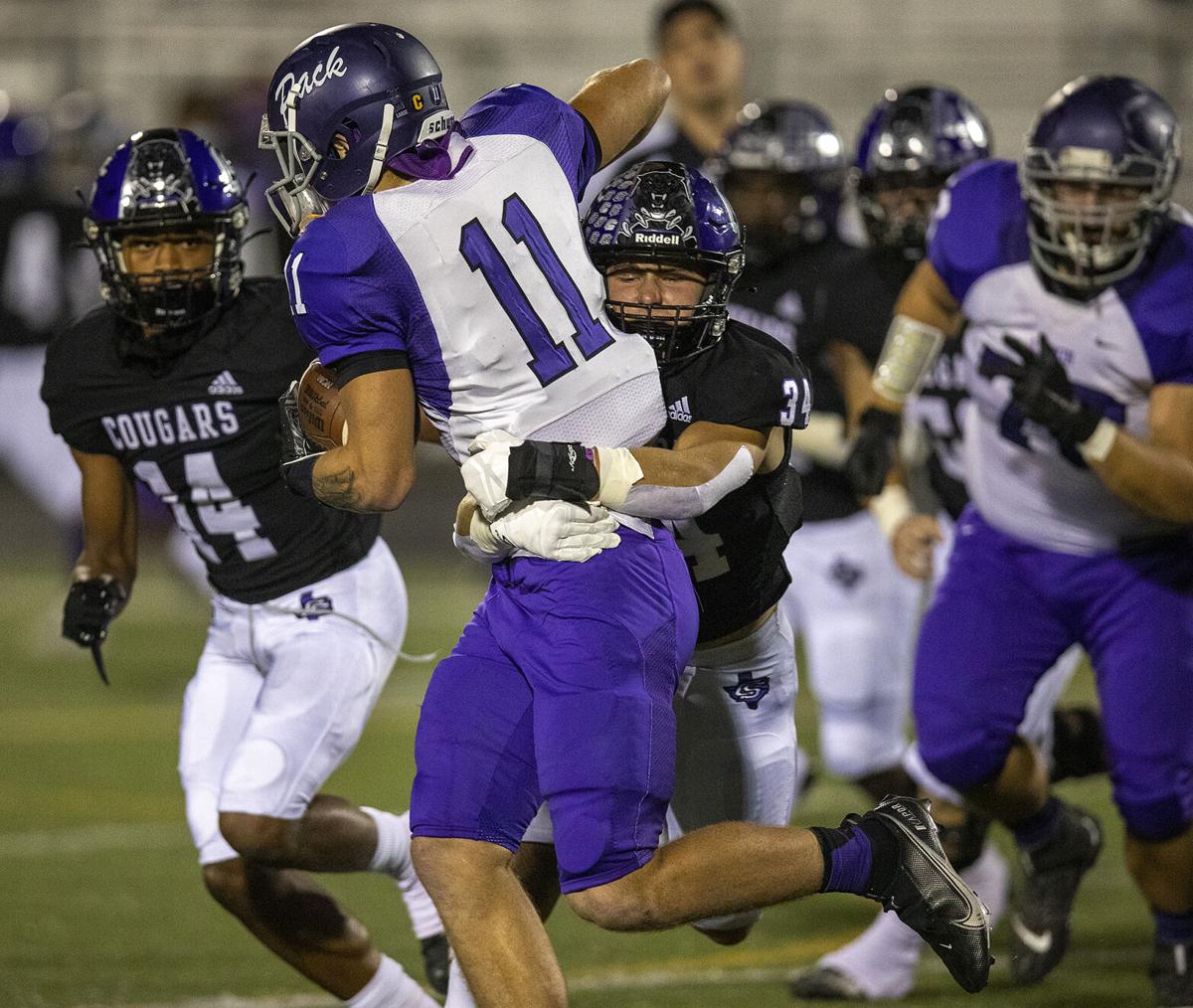 Defensive coordinator Chance Locklear describes Jaxson Slanker as the on-field general for College Station’s defense, and the senior linebacker’s orders are getting through to the Cougars so far this season.

Slanker’s tenacity on the field is evident in the numbers he’s racked up through six games this year. He leads the Cougars (6-0, 4-0) in tackles with 69, including four for loss, and has two quarterback pressures, a sack, a forced fumble, a fumble recovery and a pass breakup. His work has helped College Station’s defense hold opponents to 204.2 yards and 7.4 points per game.

Slanker said seeing his stats are nice, but he much prefers a win playing with his teammates.

“Everybody sees the stats — it’s just a stat,” Slanker said. “As long as the Cougars win, we’re good. [We see] it the same, that it’s our last ride together. I’ve played with all these guys since we were 8 years old, so it’s bittersweet, but it’s really exciting. I’m cherishing it.”

Slanker’s success this season is a continuation of 2020, when he earned first-team all-district and All-Brazos Valley honors for his 143-tackle performance in the Cougars’ area playoff run. He also had eight tackles for loss, eight quarterback pressures, two sacks, an interception, four pass breakups and two forced fumbles as College Station went 7-1 in District 8-5A Division I.

The 6-foot, 195-pound inside linebacker, who grew up attending games at Cougar Field, said he never expected to be one of the seniors on the field whom he used to look up to as a kid. Now that he’s become just that, Locklear said Slanker also is serving as a good mentor for the underclassmen.

“He’s always complementary about effort and what they’re doing, so that’s a big plus,” Locklear said. “When they see one of your best players doing it, it transfers over.”

Slanker took on a bigger leadership role last season when the coaching staff moved him from outside to inside linebacker during two-a-days. Locklear said it was a big change for Slanker, who was used to letting other players take the lead on game days.

But Slanker rose to the challenge and quickly found a love for his new position. Locklear said Slanker’s demeanor on the field also began to change.

“His tackles are much more violent this year, and part of that comes with confidence,” Locklear said. “He is anticipating what the offensive player is going to do, what kind of move they’re going to make, and he’s accelerating through that vs. in the past where he would get there and settle back and wait for them to do something.”

Slanker also attributes his success to the defensive line in front of him allowing him “to run and make plays.”

He will try to continue making plays at 7 p.m. Friday when the Cougars host Cleveland.

With four district games remaining and the playoffs on the horizon, Slanker said he still has goals he wants to accomplish before graduation, and looking back on former College Station linebacker Mark Wagner’s career is a big driving force. Slanker tied Wagner for second on the school’s all-time charts for most tackles in a season with 143 last year. Wagner first accomplished the feat in 2015 before beating his own record with 183 tackles in 2016 as a senior.

Slanker said Wagner has always been a role model for him, and it’s motivating to see Wagner’s name peppered throughout the program’s leaderboard hanging in the field house.

“He was just all over the place, all over the ball,” Slanker said. “I was never at the high school the same time as him, but I just remember watching, and you can’t not hear about him here.”

Slanker said he also learned how to be more explosive and improve his football IQ by playing alongside former linebackers Michael Medlin and Bubba Carter.

While he looks to move up College Station’s leaderboard, he knows he’ll always have familiar faces in the crowd cheering him on.

“I always have my mom and dad there every game, and my grandparents, who live in Nixon, Texas, like two and a half hours away, travel [to games],” said Slanker, whose younger brother is an offensive lineman on the freshmen team. “I don’t think they’ve ever missed a game.”

ROSENBERG — For the 17th straight season, the A&M Consolidated football team will play in the postseason.

When Bryan quarterback Tate Allen crossed the goal line for the fourth time Friday, the feeling began to grow on the Vikings’ sideline that th… 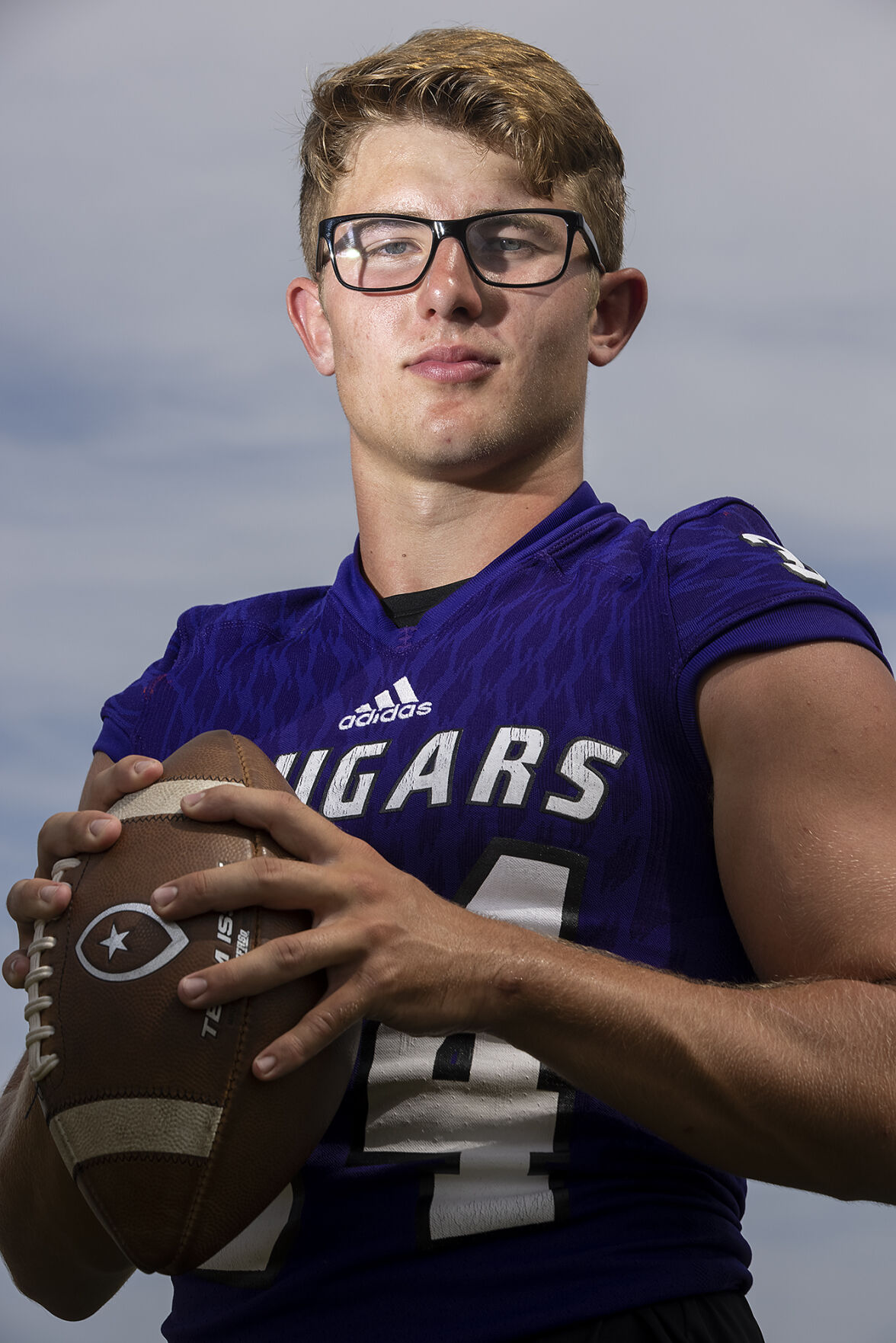