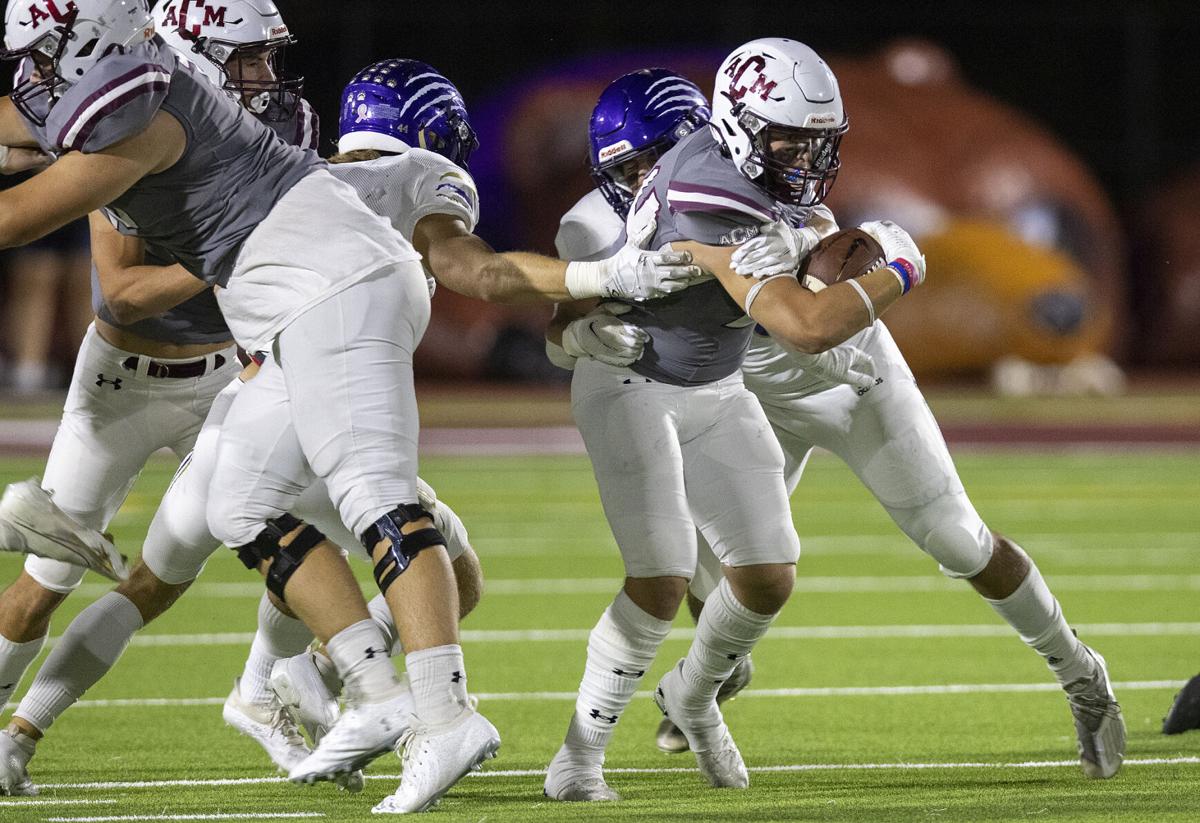 High school football coverage brought to you by:

Down by seven with 16 seconds to play, the Tigers had reached the Montgomery 10-yard line, but a misfired snap caused freshman quarterback Will Hargett to fall on the ball for a 9-yard loss.

With no timeouts remaining, Consol couldn’t get lined up to spike the ball or get off another play as the clock ran out in its 35-28 loss to Montgomery (7-0, 3-0) at Tiger Field. The Tigers and Bears were playing for outright first place in District 10-5A Division II. Consol (6-2, 3-1) now sits in second place in the standings with two games left on its regular season slate.

“You hate to lose a game like that,” Consol coach Lee Fedora said. “We battled the whole game, but mistakes hurt us. Right there at the end, I know they said their guys yelled ‘Ready!’ and we snapped the ball, but the officials didn’t see it and that’s fine. I talk to our quarterback on something like that, just pick it up and throw it away, keep time on the clock. It’s one of those things, you lose a tough battle like that. It was a good team, but I thought our kids played hard in the game.”

Montgomery running back Jalen Washington willed his way to the end zone twice in the fourth quarter with touchdown runs of 52 and then 25 yards that allowed the Bears to tie the game and take the lead, respectively. Washington finished the game with 248 rushing yards on 33 carries.

Washington’s second touchdown run was a one-play drive that started at the Consol 25-yard line after the Tigers had a 7-yard punt into a strong wind.

“We knew going into the game he was the main guy you’ve got to stop and he’s a hard runner,” Fedora said. “There were some times we missed tackles and allowed him to get big plays off of it.”

With Consol senior quarterback Brodie Daniel out due to a head injury, the Tigers turned to freshman Will Hargett to handle duties under center. Hargett was 12 of 18 passing for 192 yards, two touchdowns and an interception. He seemed to get comfortable completing screen passes while the Tigers turned to sophomore running back Trey Taylor to lead a run-oriented offensive attack. Taylor had 212 yards and two touchdowns on 30 carries.

“For a freshman to come in, and in a big game like this, he kept his head up, he did some good things and he made some good plays,” Fedora said of Hargett. “I just tell him, don’t let this affect you. We grow from it, we get better and I think he’s going to do a great job and keep his head up.”

Consol found a rhythm on offense in the second quarter to erase an early two-touchdown deficit and tie the game at 14 at halftime.

Wesley Greaves caught an easy screen pass from Hargett and split through a pair of good blockers to race down the sideline for a 62-yard touchdown pass to put the Tigers on the board. Consol tied the game on its next drive with a 15-yard touchdown run from Taylor with 3:07 left in the half.

Montgomery had all-around command on the first three drives of the game to build a two-score lead. The Bears barreled down the field on their opening possession for a 75-yard scoring drive, capped by a 17-yard touchdown run by Washington. After forcing a quick three-and-out, Montgomery went back to work, scoring on a 42-yard touchdown pass.

The Bears had 162 yards of offense on their first two drives, but Consol’s defense was able to clamp down in the second quarter.

“Our kids kept their heads up and kept fighting,” Fedora said. “We didn’t lay down. We continued fighting, but now we’ve got to get prepared for the rest of the season.”

The Tigers look to bounce back next week on the road against Fulshear. The Chargers fell to 4-3 overall and 1-2 in 10-5A-II with a 17-12 loss to Rudder on Friday.

“The next two games are very important for us because when you look at our district, there’s other teams that we’ve got on our list that we’ve got to play,” Fedora said. “We’ve got to make sure we win those games.”

High school football coverage brought to you by: