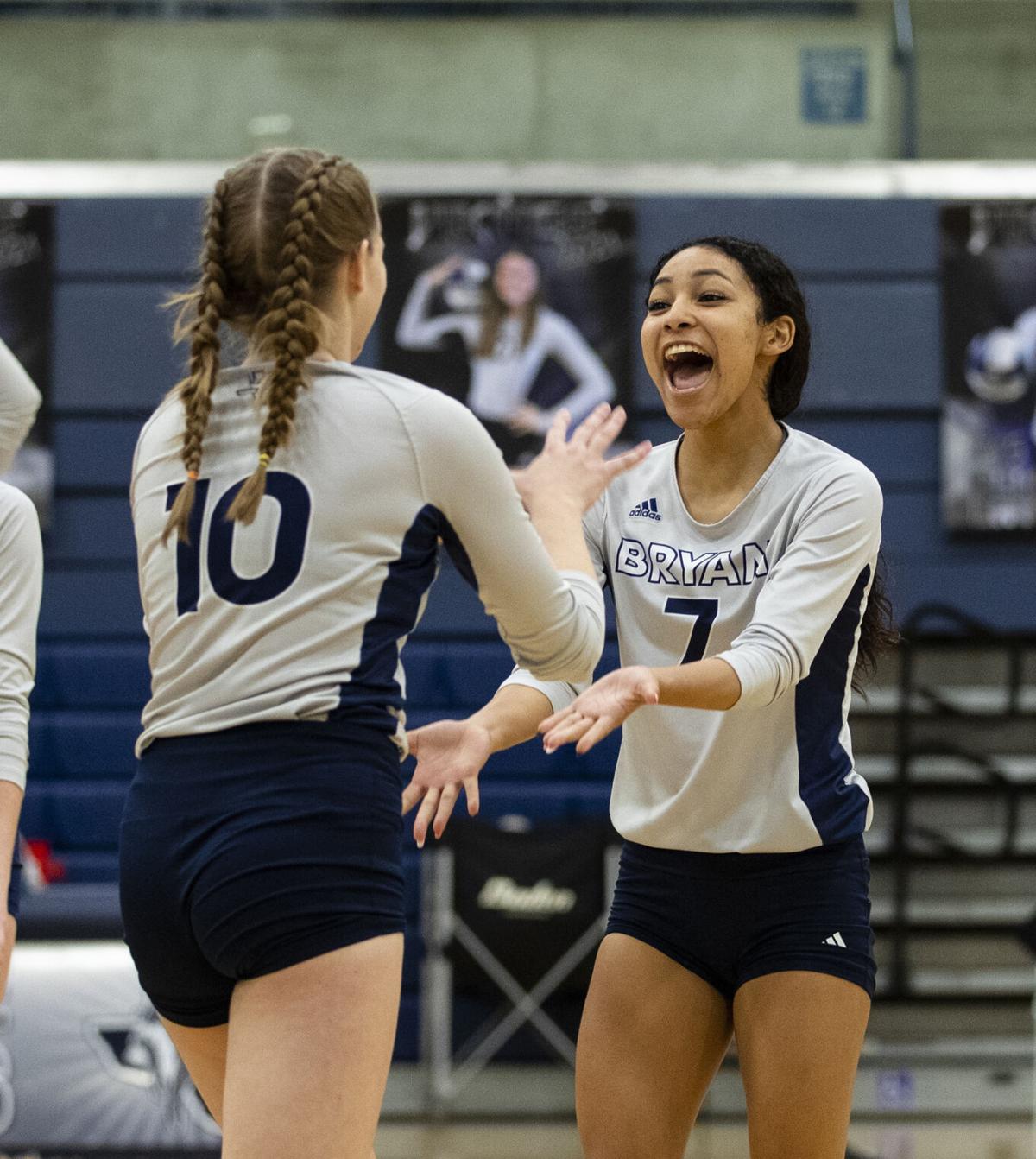 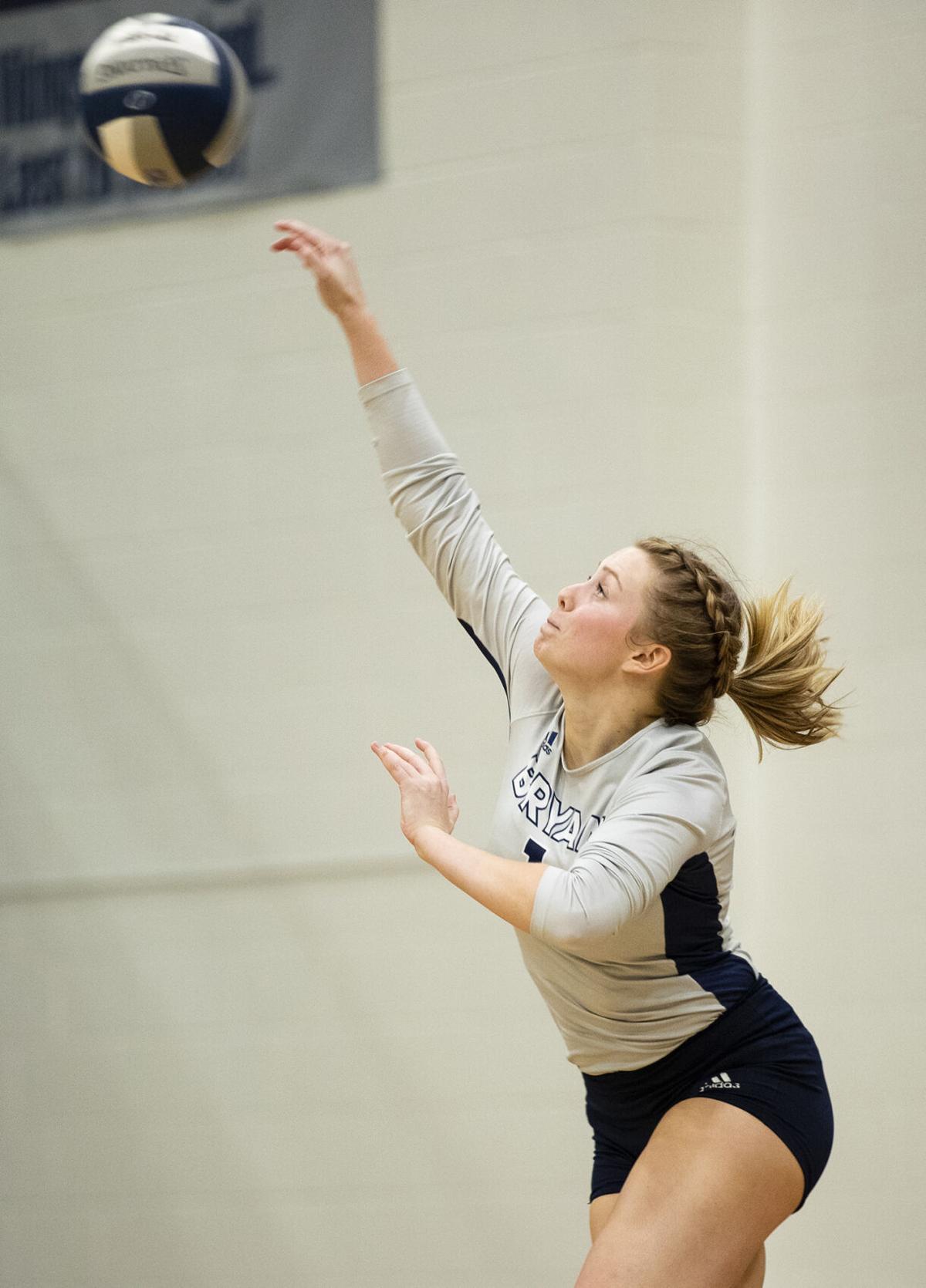 But Bryan head coach Stephanie March was not displeased in a match that she used to implement some new techniques for her team, she said.

“We played good for the level of competition,” March said. “We didn’t play as clean as we ideally want to, but we’re putting in some new stuff. The jump serves — completely new. We were adjusting a few things.”

The jump serves often paid dividends. Bryan (21-8, 4-0) recorded 12 aces led by three apiece from senior setter Rilee Cumpton and junior Micayla Polasek. Cumpton planted a serve on the court in each of the three sets. Two of Polasek’s aces came back-to-back in the second set as a part of a six-point run for Bryan.

Bryan jumped to an early six-point lead at 10-4 in the first set, but the Kangaroos slowly crept back into the set, getting to within 22-20 late in the frame before Bryan used a final push to put it away.

The Lady Vikings dominated throughout the second set thanks to fast-dipping serves from Polasek. Bryan used an early 7-0 run and Polasek’s 6-0 streak at the service line to put away Killeen, holding the Lady Kangaroos to one kill in the set.

Killeen appeared to have a grip on the third set, jumping to a 15-10 lead thanks to eight Bryan errors. But Bryan steaded itself during an 8-1 run that included kills from five different Lady Vikings as they took a lead they didn’t relinquish.

Lady Kangaroo junior outside hitter Cynclare Wright paced her team in kills with seven, and senior setter Yazmin Villasana had three. Killeen fell to 0-4 in district.

While it wasn’t always pretty, Tuesday was another opportunity for Bryan to improve as a team, which March called a positive.

Despite a slow start, the College Station volleyball team continued its quest toward an undefeated District 19-5A slate, sweeping Waller 25-21…

When Tyndall McNamara left baseball to focus on football as a sophomore, there was little anyone could do to change his mind. That determinati…