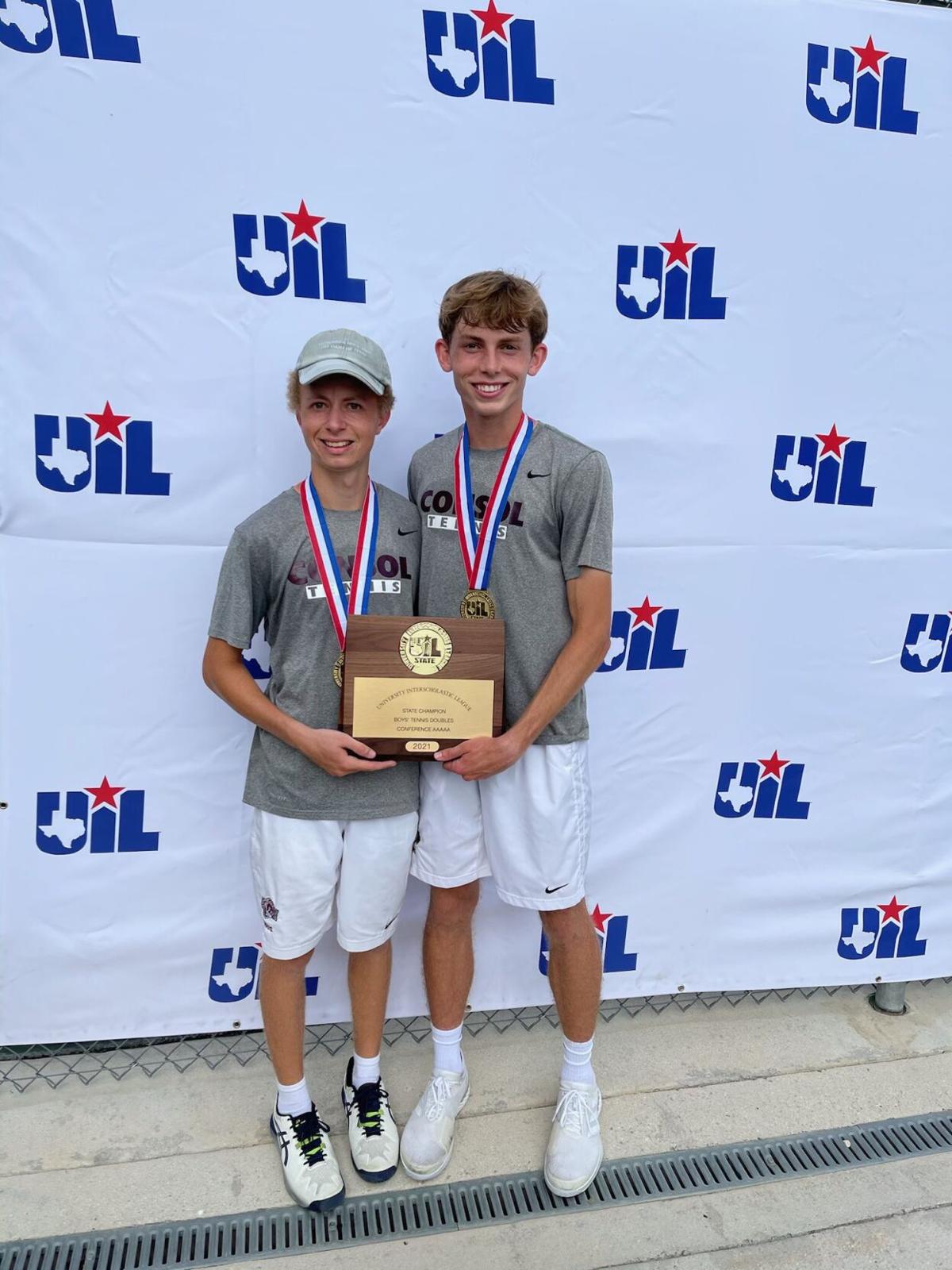 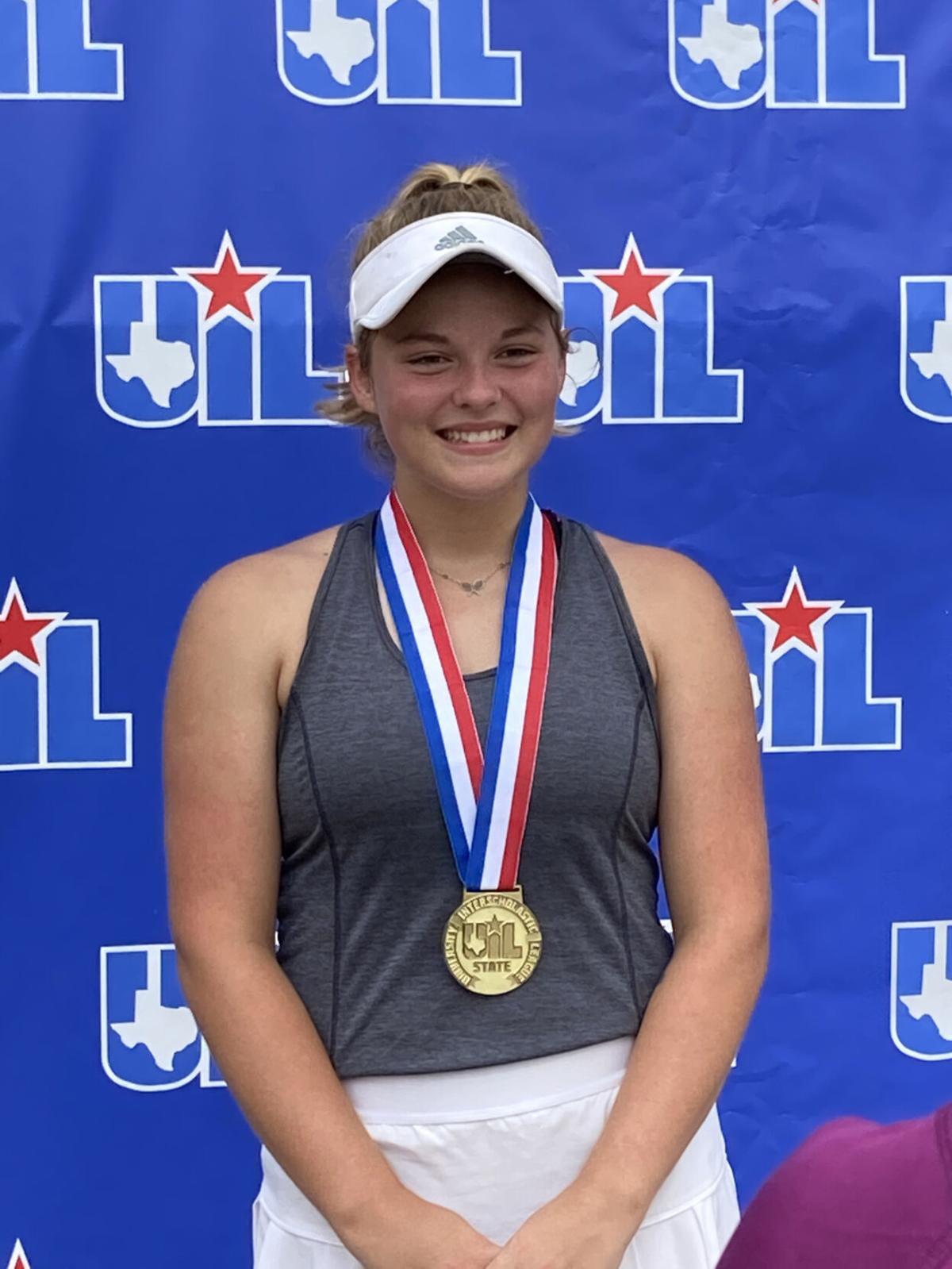 “Our last match was actually pretty straight forward, so it felt kind of anti-climactic, but I still really like winning, and we were both still really excited,” Schade said. “We just pulled ahead really early on, and that kind of demoralized our opponents, and they didn’t play that well after that.”

Schade also won the 5A state doubles title in 2019, while Watson earned his first championship in his first state tournament appearance.

“I was pumped the whole time,” Watson said. “We were yelling, and it had to end on a double fault, which kind of sucks, but you can’t be picky. We just wanted to win.”

On Thursday, the duo was challenged in a three-set victory over a doubles team from Frisco Heritage.

“Yesterday, we started really strong, and in the second set the other team kind of found some momentum,” Watson said of the Tigers’ 6-1, 1-6, 6-4 victory over Anish Madgula and Liam Selvido. “Today we knew after we’re starting strong we’ve got to keep our foot on the gas, because anything can happen, and that’s what we did.”

Schade will attend Cornell next fall to study atmospheric science and will try to walk onto the tennis team. Watson will attend Baylor to study business and plans to play club tennis.

Franklin senior Ali May won the 3A girls singles title Friday morning with a 6-2, 6-0 win over Reagan County’s Lizbeth Hernandez.

May lost in the state title match as a freshman in 2018 and advanced to the state semifinals in 2019 as a sophomore.

“I worked really hard over the years from when I was little to now to earn it, and I’m very glad that I was able to accomplish that,” May said. “This year I just felt a lot more relaxed. I’m already signed to my college to go play and there wasn’t a whole lot of pressure on me, so I was able to pull through in my bigger match.”

May didn’t drop a set in the state tournament en route to her first state title as she leaned on her experience and a tough mental game.

“In a few of my matches, the girls were kind of losing it a little bit mentally, and there were some crazy things that kind of happened, especially in my semifinal match, but I was able to stay calm and still remain semi in control and keep my head about myself and not go crazy,” May said.

May is set to continue her tennis career at Ouachita Baptist in Arkansas starting in the fall.

College Station has filled a coaching vacancy by promoting assistant girls basketball coach DeAnna Doles, but the school is looking for two mo…

College Station will host over 180 select softball teams in the Texas State Championships and the Southwest Regionals over the next two weekends.

Bryan senior Reid Russ committed to play baseball for McMurry next season in Abilene. Reid lettered for the Vikings three seasons. He won the …

Centerville scored big when it hired Bill Hunter as its football coach in 1989. Hunter, who had a reputation for rebuilding struggling program…