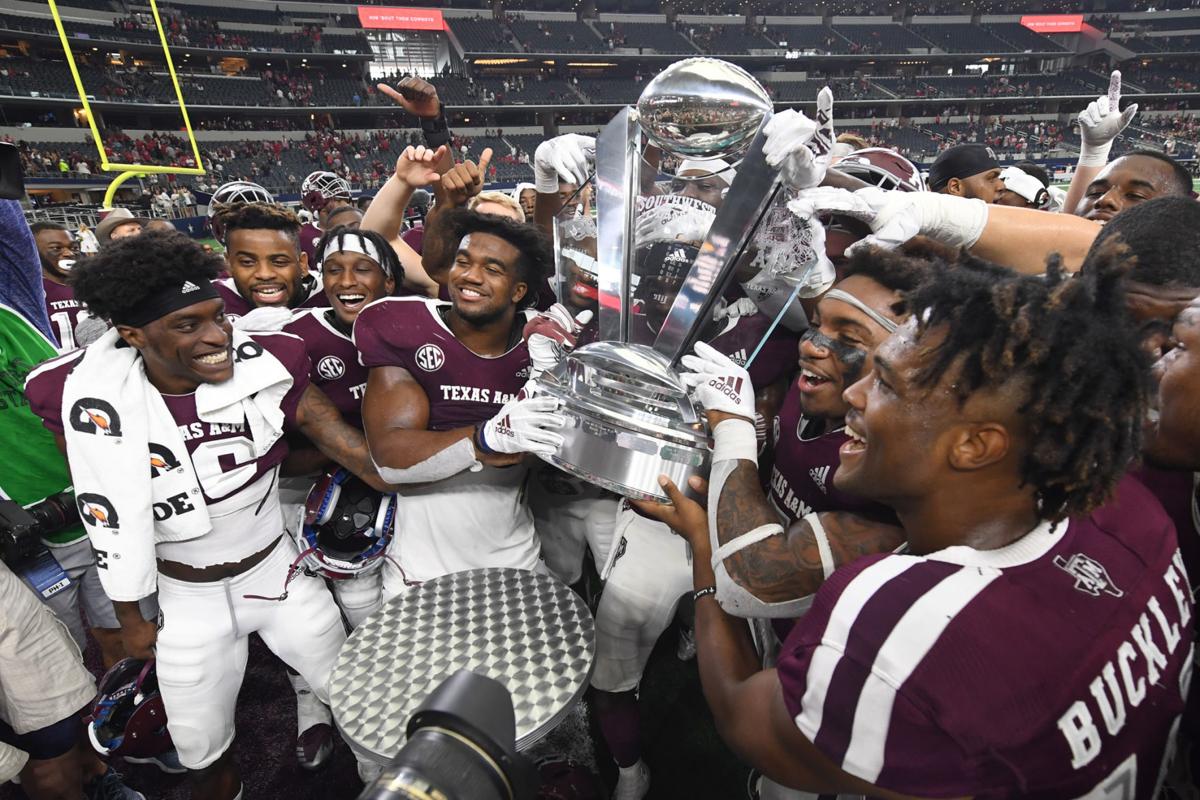 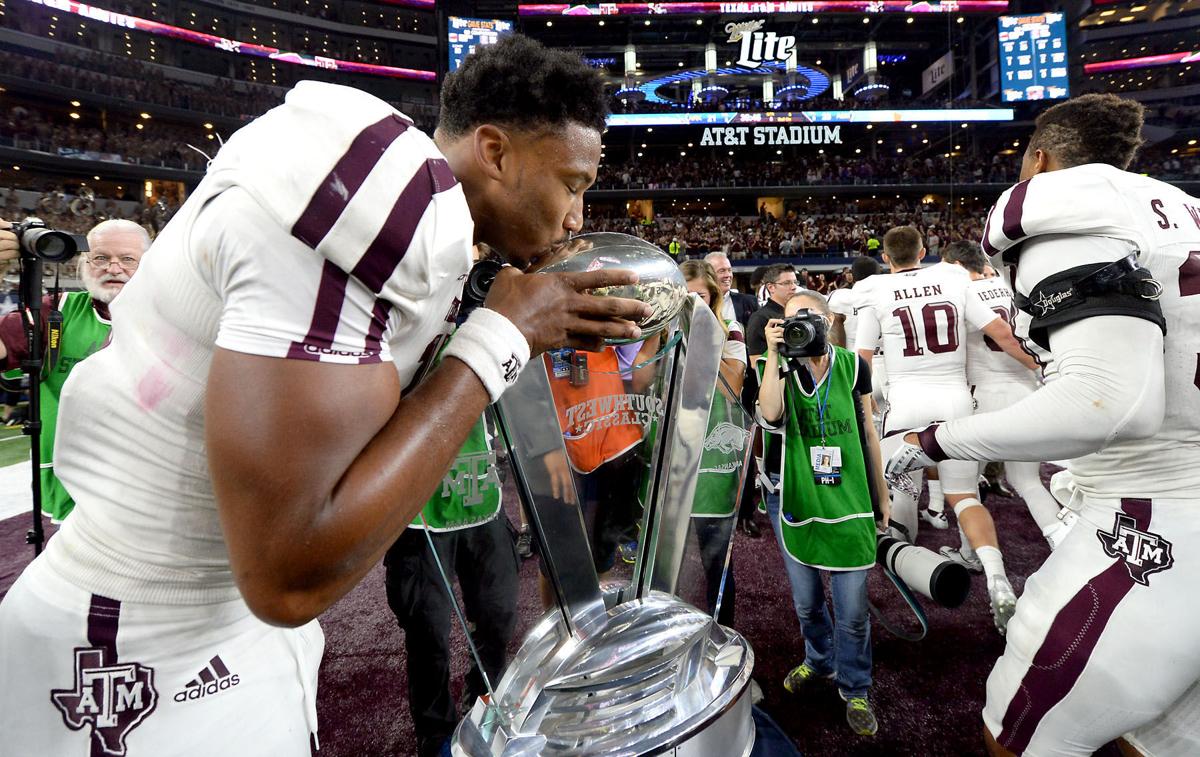 For the third straight year, the Southwest Classic between Texas A&M and Arkansas at Arlington’s AT&T Stadium will serve as an 11 a.m. matinee for Saturday’s marquee games.

Both teams showed they aren’t ready for prime time last week. The 23rd-ranked Aggies (2-2) never led in a 28-20 loss to eighth-ranked Auburn in a Southeastern Conference opener, while Arkansas (2-2, 0-1) lost 31-24 to San Jose State, which snapped a 24-game losing streak against Power Five conference teams with the victory in Fayetteville, Arkansas.

A year ago, Arkansas lugged a three-game losing streak into the annual meeting — a stretch that included back-to-back losses to North Texas and Auburn by a combined score of 78-20. The Aggies, meanwhile, were coming off a 45-23 loss at Alabama. Two years ago, Arkansas lost to TCU 28-7 the game before playing A&M, while the Aggies had won two in a row but in many ways were still reeling from the season opener at UCLA where they blew a 34-point lead in a 45-44 loss.

The last two Southwest Classics, though, have been highly entertaining with A&M grabbing a 50-43 overtime victory in 2017 and the Aggies holding on for a 24-17 victory last year. It marked the fourth time in five years the outcome has been decided by a touchdown.

“You take the records out. You take the previous games out of play,” Arkansas coach Chad Morris said. “This is a big ball game for both, two teams with backs against the wall, and I think you’re going to see the best of both.”

Unfortunately, both teams failing to play their best before the Southwest Classic has made the annual game a tough sell for television and fans. Saturday’s meeting will be the fourth to kick off at 11 a.m. since 2011. Last year’s game drew only 55,383 fans, the lowest of eight games played at the home of the Dallas Cowboys.

A&M coach Jimbo Fisher, who will be coaching in his second Southwest Classic, supports playing neutral-site games. He believes it prepares players and fans for possible conference championship and College Football Playoff games.

“It’s a great thing,” Fisher said. “You’re in [Dallas-Fort Worth] where a lot of our players come from. It’s great for their families to have access to be able to come there. It’s easy for recruits to come to the game. They can come up there and see us.”

Arkansas also has a huge alumni group in Dallas, including Cowboys owner Jerry Jones, who was instrumental in getting the former Southwest Conference rivals to resume their series that ended in 1991 when Arkansas left for the SEC. A&M and Arkansas signed a 10-year contract to meet at AT&T Stadium that started in 2009. When the Aggies joined the SEC in 2012, the teams played a home-and-home series then returned to Arlington in 2014.

The games have been exciting but tough to promote. Arkansas and A&M both have been ranked only once in the last seven meetings. In 2016, the 10th-ranked Aggies outscored the 17th-ranked Razorbacks 21-7 in the fourth quarter for a thrilling 45-24 victory in the battle of unbeaten teams that kicked off at 8 p.m. as ESPN’s prime-time matchup of the weekend.

Ultimately, however, the game isn’t on the national radar. It’s a historical rivalry, because the schools met annually from 1934-91, but it hasn’t been able to match the intensity it had before Arkansas left for the SEC.

Part of the problem has been the series’ one-sided nature since it resumed. Arkansas won the first three games at Cowboys Stadium from 2009-11, but A&M has won seven straight, its longest winning streak in the series that includes 75 games. Arkansas leads overall at 41-31-3, a number inflated by history, for the Razorbacks have been a shadow of their best selves for some time, finishing last in the SEC West four of the last six years.

And that continues this season. Arkansas is a 23-point underdog Saturday making it the second straight year A&M has been favored by at least three touchdowns.

“I’m looking at film and I don’t see that,” Fisher said. “We expect a very tough game against Arkansas. It’s always a rivalry game. The game’s always had great history with great tradition.”

Arkansas might have to win a few games in Arlington to spark the rivalry — and possibly to keep it at AT&T Stadium. The Southwest Classic contract runs through 2024, and first-year A&M athletic director Ross Bjork told the Houston Chronicle last week that conference games should be played on campus.

Texas A&M has brought out the best in Arkansas in recent years, which will continue Saturday in Arlington.

A look at what both teams must do to come out ahead on Saturday.

Cessna: Maybe all in Aggieland should've seen this season coming

It’s been a long week for anyone connected with the Texas A&M football program. The concern is there will be more like it, probably too ma…