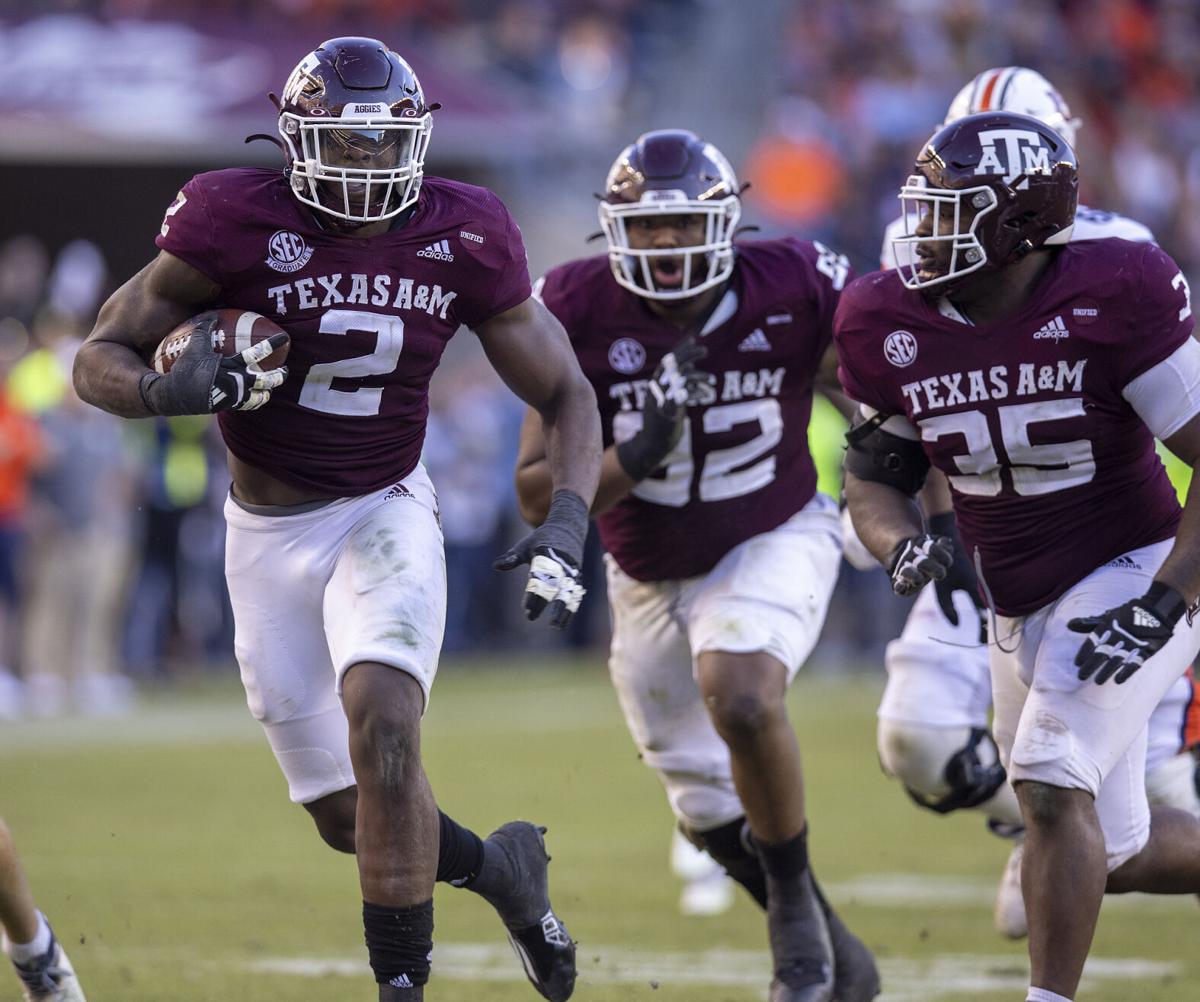 Texas A&M defensive end Micheal Clemons (2) returns a fumble 24 yards for a touchdown during the fourth quarter against Auburn on Saturday. 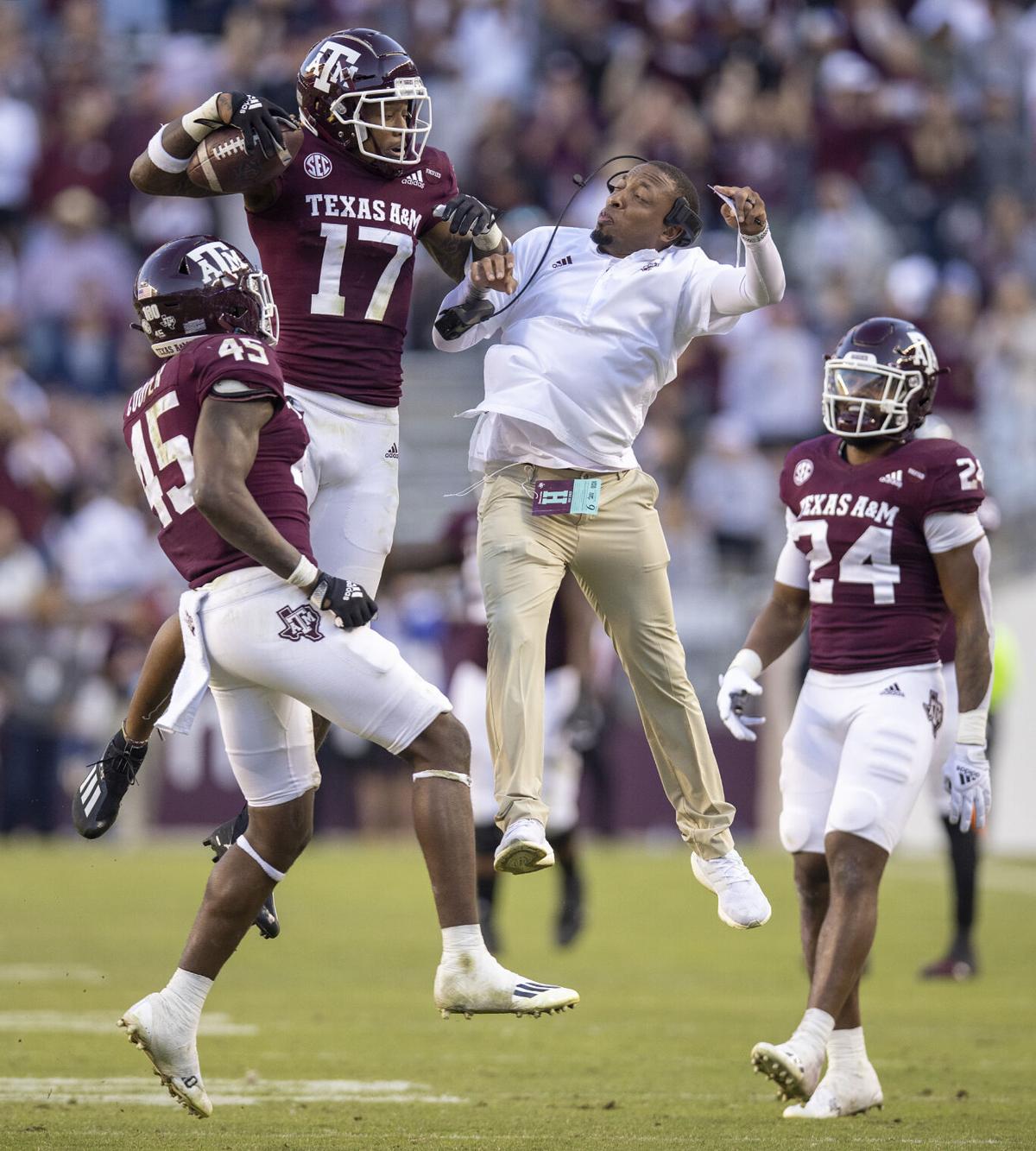 An Aggie defender scored the game’s lone touchdown as 13th-ranked Texas A&M shut down No. 12 Auburn with its defense and pulled away for a 20-3 win Saturday in Southeastern Conference play at Kyle Field.

Senior defensive end Micheal Clemons’ 24-yard fumble recovery for a touchdown put A&M ahead 17-3 with 13:04 left in the game and came less than a minute after Seth Small made the third of his four field goals. Clemons dove into the end zone and enjoyed a swarming celebration of Aggie teammates as the Wrecking Crew made the play of the day.

“[A&M defensive coordinator] Mike Elko drew up a great play for me,” said A&M defensive tackle Jayden Peevy, who stripped the ball from Auburn quarterback Bo Nix on the play. “He had me outside contained. Bo ... he’s a great quarterback and likes to scramble a lot. I just took my shot on him and ... touchdown.”

“I was up until like 3 [a.m.] last night just watching film of the offensive line,” Peevy said. “I knew we was capable of stopping this offense. Shout out to Mike Elko for the game plan. But the D‑line, linebackers, safeties, we all played our ass off today.”

Auburn converted just 4 of 16 third-down attempts. The Aggies often shifted to a dime look on third-down plays, using a three-man defensive line by taking out a tackle and bringing in Tyree Johnson to rush off the edge. Johnson didn’t start, and his role was mainly limited to the third-down package, but he made an impact early. On Auburn’s first drive of the game, Johnson sacked Nix for a loss of 10 that pushed the Tigers back into their own territory and forced a punt. On Auburn’s third drive, Johnson sacked Nix again to force another punt. Those were his only tackles of the day but pushed his team lead in sacks to eight.

For weeks, Leal has teased reporters about the A&M defense creating its own nickname this season but has yet to reveal it, and he wasn’t ready after Saturday’s near-shutout performance.

Texas A&M defensive end Micheal Clemons (2) returns a fumble 24 yards for a touchdown during the fourth quarter against Auburn on Saturday.