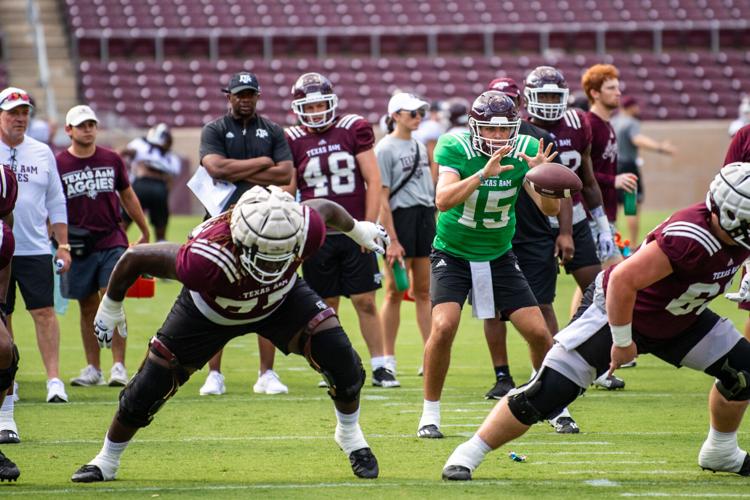 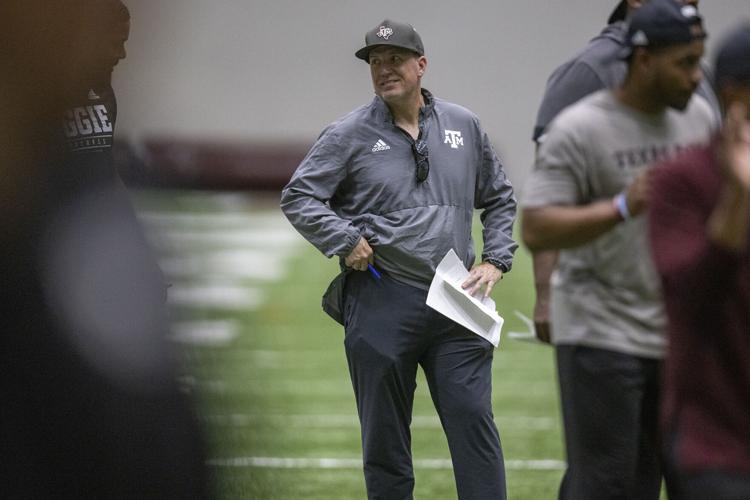 Offensive coordinator Darrell Dickey, who worked with the quarterbacks in his first four seasons under head coach Jimbo Fisher, is now with the tight ends. Former Auburn quarterback Dameyune Craig, who previously worked with the wide receivers, is with the quarterbacks. James Coley, who spent the first two seasons on the staff tutoring the tight ends and added the title of co-offensive coordinator in February, is now working with the wide receivers.

“We’ve mixed it around in different ways than what we’ve had,” Fisher said Sunday at a morning press conference.

Those changes are reflected on the school’s website with Dickey and Coley both listed as offensive coordinators with their current position group.

Dickey, who is in his 40th season of coaching, was in charge of the tight ends at LSU from 1991-93 and he’s also worked with running backs at several stops. Craig previously in his career worked with quarterbacks and Coley has worked with all receiving groups and quarterbacks.

“Right now, we’ve switched some guys around on offense,” Fisher said. “They’ve all done it before and every one of them has coached those positions before, [and they know] the dynamic of how we do things and how we want to go.”

One thing that hasn’t changed is that Fisher will call the plays. The coordinators during the season will organize weekly plans with input from the head coach, Coley said.

“[We are] making sure that Coach Fisher’s thoughts get down and [repeated] versus the right looks,” Coley said. “Making sure that whatever needs to be messaged to the rest of the guys, that we are the voices for that group. Then during game day, it’s [about] adjustments. So he’s continuously looking, asking: ‘All right, what do we gotta do here? They are doing what to us?’ Then we give him that input, Coach Dickey [from the press box] and myself on the sideline.”

The defensive staff retained all its position coaches, but D.J. Durkin was hired as the coordinator, replacing Mike Elko who became Duke’s head coach.

“I love the schemes that [Durkin’s] doing – a lot of the same stuff,” Fisher said. “And there’s added things, the way they do things a little differently.”

Durkin’s base defense features four linemen, but his options include three linemen.

“Coaching is about being able to build your scheme around your players, so we’re multiple,” Durkin said. “If you look at where we’ve been, we’ve been a little different at every stop, just based on how the players are.”

Durkin spent the last two seasons at Ole Miss. The Rebels won last year 29-19 as A&M managed only 378 yards and threw two interceptions. The teams didn’t play in 2020 because of COVID-19.

NOTES — A&M had an open practice Sunday afternoon at Kyle Field. The players were in shells. The team will practice in full pads Monday for the first time. A&M will be off Tuesday after having six straight days of practice.

ARLINGTON — There was excitement in the Texas A&M locker room after the 23rd-ranked Aggies downed No. 10 Arkansas 23-21 at AT&T Stadiu…

ARLINGTON — In another dramatic edition of the Southwest Classic, the 23rd-ranked Texas A&M football team needed every bounce and positive…

When quarterback Max Johnson entered his name in the NCAA transfer portal, it didn’t take long for seven or eight schools to reach out to him,…

ARLINGTON — Antonio Johnson heard the crowd go wild. Texas A&M’s defensive back was on the field but couldn’t see what happened. He just k…