• Franklin senior quarterback and free safety Bryson Washington earned The Eagle’s Brazos Valley football player of the week honors for his performance in the Lions’ 69-38 win over Buffalo on Friday. Washington ran for 262 yards on just 11 carries with four touchdowns, and added 12 tackles, a forced fumble and fumble recovery, an interception and a pass break up on defense.

OFFENSIVE PLAYER OF THE WEEK

• Brenham remained undefeated in District 13-5A Division II play thanks to Stackhouse’s six touchdowns, which led the Cubs to a towering 47-3 victory over Bastrop on Friday. The junior quarterback had 168 yards through the air with four touchdowns and added 80 yards on the ground for two more scores.

DEFENSIVE PLAYER OF THE WEEK

• Scott led a Rockdale defensive unit that forced four interceptions and seven sacks in a 44-13 victory over Academy. The junior linebacker and safety finished with 14 tackles, five tackles for loss, two sacks, two quarterback pressures and an interception he returned for 35 yards.

TWO-WAY PLAYER OF THE WEEK

• A&M Consolidated tailback and kicker Sutton Lake had 174 yards on the ground with two touchdowns and 113 yards receiving for another score in the Tigers’ 56-0 shut out of Lamar Consolidated. Lake also went 7 for 7 in PAT kicks and only punted once for 38 yards.

• Creamer scored five of Iola’s seven touchdowns in its 51-13 victory over Milano. The senior wide receiver took his talents to the ground and rushed for 197 yards on just 11 carries with touchdown runs of 3, 72, 5, 6 and 1-yards.

• Kasowski took care of business in Bremond’s first game since Oct. 2, throwing for 121 yards and three touchdowns. The senior also rushed for 228 yards and averaged 16.3 yards per carry in the Tigers’ 64-30 win over Wortham.

• Centerville running back Levodrick Phillips had a breakout game on Friday after rushing for 175 yards on 25 carries and three touchdowns, leading the Tigers to a close 38-34 win over Grapeland.

• College Station almost shut out New Caney in its 49-7 victory on the road on Thursday and defensive lineman Caleb Skow was a big part of the Cougars success. Skow finished with 10 tackles, two tackles for loss and two sacks on the Eagle’s quarterback Jaydon Tutwiler-Drew.

• Consol’s Kyle Willis went 15-of-23 passing for 245 yards and added two touchdowns for the Tigers.

• St. Joseph’s Trace Brightwell led the Eagles to a 65-8 win over Bellville Faith Academy after rushing for 49 yards on three carries and a touchdown, and adding 99 yards through the air for three more scores.

Defense covers for sloppy offense in No. 5 Aggies' 20-7 win over Tigers

Conditions were far from ripe for the Texas A&M offense to return to action Saturday against LSU. Three weeks had passed since the Aggies …

Frequently when A&M Consolidated’s Sutton Lake lines up for a field goal, he doesn’t have time to think about the kick. As the team’s stan…

It was up in the air Tuesday if Texas A&M sophomore guard Emanuel Miller would be available for Wednesday’s game against Tarleton State. H…

KATY — The Friendswood volleyball team kept swinging, but College Station kept fighting back with blocks and one unbelievable dig after anothe…

No. 5 Aggies need win over Tigers to stay in College Football Playoff chase

It’s debatable if Texas A&M and LSU are rivals, but there’s no doubt their football games typically have plenty riding on the outcome, esp… 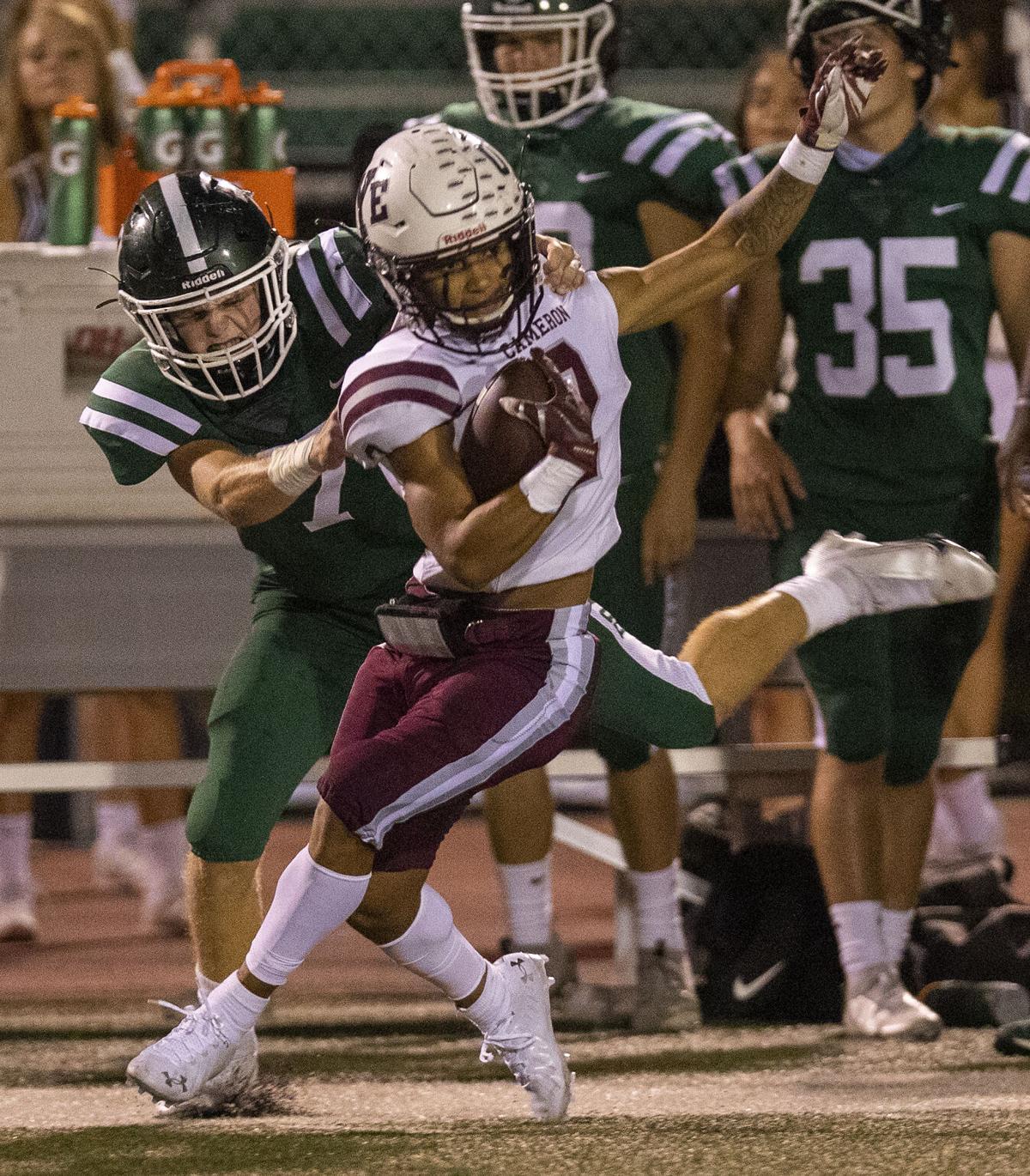 Cameron’s Jaidyn Sanchez holds on to the football as Franklin’s Seth Shamblin tackles him Friday in Franklin.