Leading by two late in the fourth quarter, the Brazos Christian defense swarmed Tomball Christian HomeSchool running back James Cassidy at the line of scrimmage on a tying conversion attempt, and the Eagles held on for a 32-30 victory over the Warriors on Friday night.

“It was a really gutty, gutsy, gritty performance, and I was incredibly proud to find a way to get the stops at the end that we needed,” Brazos Christian head coach Ben Hoffmeier said.

The Warriors took a 14-13 lead early in the third quarter when quarterback Noah Rose scored on a 4-yard run.

But Brazos Christian (2-0) answered on the ensuing kickoff as Ryan Burtin ran it back 80 yards for a touchdown to regain the lead.

“I was really just trying to stick to the game plan,” Hancock said. “Our coaches do a great job every week of setting it up for us.”

“We wanted to spread it out and get to as many playmakers as we could,” Hancock said. “We felt like we had a lot of speed on our team compared to other teams. All of my receivers are amazing, and I know they’re not going to drop it, so it’s great to have that type of confidence.”

Tomball Christian HomeSchool’s Cassidy and Silas Shivers made up an effective 1-2 punch from the backfield, accounting for 131 rushing yards combined.

“They were pounding us inside, so we had to put some heavier bodies on the field,” Hoffmeier said. “Ours guys adjusted really well to that.”

Brazos Christian will play at Central Texas Christian at 7 p.m. next Friday in Temple, while Tomball Christian HomeSchool will face Tomball Rosehill Christian.

Texas A&M has hired TCU’s Jim Schlossnagle as its head baseball coach, according to a press release from the athletics department.

Texas A&M has hired TCU head baseball coach Jim Schlossnagle, according to a release from the athletic department.

College Station has filled a coaching vacancy by promoting assistant girls basketball coach DeAnna Doles, but the school is looking for two mo…

In 2009, the TCU baseball team fired up a special piece of audio before the season began.

EUGENE, Ore. — Athing Mu set a college record in the women’s 400 meters and anchored the Aggies’ 4x400 relay team to victory in leading the Te…

EUGENE, Ore. — Second-place efforts by Bryce Deadmon in the 400 meters and Brandon Miller in the 800 helped the Texas A&M men’s track and … 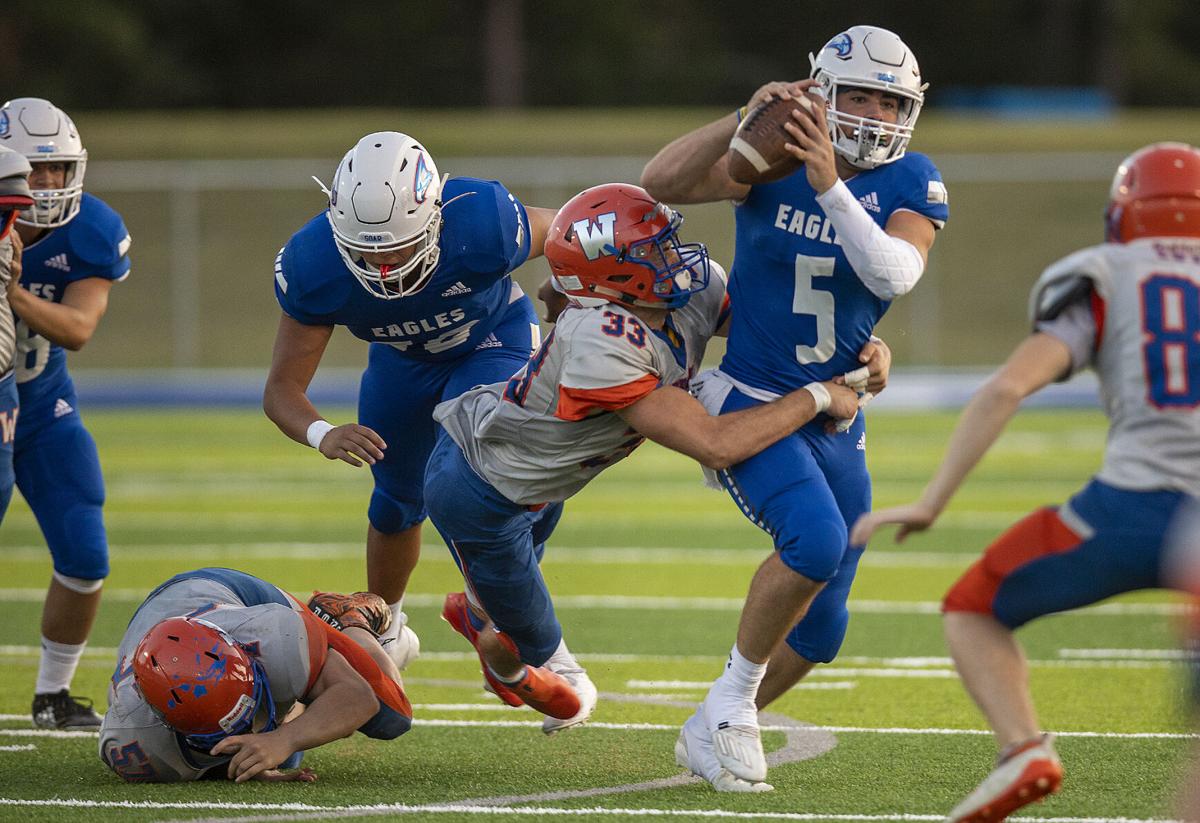