The Brazos Christian Eagles fell behind 21-0 at halftime and couldn’t rally in the second half, losing to Shiner St. Paul 49-26 on Homecoming night at Eagle Stadium.

Brazos Christian (2-2) reached the St. Paul 2-yard line early in the game but fumbled in the end zone. St. Paul then took a 7-0 lead in the first quarter, eventually building it to a three-touchdown lead by halftime.

“It’s certainly a mix bag,” Brazos Christian head coach Ben Hoffmeier said. “We had a lot of opportunities in the first half, and it felt like we shot ourselves in the foot on several occasions that we could have scored. We dropped a touchdown, blew a blocking assignment, got sacked. We fumbled in the end zone, and if you execute on those plays you might be looking at a tie ball game.”

“We’re going to prepare with energy, make sure we’re ready to come out, and I’m really confident,” Hancock said. “I just need to be better when given the ball and play with the team, and we can beat anybody if we do that.” 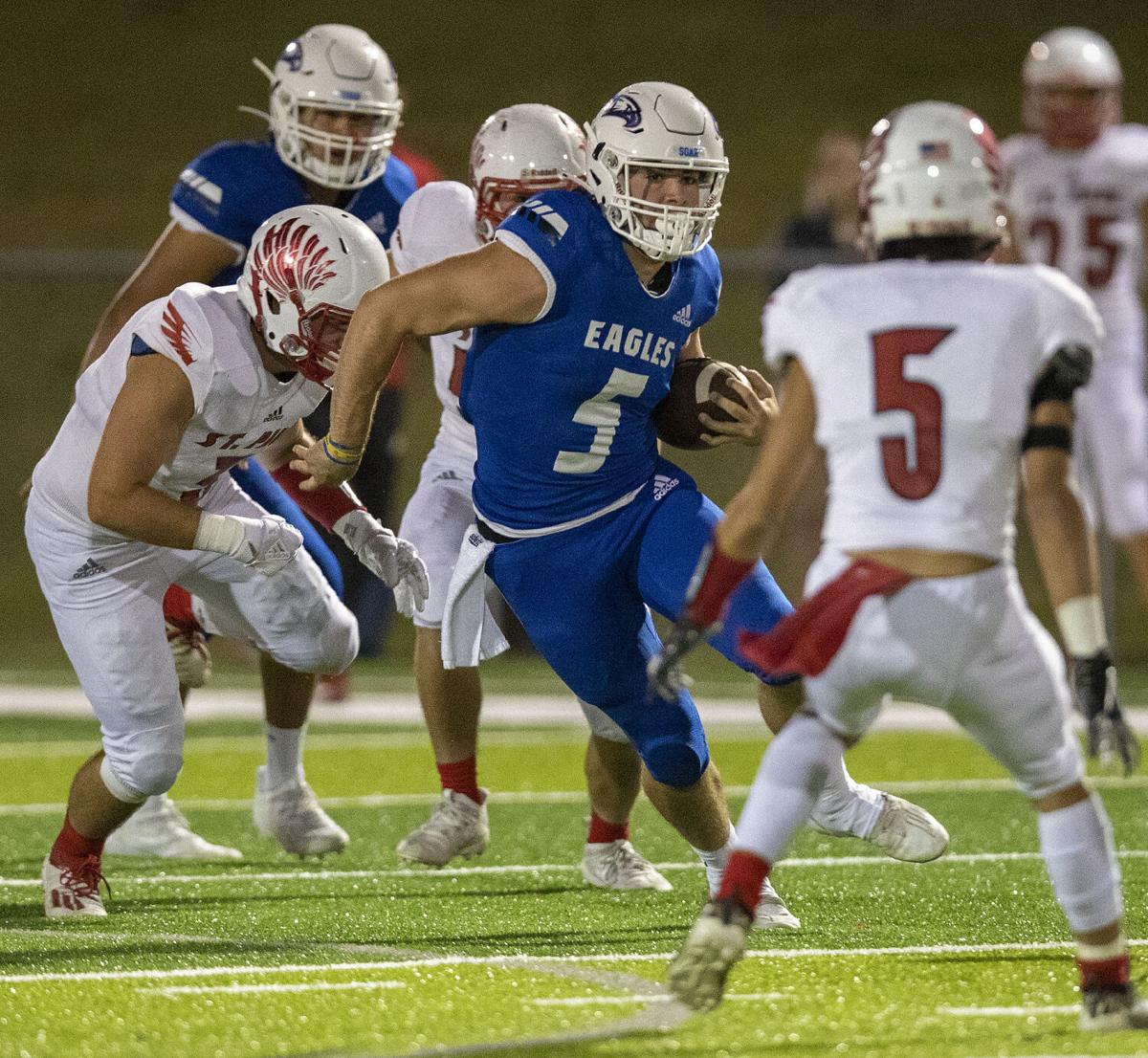