CAMERON — Bellville’s Richard Reese rushed for 344 yards and scored seven touchdowns to lead the Brahmas to 54-41 shootout victory over the Cameron Yoemen on Friday night.

Cameron (1-1) was led by quarterback Zane Zeinert who threw for 183 yards and three touchdowns. Phaibain Bybaum added 115 yards rushing and two touchdowns for the Yoemen (11-3A-I), who were ranked ninth by Texas Football, but had the game’s lone turnover.

Rudder met its match on Friday.

FRANKLIN — Franklin’s offense was so good, it also produced the defensive play of the game. 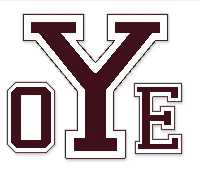