The story of George Bush is a fascinating one of adventure, courage, dedication and ser¬vice. The exhibit galleries trace his life from his years as a young boy learning the value of public service, to his years as a Navy hero and world leader. Explore countless photos, archival documents, news cover¬age and never-before-seen film footage documenting world-changing events such as the reunification of Germany, the dissolution of the Soviet Union, the invasion of Panama and the end of the Cold War.

The museum reveals the unique influences and challenges that shaped Bush's life and presidency through artifacts, films, photographs, documents, music and interactive video that creates a museum experience that is both educational and entertaining. Included in the museum's exhibits are items ranging from a 1925 film of George Bush's first steps in Kennebunkport, Maine, to records and memorabilia from his tenure as the 41st President of the United States. Visitors can also see a replica Camp David office and White House Situation Room, and have a photo made in our replica Oval Office.

Like the other Presidential Libraries, the George Bush Presidential Library and Museum is also a research institution. Fully integrated into the academic environment of Texas A&M University, the library’s col¬lections include more than 43 million pages of official and personal papers; 2 million photographs; 2,500 hours of videotape; and 100,000 museum objects. These rich primary sources document George Bush’s distinguished public career as congressman, ambassador to the United Nations, chief of the U.S. Liaison Office in China, chairman of the Republican National Committee, director of the Central Intelligence Agency, vice president and president.

These materials are preserved and made available for research and museum exhibitions. Together, they docu¬ment the life and career of George Bush and form an important historical record of the critical years in the late 20th century. The museum also contains a special section is dedicated to former first lady Barbara Bush, and a classroom designed specifically for students from kindergarten through high school.

The museum is open seven days a week with the exception of Thanksgiving, Christmas, and New Year's Day.

To contact the library and museum, call (979) 691-4000 or visit the George Bush Presidential Library and Museum on the web.

Welcome to the discussion.

Keep it Clean. Please avoid obscene, vulgar, lewd, racist or sexually-oriented language.
PLEASE TURN OFF YOUR CAPS LOCK.
Don't Threaten. Threats of harming another person will not be tolerated.
Be Truthful. Don't knowingly lie about anyone or anything.
Be Nice. No racism, sexism or any sort of -ism that is degrading to another person.
Be Proactive. Use the 'Report' link on each comment to let us know of abusive posts.
Share with Us. We'd love to hear eyewitness accounts, the history behind an article. 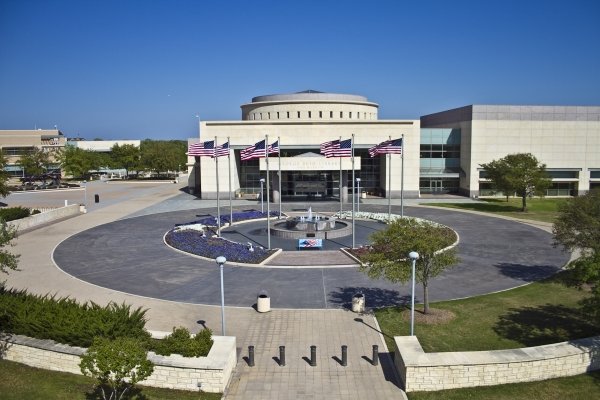 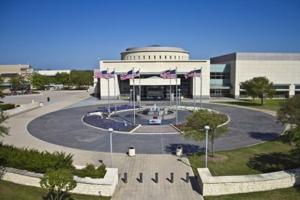