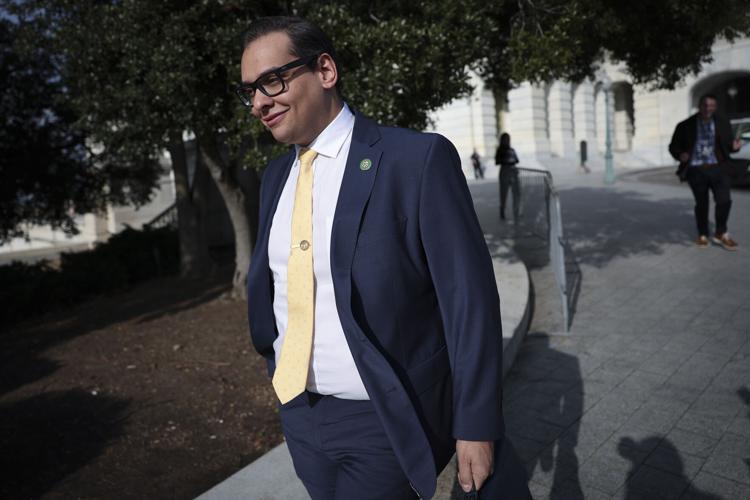 OK, maybe there’s no way the party could have known he’d do that when it nominated him, but the fact that Peña previously had been convicted of 19 felonies and served nearly seven years in prison might have suggested some problems down the road.

This comes amid an ongoing scandal over new Republican House member George Santos of New York, who has been found to have fabricated pretty much every aspect of his life that he presented to voters last year. The head of the Nassau County Republican Party, in Santos’ district, has called on him to resign.

What do these stories have in common? They suggest a Republican Party that simply doesn’t vet candidates for office anymore. Even cursory background checks or interviews would have revealed some problems with these candidates, but today’s GOP doesn’t seem to care. What happened?

In 2018, for example, the Democratic Congressional Campaign Committee played a strong role in shaping the party’s nomination for the House seat in Colorado’s 6th District, recruiting and advocating for Jason Crow to be nominated, and he went on to win the seat against a Republican incumbent.

This kind of calculation by formal party leaders is a pretty common thing. But in the Crow case, there is even audio of a conversation that Steny H. Hoyer of Maryland, then the House minority whip, representing the DCCC, had with Crow’s primary challenger, Levi Tillemann, urging him to get out of the race. Hoyer’s argument was that the party simply believed that Crow would have an easier time defeating the Republican incumbent, Rep. Mike Coffman.

Tillemann refused to bow out, but lost to Crow in the primary.

And even when the general election doesn’t look competitive, parties often have tried to discourage candidates who will hurt their brand and make them look bad. It wasn’t that long ago that House Republican leaders pressured Rep. Steve King of Iowa to leave Congress; his racist outbursts were seen as damaging to the party’s reputation.

While party influence may not always be so overt, the two parties always have been concerned about electability in general elections. But judging from the examples of Peña and Santos, the GOP is more than willing to leave that aside.

In fairness, it’s not quite so simple as that. In numerous Senate races last year, Senate Minority Leader Mitch McConnell, R-Kentucky, spent his energies recruiting and endorsing candidates he thought were electable, but those candidates often were outgunned in the Republican primaries by those backed by former President Donald Trump.

Trump made a point of backing candidates such as Herschel Walker, Blake Masters and Mehmet Oz — people who were famous or wealthy or just said nice things publicly about Trump. Those candidates all underperformed in the midterm election.

Research by political scientists Rachel Porter and Sarah Treul makes clear that there have been some important recent changes in American politics. More inexperienced people are running for office — and winning more often in primaries than they used to, particularly among Republicans since 2016.

Two important factors have driven this change. One is specifically the candidacy of Trump. Prior to 2016, Republicans had been, like Democrats, concerned about candidate electability. GOP leaders rallied around presidential candidates John McCain in 2008 and Mitt Romney in 2012 over other popular, more conservative leaders precisely because they believed that those two candidates had a better shot at winning the general election.

Republicans broadly predicted a Trump candidacy would be poison to the whole party ticket, but then it wasn’t. For many of them, the lesson was, if Trump could take the White House, any electability analysis was out the window.

If Trump could win after everything he said and did in 2016, maybe others could too. And indeed, the party has been far more tolerant of candidates such as Lauren Boebert, Marjorie Taylor Greene, Matt Gaetz and others, who until recently would have been considered the unpalatable fringe.

A second factor is the influence of conservative media such as Fox News, which are a dominant source of political information for Republican primary voters. These outlets generally don’t portray extremist Republican candidates as such; instead, they portray them as unfair victims of the “mainstream media” and turn their accusations and attacks on progressive Democrats. It’s hard to punish a problematic candidate inside an echo chamber.

Still, Boebert won her “safe” western Colorado district by fewer than 600 votes in November, and many candidates who parroted Trump’s lies and conspiracy theories did worse.

Could the poor midterm results cause the GOP to push back toward more candidate vetting?

Not necessarily. Among Kevin McCarthy’s many concessions to Republican dissidents during his protracted effort to become House speaker was a pledge that the Congressional Leadership Fund — a large political action committee controlled by McCarthy — will not spend in future open primaries in “safe” GOP districts. This fund has been a major advocate of more moderate and electable candidates, spending a quarter of a billion dollars in the 2022 cycle, and now it will stand down. This move seems likely to produce more Boeberts, Gaetzes and Taylor Greenes, not fewer.

It’s possible the Republican Party once again could become concerned about its reputation and want to avoid nominating serial liars and potential terrorists. But that’s going to take work, and a lot of trends are already aiming it the other way.

Seth Masket is a professor of political science and director of the Center on American Politics at the University of Denver. He wrote this for the Los Angeles Times.

Wife shouldn't be charged with murder

What's the point of charging Ellen Gilland with first-degree murder? Yes, she killed her husband: She walked into his 11th-floor hospital room…

When the chief was the Supreme Court leak

Six months of investigation, interviews with 97 employees, and meticulous forensic examination of computers and cellphones have failed to iden…

But what if Damar Hamlin had died?

Damar Hamlin, a safety for the Buffalo Bills, almost died on Jan. 2. His heart stopped after a blow to his chest during a "Monday Night Footba…

The scene in the courtroom just before noon was busy but muted. About 40 or so people, almost all journalists, chatted. Some set up their came…

You’d think Taylor Swift would be happy with the way her 52-date “Eras Tour” has gotten underway. In November, in a presale for registered fan…