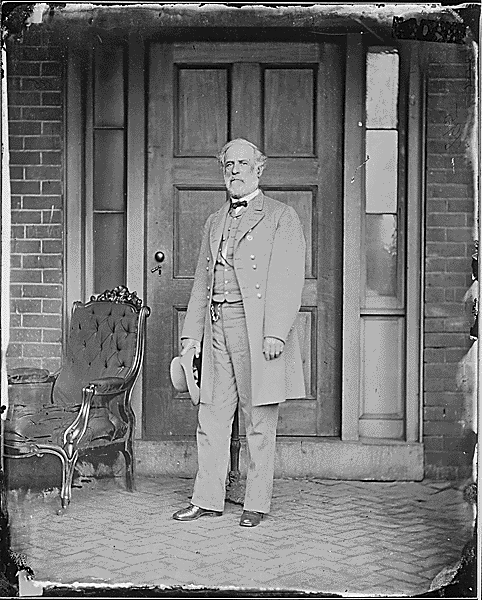 A photo of Robert E. Lee, taken shortly after the Civil War. 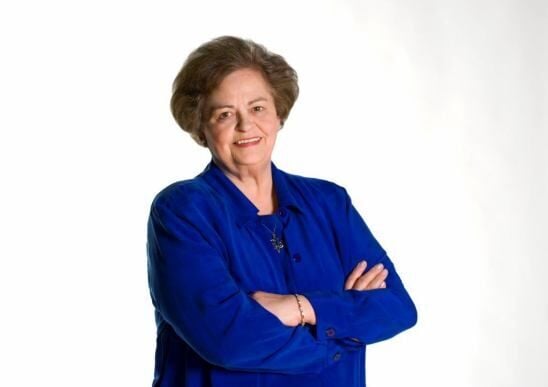 The news has carried pictures of the statue of Robert E. Lee being removed from its prominent position in Richmond, Virginia. It was cut in half to make it possible to move it to a warehouse.

At least Dallas removed its statue from Lee Park without cutting it in half.

We might pause for a moment to see how fitting this picture is to describe how our history is being cut in half.

Will the complete story of Robert E. Lee ever be part of our history again? Will it ever be remembered that Lee said, “The war was an unnecessary condition of affairs, and could have been avoided if forebearance and wisdom had been practiced on both sides.”

Or will it only be remembered that Lee was a Confederate general and thus should never be seen or heard from again?

Though Lee declined Lincoln’s offer to lead the Union Army against southern states he wrote:

“I can anticipate no greater calamity for the country than a dissolution of the Union … and I am willing to sacrifice everything but honour for its preservation. I hope, therefore, that all constitutional means will be exhausted before there is a resort to force.”

Lee’s father, the famous Light Horse Harry Lee led George Washington’s cavalry in the American Revolution. But he also speculated in land and business and lost most of his wealth through reckless dealings and his opposition to the War of 1812.

Will it ever be taught that a young Robert E. Lee, born into a privileged position, grew up in what people then referred to as “genteel poverty.” Yet, with the love and support of his mother, Anne Carter Lee, and the example of two uncles who had signed the Declaration of Independence, he would excel as a student at the U.S. Military Academy and, later, win fame as an officer in the Mexican War where Gen. Winfield Scott called him “the very best soldier I ever saw in the field.”

Will the example he set during these years and his time as superintendent of West Point ever see the pages of another history of the United States? Or will there only be the half story of his life during the Civil War?

In taking down statues of men such as Robert E. Lee, we are ridding ourselves of more than the one dimensional view we may have of this historical figure in today’s “woke” culture. We are cutting our history in half to make it fit today’s view of what should have been done by people who faced difficult and demanding decisions more than a hundred and fifty years ago and, who just like people today, did not have all the “right” answers.

We are losing the complexity of our history which future generations will need when they face difficult situations.

The estate of Arlington came to Lee with his marriage to Mary Anne Randolph Custis, the daughter of George Washington’s adopted son, and brought with it 63 slaves who, according to Custis’ will, were to be freed within five years of his death. Lee saw that this was done, and he made his views on slavery clear when he wrote to his wife that “In this enlightened age, there are few, I believe, but what will acknowledge that slavery as an institution is a moral and political evil in any country.”

Will these events be part of our one dimensional history? Will we have any chance of understanding the complex lives of those who lived so long ago?

Lee was not one who looked for wars to fight. After watching Union troops slaughtered at the Battle of Fredericksburg, Lee told his defensive genius Gen. James Longstreet, “It is good that war is so terrible, otherwise we should grow too fond of it.”

[Editor’s note: Lee also said, “A nation which does not remember what it was yesterday does not know where it is today.”]

Lee was also not one to continue fighting once the war was over. He testified twice before congressional committees. The advice he gave to former Confederates never varied: Forget the passions of the past, and live in peace as loyal Americans.

When Lee died in 1870, Julia Ward Howe, who wrote the “Battle Hymn of the Republic” for Northern troops in the Civil War, eulogized him stating,

A gallant foreman in the fight,

A brother when the fight was o’er …

After the war, Lee served as president of Washington College in Lexington, Virginia. After his death, the college trustees changed the name to Washington and Lee.

Will these tributes be remembered or will they be discarded because they don’t fit today’s views of what should have happened.

Perhaps Lee should have the final word as we plead for a complete understanding of our past.

“The march of Providence is so slow, and our desires so impatient; the work of progress is so immense and our means of aiding it so feeble; the life of humanity is so long, that of the individual so brief, that we often see only the ebb of the advancing wave and are thus discouraged. It is history that teaches us to hope.”

But history can only teach us to hope if we are willing to learn our history — all of it and not insist on cutting it in half. Historian James I. Robertson has given a wonderful account in “Robert E. Lee: Virginian Soldier, American Citizen.” It should be read by all who want to know “the rest of the story.”

Blanche Henderson Brick is a retired professor of history at Blinn College.

When 9/11 mastermind Khalid Sheikh Mohammed emerged at a military commission hearing at Guantánamo Bay last week, smiling and waving to the ga…

Biden has no business at 9/11 events

President Joe Biden says he will visit Ground Zero, the Pentagon and Shanksville, Pennsylvania, on the 20th anniversary of the Sept. 11, 2001,…

The spirit of two Southern governors from more than half a century ago — Arkansas's Orval Faubus and Alabama's George Wallace, who defied the …

Pay or penalize the unvaccinated?

When society seeks to influence behavior, is it better to pay people to act a certain way, or to penalize them if they don’t? The pandemic and…

Head yell leader: Aggies do not boo or chant obscenities

When Patrick Dowdell said goodbye to his father on Sept. 9, 2001, he had no idea it would be the last time he would ever see his dad.

For years after President John F. Kennedy’s assassination in November 1963, people would ask, “Where were you when you heard the news?”

The Ethical Life podcast: Why are school board meetings latest front in culture war fight?

Richard Kyte and Scott Rada also discuss why more young men are not attending college and whether students should be allowed to take mental health days.

A photo of Robert E. Lee, taken shortly after the Civil War.