On Wednesday, July 1, a precious light was extinguished in the Dr. Emilio and Annie Rendon family, with the tragic death of their beloved son Michael. Too, his beloved sister Dr. Rebecca Lange Rendon-Lott and his brother Joseph Enrique Rendon were also left with the burden of losing their brother "Mikey". His "brother" Renato Santos Ph.D. thought Michael walked on water. Until Renato met Michael, he said he didn't know what it was like to be family, Mike's "cousin" Billie Jo Whitehurst, was Michael's friend and confident. The Detectives words "Michael is dead" are burned into his parents' souls.

Michael was a graduate of Central Catholic High School, San Antonio and Texas A&M University, College Station. Michael was a valued full knight of the Knights of Columbus, Council 3205, College Station. His leader, Ray Thomas, spoke highly of Mike, stating that often he was the first to arrive and the last to leave the activities. Furthermore, Mike had a gentle soul and a caring spirit.

Mike's grief stricken father simply said: "It was a privilege being his dad".

Mr. Michael Lee Rendon of College Station formerly of Harper passed away on Wednesday, July 1st at the age of 35 years.

Mr. Michael Rendon is survived by his parents: Emilio and Annie Lange Rendon of Harper; a daughter Lexy Grace Rendon of College Station; a brother and spouse: Joseph and Gabby Rendon of San Antonio; sister Dr. Rebecca Lange Rendon-Lott of Harper; one niece and three nephews. 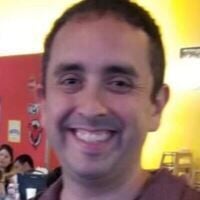 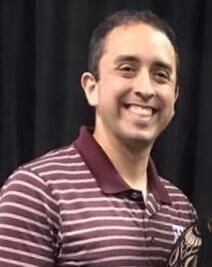