Louese was born to Callie and Alsa Jackson on March 10, 1926 in Groesbeck, Texas. The youngest of seven children during the Depression era, she learned tenacity, perseverance, and a strong work ethic early in life, starting to work picking cotton at the age of three. After high school Louese boarded the Zephyr in Teague and traveled by rail to Houston, where she rented a room in a women's boarding house; and began working as a waitress for Prince's Drive-In Hamburgers on Houston's South Main. Located nearby was, the Hughes Tool Company, and Howard Hughes frequented Prince's for burgers and fries. He once asked Louese, "Hey Beautiful, you wanna' be a movie star?". Unaware of his identity, while walking away she flippantly replied over her shoulder, "Doesn't everyone?".

Louese never became a movie star but she did win a statewide search earning her the title of Best Carhop in Texas! Along with that title came two scholarships – one to secretarial school, the other to modeling school. The beauty completed both curriculums and went on to model for Sakowitz and Neiman Marcus in Houston, Saks Fifth Avenue in New York City, and Lester's and Beverly Braley's in Bryan-College Station; as well as many charity events benefitting non-profit organizations.

She met the love of her life in 1950, and on September 2, 1951, Melva Louese Jackson married Mathis M. Ottea, Jr., in Saint Mary's Catholic Church in Hearne, Texas.

Soon thereafter, the navy stationed the newlyweds in New York City, where in 1953 Louese gave birth to the first of four children. With her husband at sea much of the time, Louese watched television cooking shows and experimented with new recipes. If a recipe turned out well, she prepared it for Mat when on leave; if not, it went down the incinerator. She often said, "If he knew how much food went down our incinerator, he would have shipped me back to Texas, baby in tow!"

After a subsequent naval stint in San Diego, the couple decided to return to the Brazos Valley. So, with her expanded recipe collection in hand, Louese took on the role as wife to an aspiring attorney and mother to four children in Mumford, Texas.

The children were enrolled in Mumford School, where Louese quickly became everyone's favorite room mother because she not only baked for her children's classes but for all eight classes. Her summers were spent with her children, crafting and working countywide crafting programs for underprivileged children.

The law school years were lean years, but Louese was a master of stretching the dollar. She saved S&H Green Stamps throughout each year, redeeming them in December for assorted containers to hold her baked goods as Christmas gifts. Thus began the Christmas Goody Giving tradition that continued for over sixty years.

In the mid-seventies, with her children reaching adulthood, Louese found work outside the home; and parlayed a small town minimum wage retail position into a forty year, four store retail legacy due in large part to the tenacity, perseverance, and work ethic that she acquired as a child.

Of all the roles this 'coulda' shoulda' been a movie star' took on in life, her role as wife and mother was her most cherished one of all; and despite the fact that she was considered by many to be the epitome of style, grace, and sophistication, if asked, she would tell you "in a cotton picken' minute" that she was just a little ole country gal from Teague, Texas". Louese's incredible legacy of love will live on, while she will be dearly missed by her beloved family and many friends.

A public visitation was held on Friday, July 24, 2020 at Memorial Funeral Home in Hearne, Texas. Private graveside services were held on Friday, August 7, 2020 at Greenwood Cemetery in Teague, Texas. 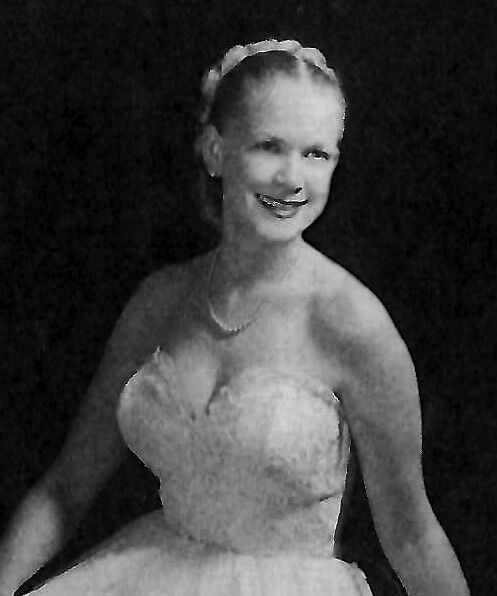