George was a devoted son, brother, husband, dad, granddad, and educator. He proudly served our country for four years in the United States Navy and was stationed aboard the USS Kiowa. He had a life-long love of fishing and vacationing at the beach. George especially looked forward to the Christmas holidays where he delighted in telling the stories behind each and every ornament he strategically placed upon the Christmas tree.

George was preceded in death by his parents, Edward Joseph and Mary Ellen (Undheim) Matott; and his sister, Mary Ellen Tesoriero.

In lieu of flowers, the family requests you donate to the American Heart Association. 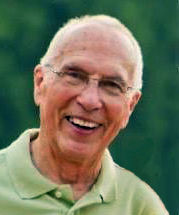