Dr. Joanne R. Lupton, Ph.D. passed away peacefully on June 17, 2020 at her home on Lake Conroe in Montgomery, Texas after a short illness from brain cancer. She is survived, and sorely missed by the love of her life, her husband of 28 wonderful years, Dr. Donald Clark. Both were retired professors at Texas A&M University. Other immediate family, include a daughter, Leslie and husband Joseph Provazek, two grandchildren and five great-grandchildren. She is survived by one brother, Robert Lupton and wife, Margaret from Aurora, Colorado. Dr. Lupton was 75 years old.

Joanne Lupton was born September 28, 1944 at Langley AFB VA to Robert Lupton Jr. and Helen Hearn. Her father was a highly decorated fighter pilot in WW II, and her mother's ancestors came to America on the Mayflower. She grew up in Connecticut and Long Island and graduated from Mt. Holyoke College with a degree in Philosophy and was a very accomplished pianist. She established a career and after ten years she left her position as vice-president of a Manhattan Public Relations firm and moved to Hollywood. Her interest in the science of gourmet cooking led her to a Master's Degree in Nutrition from Cal State then to UC Davis for her PhD. Her teaching career began in the Animal Science Department at Texas A&M in 1982 with one other woman teaching nutrition. She served as Professor of Nutrition for more than 30 years and was the major force in the growth and development of Nutrition at Texas A&M into one of the premier academic nutrition departments in the America.

Dr. Lupton was a Distinguished Professor, Regents Professor, University Faculty Fellow and holder of the William W. Allen Endowed Chair in Nutrition at Texas A&M University. Dr. Lupton gained world-wide recognition for her research and expertise on the effect of diet on colon physiology and colon cancer and her expertise on national and international food policy. She translated basic research on diet and colon physiology to science-based public policy.

Dr. Lupton is an alumna of Mt. Holyoke College and a recipient of an honorary Doctor of Science, honoris causa degree. She earned a Ph.D. in Nutrition from the University of California Davis. She later spent a year at the Food and Drug Administration as Visiting Scholar to establish an evidence system for nutritional health claims in the U.S. For this work, she received the Commissioner's Special Citation for Better Nutrition. She was a consultant to the Mars Corporation and a 2016 winner of Woman's Day Red Dress award for her work related to cardiovascular disease.

Celebration of Life Services will be announced at a later date.

+1
+1
To plant a tree in memory of Joanne Lupton as a living tribute, please visit Tribute Store. 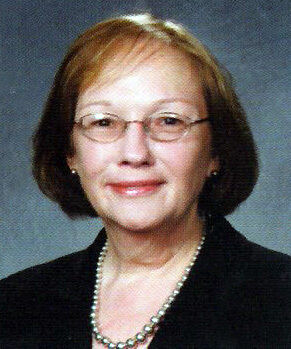