Edward (Ed) Gillar of Bryan passed away at the age of 84 on July 29, 2020 at 11:47 PM after a three decade battle with various cardiovascular related illnesses. Ed was born on April 17, 1936 in Witting, Texas near his parents' farm in Moulton. He grew up in the aftermath of the great depression when hard work was a way of life for most people including the Gillars. At age eighteen, he left the family farm to join the United States Army and was quickly shipped off to Korea where he fought in the Korean Conflict. After his military service, he returned to the United States and worked at Dow Chemical in Freeport, Texas. After saving up enough money for tuition, he attended the Commonwealth Institute of Funeral Science in Houston where he received an associate's degree in Mortuary Science. After graduating and receiving Texas State Funeral Director's and Mortician's licenses, he relocated to Bryan, Texas where he worked for first Hillier Funeral Home and later for Memorial Funeral Chapel. It was while employed at Hillier's that he met the love of his life Josephine (Jo) Morella. Ed and Jo were soon married and later had two sons Mark and John who were born in 1963 and 1967 respectively. Ed and Jo would have celebrated their sixtieth year anniversary on November 20, 2020.

More than anything, Ed loved working with and helping people. While his sons attended St. Joseph School in Bryan, he was very active in the Home and School Association and served as its treasurer for several years. In addition, he was always happy to put his commercial driver's license to good use by driving the St. Joseph School bus to and from field trips and sport's competitions. His love for helping people was nowhere more evident than in his job. He was known for compassionately helping families cope with the loss of their loved ones. Over the course of his fifty-four years in Funeral Services, he frequently received cards and letters from families who were grateful for kindness he showed them. In addition to his volunteer work at the school, Ed was also a member of the St. Joseph Church Usher's Club, The Knights of Columbus, Council #1834, The American Legion Post 159 and The Veterans of Foreign Wars (VFW) Post 4692, the Noon Lion's Club and the Mt. Calvary Cemetery Board.

Ed was extremely proud that both his sons and his grandson Christopher attended St. Joseph Catholic School and received degrees from Texas A&M University. He himself believed that one should never stop learning and continued to educate himself throughout his life. Native American History and Military History were two of his favorite subjects.

In his spare time, Ed enjoyed yardwork, metal detecting, visiting his parents' farm, fishing and attending his grandson's school related events. After retirement, he enjoyed drinking coffee with his friends while they solved the world's problem, playing with his granddaughter Brandy and dropping in on his buddies the Ruffino brothers at Readfield Meats.

Ed was a very caring and loving person. In his final years, all of the nurses and medical professionals who took care of him described him most often as a very sweet man. He is still loved and will be missed greatly by all those who knew him.

Ed was preceded in death by his father Bohumir Gillar and his mother Agnes Gillar as well as his brother-in-law Edward Roznovsky, his nephew James Greive and numerous cousins, aunts and uncles. He is survived by his wife Jo , his son Mark Gillar, wife Cindy Gillar, son John Gillar, his grandchildren Christopher Gillar and Brandy Gillar as well as his two sisters Helen Roznovsky, Delores Greive, his two brothers-in-law Louis Morella, wife Geneva, Sam Morella, wife Nadine as well as nine nieces and nephews.

There will be a viewing held on Monday August 3rd from 5:30 PM until 7:30 PM at the Memorial Funeral Chapel located at 1515 South College Avenue in Bryan. A rosary and funeral mass will be held at 11:00 AM on Tuesday August 4th at St. Joseph Catholic Church, 600 E. 26th St, Bryan, Texas. Msgr. John McCaffrey will officiate. Immediately after the service, internment will take place at Mt. Calvary Catholic Cemetery 2811, Old Kurten Road in Bryan.

Because of COVID-19, masks are required for those attending the viewing, funeral or internment. All facilities will be at fifty percent capacity because of the required social distancing. For those who cannot attend because of the pandemic, the funeral service will be live streamed over the internet. facebook.com/memorialbryan.

To plant a tree in memory of Edward Gillar as a living tribute, please visit Tribute Store. 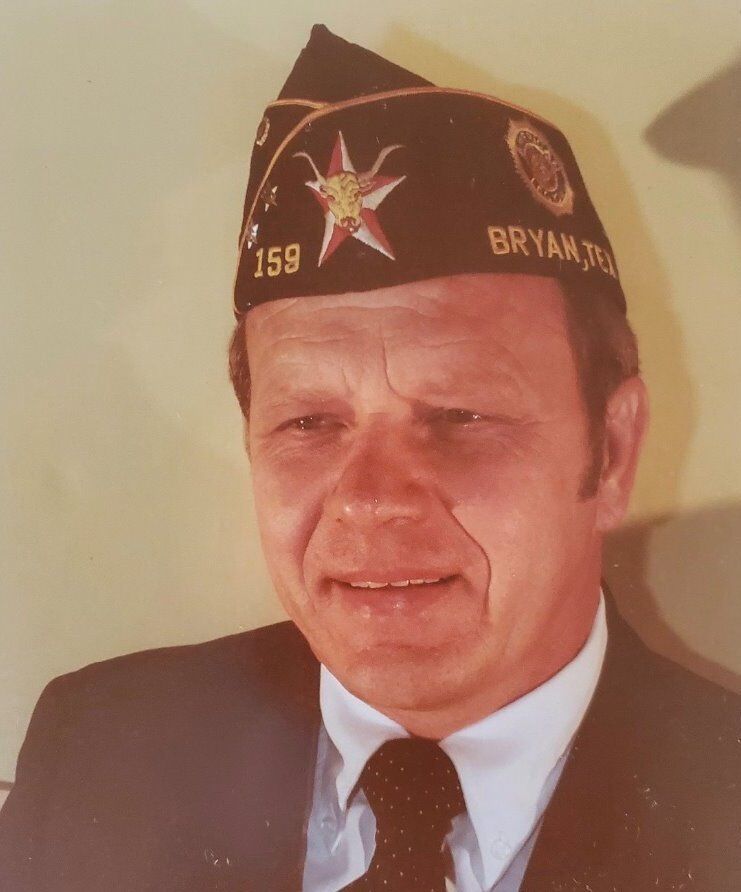 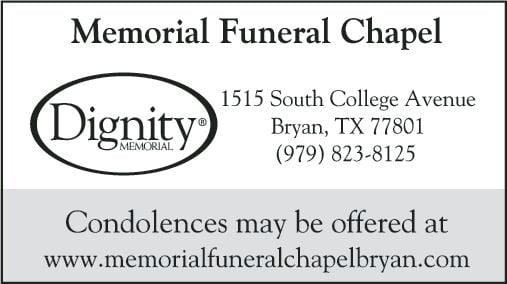