Evelyn Ruth Britton, 96, of Bryan reunited with her Lord and Savior July 6, 2017. The family will receive friends from 9 a.m. to 10:30 a.m. Monday, July 10 at Memorial Funeral Chapel in Bryan. Funeral service will follow at 10:30 a.m. at the funeral home. Interment will follow at Bryan City Cemetery.

Evelyn was born January 3, 1921 in Robertson County, Texas to Albert and Molly Gandy. She was one of nine children. She loved baking and cooking for her family. Evelyn spent 23 years employed with Weingarten's in Bryan.

My sincere condolences to Molly, Bill, and all the family of Ms. Britton during this time of sadness and sorrow. Hopefully the memory of her and the good times all had while she was with us will relieve some of that sorrow. My thoughts and prayers are with you all. 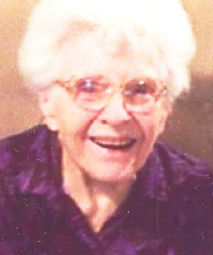 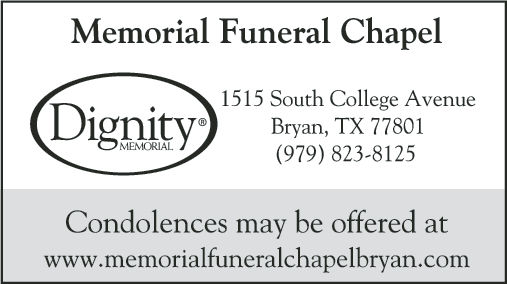