The Great Barrier Reef has "given birth" in its annual coral spawn, creating a cacophony of color on the Australian landmark.

Scientists working beneath the waves say they witnessed the event, in which coral simultaneously release sperm and eggs en masse, overnight Tuesday off the coast of Cairns, Queensland, hailing it as a positive sign the reef was able to regenerate despite ecological threats.

"Nothing makes people happier than new life -- and coral spawning is the world's biggest proof of that," Australian marine biologist Gareth Phillips, who had a front row seat to this year's coral spawn, said in statement via Queensland Tourism and Events.

Philips, from research center Reef Teach, and his team of marine biologists, divers, students and photographers dived to the bottom of the ocean to capture footage of coral off the coast of Cairns, Queensland. Over the next couple days, they'll be traveling to other reef sites to film and observe.

This footage will allow scientists to monitor this year's coral crop -- and keep tabs on the general health of the Great Barrier Reef, which is protected by UNESCO and this year avoided an "in danger" rating from the World Heritage Committee.

"I've seen the corals all go off at once, but this time there seemed to be different species spawning in waves, one after the other. The conditions were magical with the water like glass and beautiful light coming from the moon," he said.

Philips said his team swam around looking for coral on the verge of spawning.

"Once we found a ripe coral, we watched as it took about 30 seconds for each colony to complete its spawning. It was the ultimate treasure hunt ... it was so exciting that we even grabbed the skipper and got him in the water."

The Great Barrier Reef's coral spawn is a coordinated annual effort -- for much of the year, coral multiplies by splitting and dividing, but once a year the coral simultaneously releases bundles of sperm and egg into the ocean.

"Each coral larvae drifts until it lands and settles on the sea floor," said Philips. "Spawning takes place over several days with different species spawning on different nights."

The Great Barrier Reef Foundation explains that coral bundles need to find another bundle from the same coral species in order to reproduce, so by releasing bundles at the same time, coral increase that likelihood.

The annual coral spawn usually takes place from October to November, but timings can vary due to factors like water temperature and currents. The date of the spawn can also fluctuate across the length and breadth of the 2,300 kilometer (1,429 mile)-long Great Barrier Reef.

For Philips, the coral spawning is a sign of hope in the face of ecological troubles that recently prompted UNESCO to ask Australia for a report on the state of the Great Barrier Reef's conservation by February 2022.

Earlier this month, a study from James Cook University in Australia found that only 2% of the reef has escaped bleaching -- a consequence of heat waves -- since 1998.

Philips said it was "gratifying" to see the reef give birth, an event loosely coinciding with Australia's decision to start relaxing some of the world's toughest Covid travel restrictions.

"It's a strong demonstration that its ecological functions are intact and working after being in a recovery phase for more than 18 months," he said.

"The reef has gone through its own troubles like we all have, but it can still respond -- and that gives us hope. I think we must all focus on the victories as we emerge from the pandemic."

A WHO panel named the variant "omicron" and classified it as a highly transmissible virus of concern, the same category that includes the delta variant, the world's most prevalent.

An Ohio-based church organization says two of 17 abducted members of a missionary group have been freed in Haiti.

EXPLAINER: What is this new COVID variant in South Africa?

LONDON (AP) — WHAT IS THIS NEW COVID-19 VARIANT IN SOUTH AFRICA?

DUBAI, United Arab Emirates (AP) — Pop star Justin Bieber is facing growing calls to cancel his concert in Saudi Arabia next month as the fiancee of slain Saudi critic Jamal Khashoggi joined a chorus of voices on Sunday urging him not to perform at the kingdom's Formula One race.

LE GOSIER, Guadeloupe (AP) — Residents in the Caribbean island of Guadeloupe, an overseas territory of France, expressed dismay Sunday after protests against COVID-19 restrictions erupted into rioting and looting for the third day in a row, prompting French authorities to send in police special forces.

Watch Now: Couple gets engaged at Australian aquarium with help of seal

Watch a sea lion deliver a "Will you marry me?" note during a surprise proposal at the SEA LIFE Sunshine Coast Aquarium in Mooloolaba, Australia.

BEIJING (AP) — Missing Chinese tennis star Peng Shuai told Olympic officials in a video call from Beijing that she was safe and well, the International Olympic Committee said Sunday after Peng reappeared in public at a youth tournament in Beijing, according to photos released by the organizer.

A manuscript co-authored by Albert Einstein, offering a rare insight into the legendary physicist's thinking leading up to his general theory of relativity, was sold in an auction on Tuesday for $13.17 million.

Germany's Rostock Zoo has announced the recent birth of polar bear twins and showed how proud mother "Sizzel" tending to her offspring. 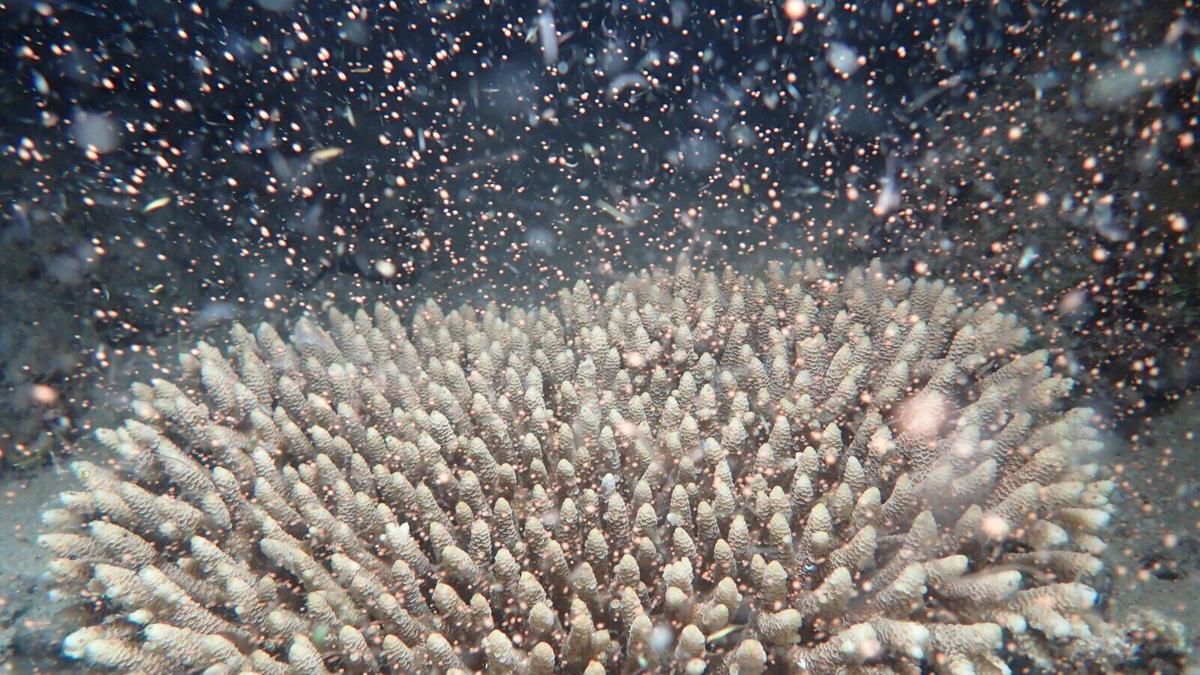 The Great Barrier Reef has "given birth" in its annual coral spawn, creating a cacophony of color on the Australian landmark. 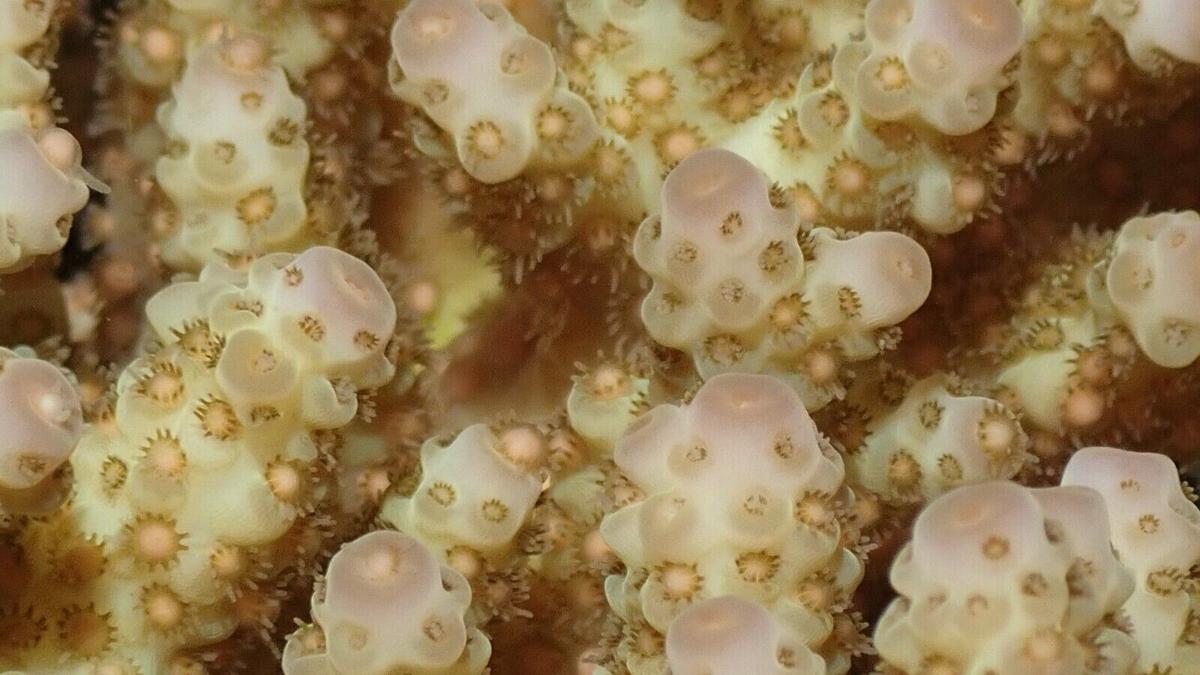 These photos were taken during the 2021 coral spawning on Flynn Reef, off the coast of Cairns, Queensland, Australia. 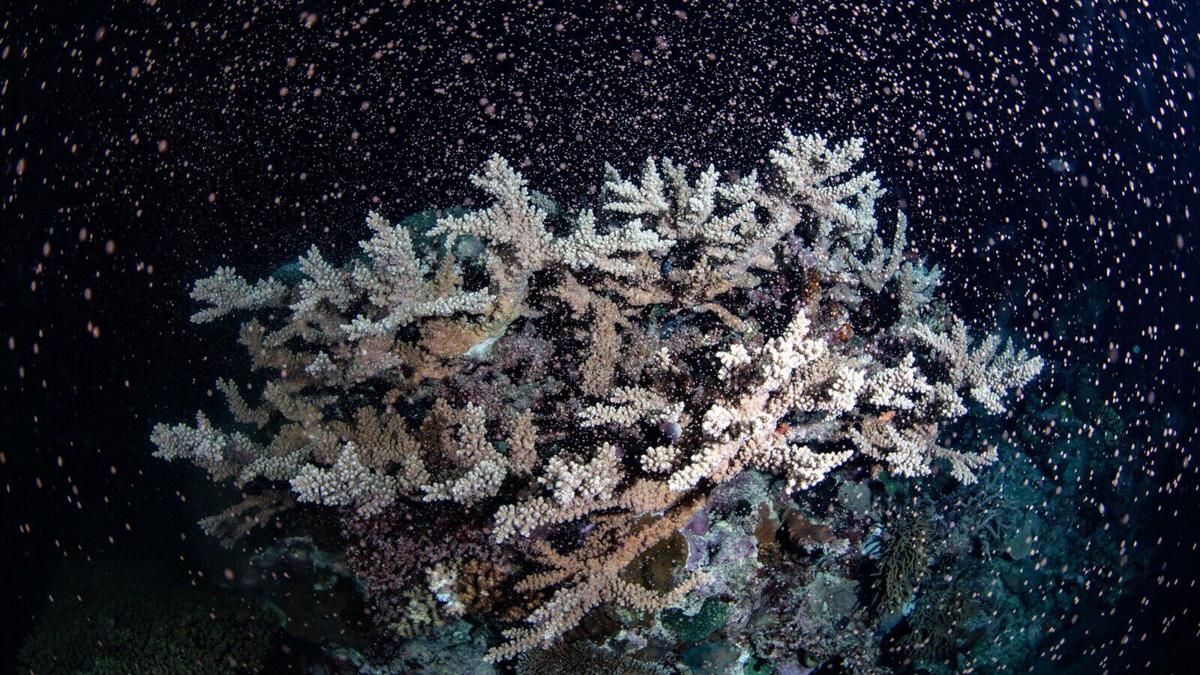 Coral spawning is an annual event on the Great Barrier Reef. 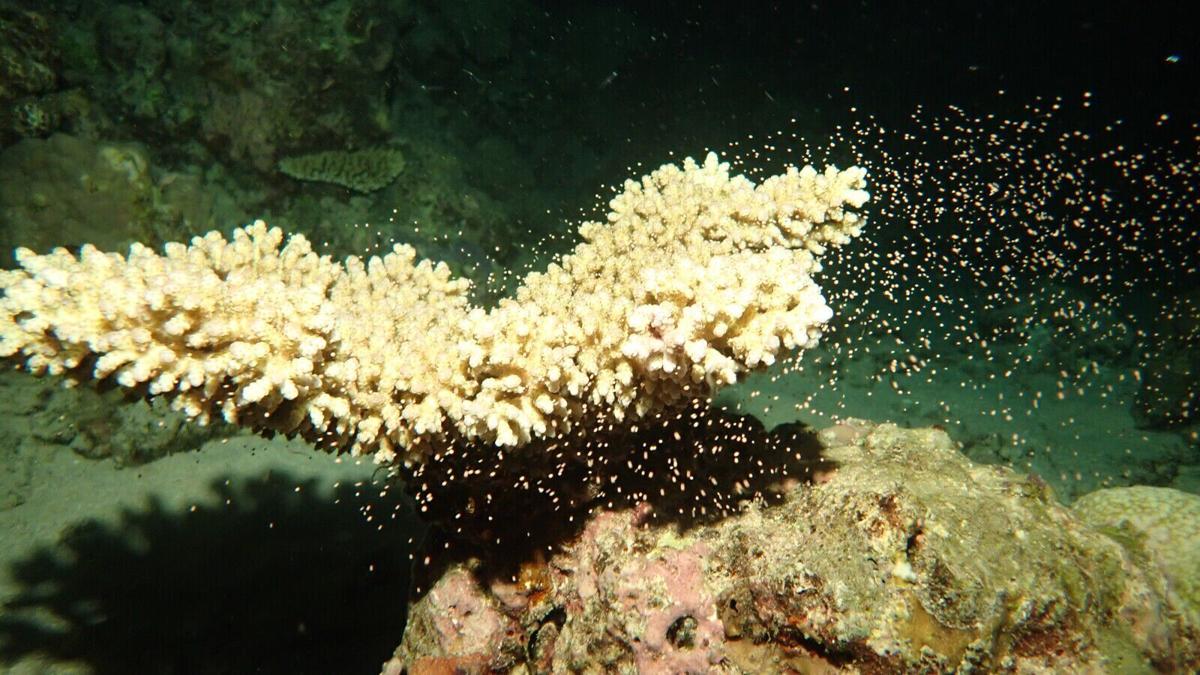