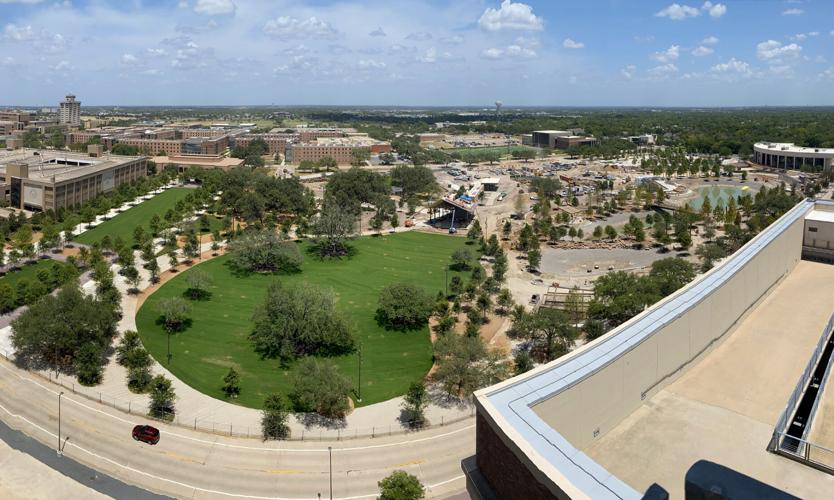 Aggie Park, viewed here from Kyle Field in August shortly before its completion, consists of a performance pavilion, an amphitheater and pond. The Association of Former Students were responsible for raising funds for the $35 million project. 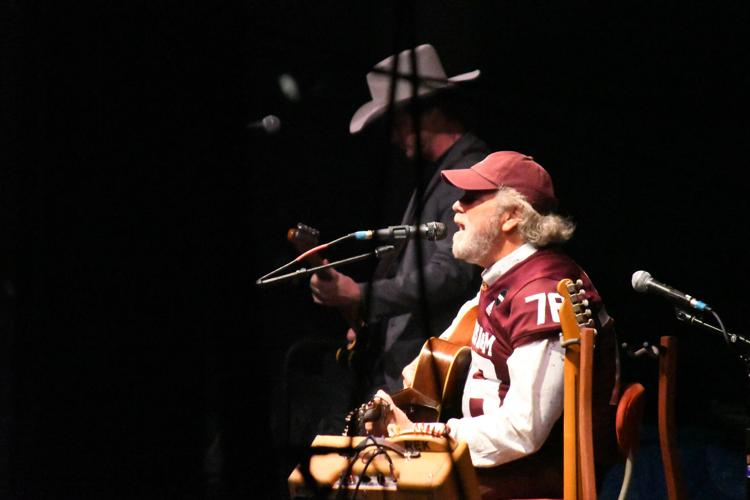 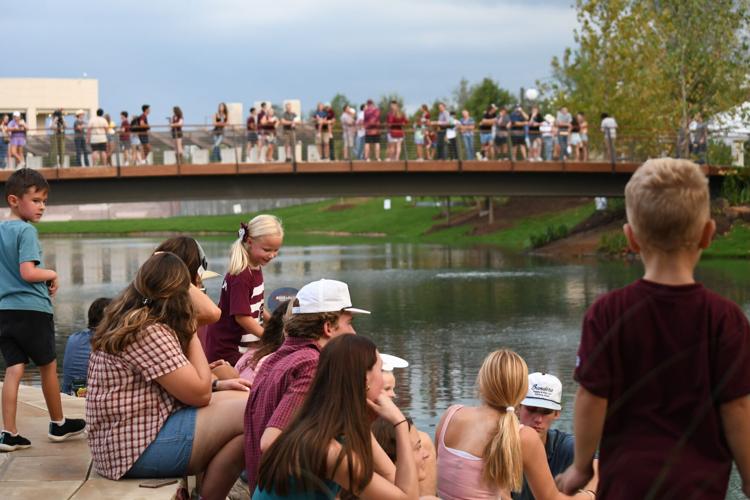 People gather around the pond at the newly opened Aggie Park during the Kickoff Concert on Sept. 2.

Editor’s note: This is part of a daily series of the top 10 stories in Bryan-College Station and the Brazos Valley this year. The completion of Aggie Park is The Eagle’s No. 6 story in 2022. Stories will appear daily with No. 1 running in the Dec. 31 edition.

Following its first football season in operation, Texas A&M’s Aggie Park has proven to be a successful addition for the Aggie community.

The Association of Former Students created the $35 million, privately funded Aggie Park with a groundbreaking held in February 2020. Now open to the public, visitors can enjoy a pond for catch-and-release fishing, an outdoor amphitheater and a delectable treat from Moore Family Creamery.

Having been a part of the planning process, Scot Walker, vice president of The Association of Former Students, said it has been a fantastic experience to watch the park come to life.

“It is so rewarding to see people using it,” Walker said. “We’ve been seeing this park in our heads for years, and now to see the students and former students and faculty, people in the neighborhood — every day we see people walking from old College Station through our parking lot into the park with fishing poles in their hands or pushing baby buggies or [walking] dogs on leashes.”

While a couple hiccups, such as drainage issues, were expected with a 20-acre construction project, Walker said having the park open has ultimately been a success.

“It was a phenomenally positive and successful launch of that amazing space,” he said.

From students playing touch football and ultimate Frisbee, couples going on fishing dates and even a few marriage proposals, Walker said it is a joy to witness the community gathering and connecting with one another in Aggie Park.

Following two seasons of restrictions and renovations, tailgating returned to the space now occupied by Aggie Park across from the east side of Kyle Field. In an effort to combat the long-standing “land rush” where fans frantically claimed their tailgating spot after an airhorn sounded at noon the day before home games, A&M officials announced in June that reservations would be required for all tailgating locations in Aggie Park starting this past season.

Fans used a vendor — Revel XP — to make free and paid online reservations, while old land rush policies continued for tailgaters at all other campus locations.

On Sept. 17, a new place to honor and list the names of the university’s Distinguished Alumni — the highest honor a former A&M student can receive — was added to and opened in the new Aggie Park immediately north of the Clayton W. Williams Jr. Alumni Center. Like Aggie Park, the Distinguished Alumni Tribute was funded entirely by donations from former A&M students raised by The Association of Former Students.

“An appropriate on-campus recognition of our Distinguished Alumni has long been envisioned, and we are proud that it is now a reality,” Dara Hegar, the 2022 Association Board Chair, told The Eagle on Sept. 15. “It is fitting that this tribute stands as a cornerstone of Aggie Park, connecting the exceptional former students who elevated Texas A&M to become one of the world’s premier institutions of higher learning, and the current students who are entrusted with carrying on that remarkable legacy.”

College Station police said a dead body was found in a creek at Wolf Pen Creek Park on Friday morning.

Earth's inner core may have stopped turning and could go into reverse, study suggests

Scientists are weighing in on what it might mean.

While driving through Bryan-College Station a little less than a year ago, restauranteur Nick Taptelis and one of his business partners notice…

A former Cameron Yoe football standout was one of three men killed during a single-vehicle accident in Milam County on Thursday afternoon, acc…

Little Orphan Annie, her beloved dog Sandy, and “Daddy” Warbucks return to the community this weekend when the College Station High School fin…

On most weekends, Tyre Nichols would head to the city park, train his camera on the sky and wait for the sun to set.

Jamarious Davis, a 32-year-old Bryan man, was sentenced to 35 years in prison Wednesday after he pled guilty to charges of assault family viol…

CarMax, the nation’s largest used car retailer, is scheduled to open its College Station dealership off Texas 6 on Feb. 15, according to a Car…

Jami Fish has nine tattoos and is no stranger to Ink Masters conventions around the United States and even internationally.

Trans women with violent past barred from Scottish female prison

Trans women with violent past barred from Scottish female prison

Aggie Park, viewed here from Kyle Field in August shortly before its completion, consists of a performance pavilion, an amphitheater and pond. The Association of Former Students were responsible for raising funds for the $35 million project.

People gather around the pond at the newly opened Aggie Park during the Kickoff Concert on Sept. 2.