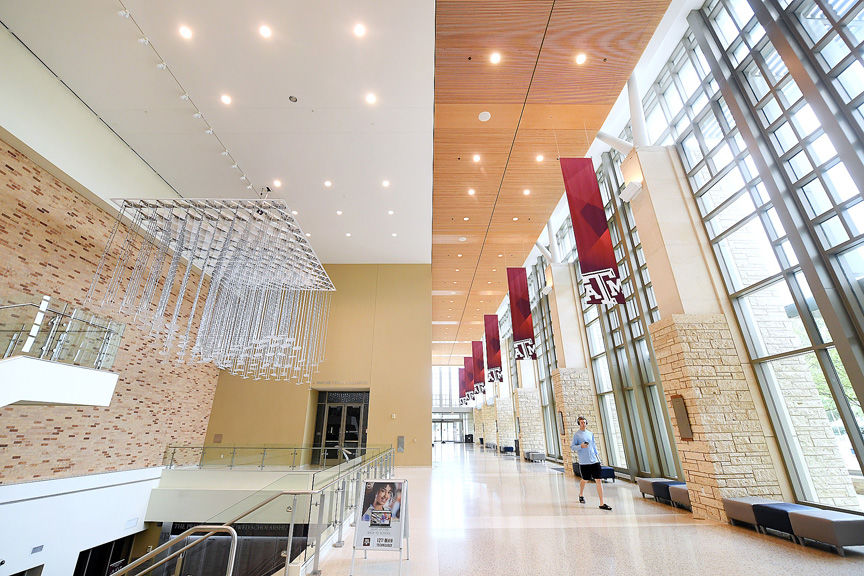 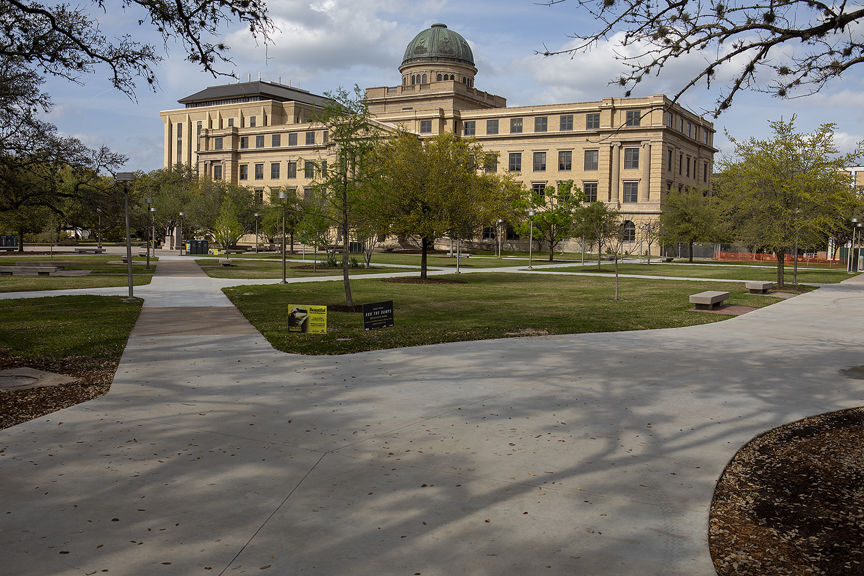 Pathways stand empty in front of the Academic Building on the Texas A&M campus in College Station on Friday, March 13, 2020. 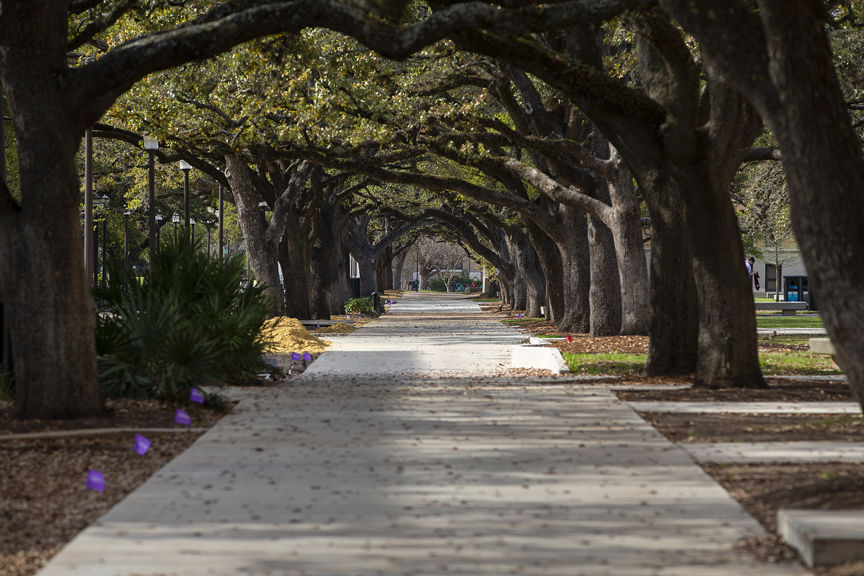 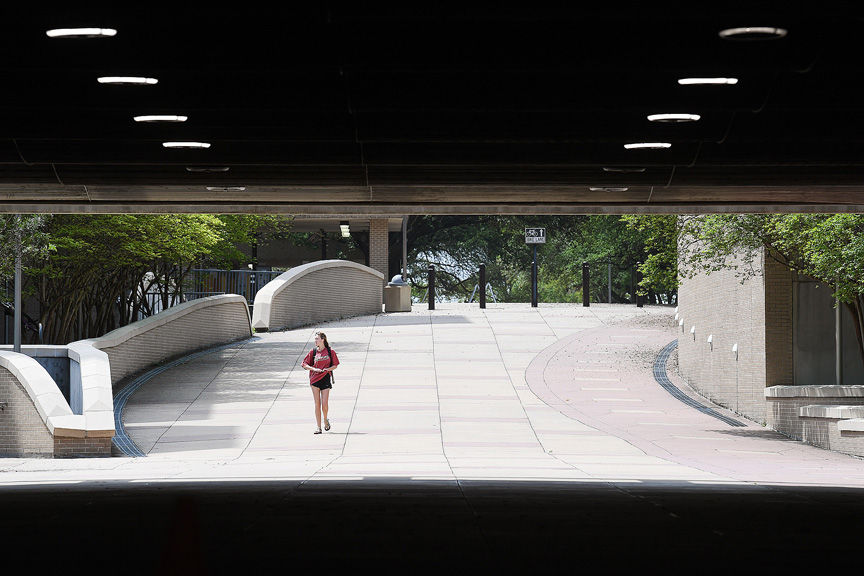 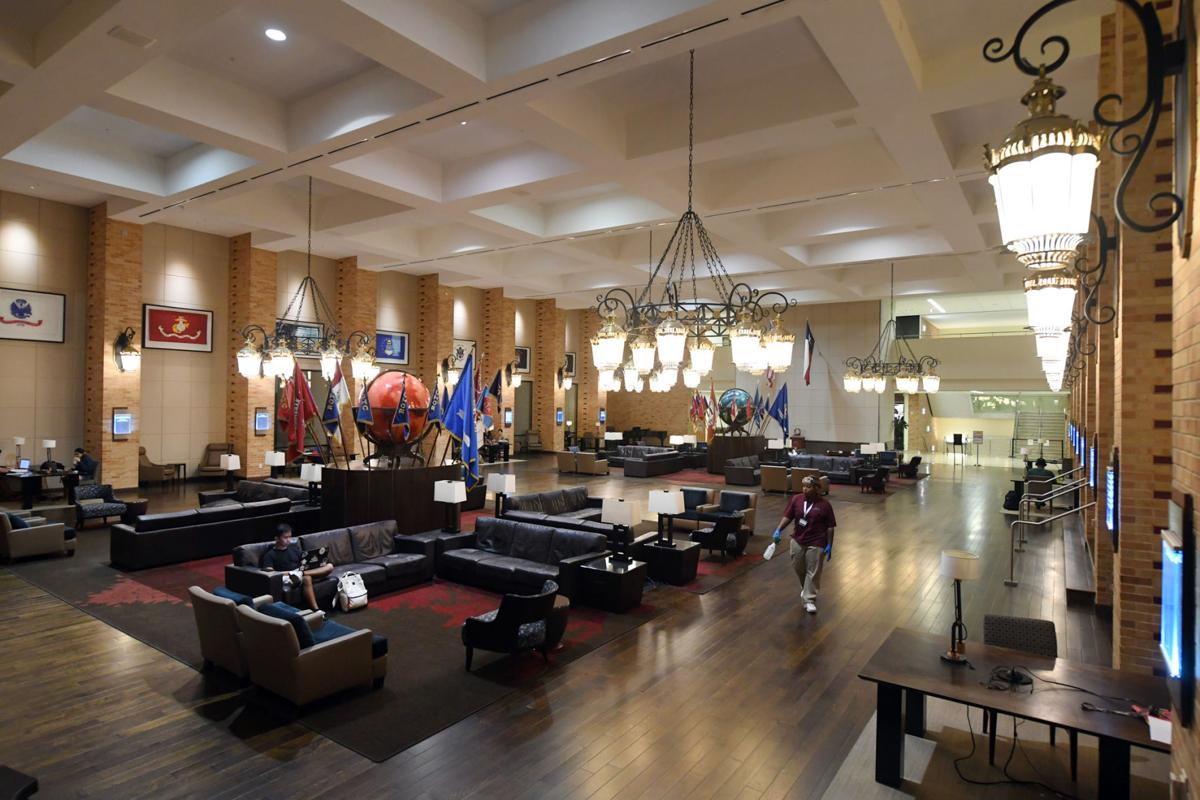 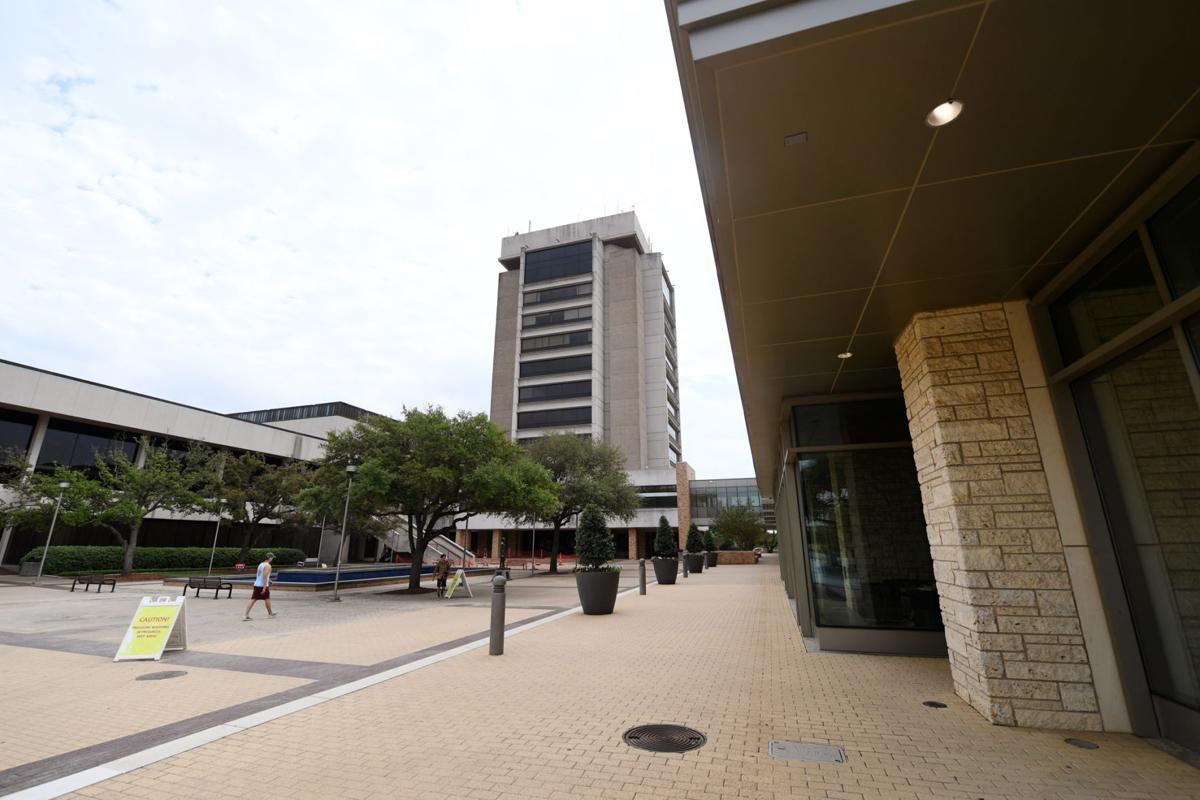 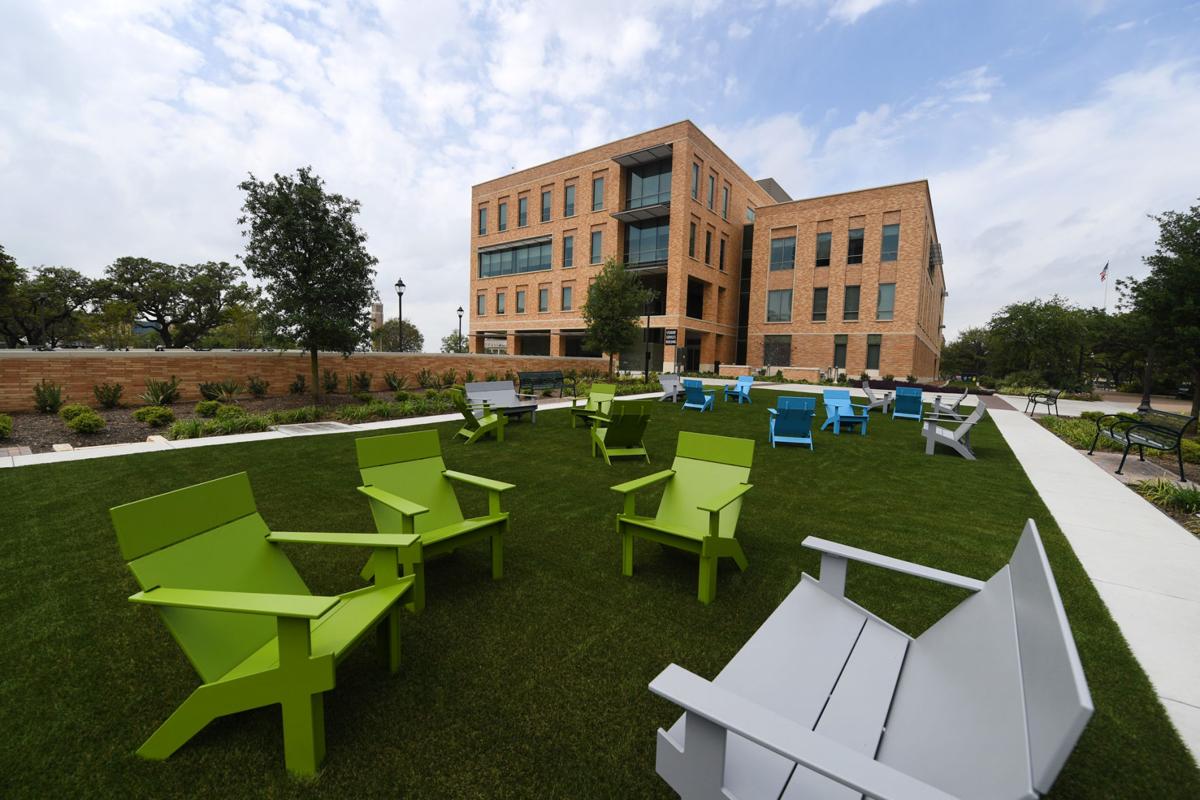 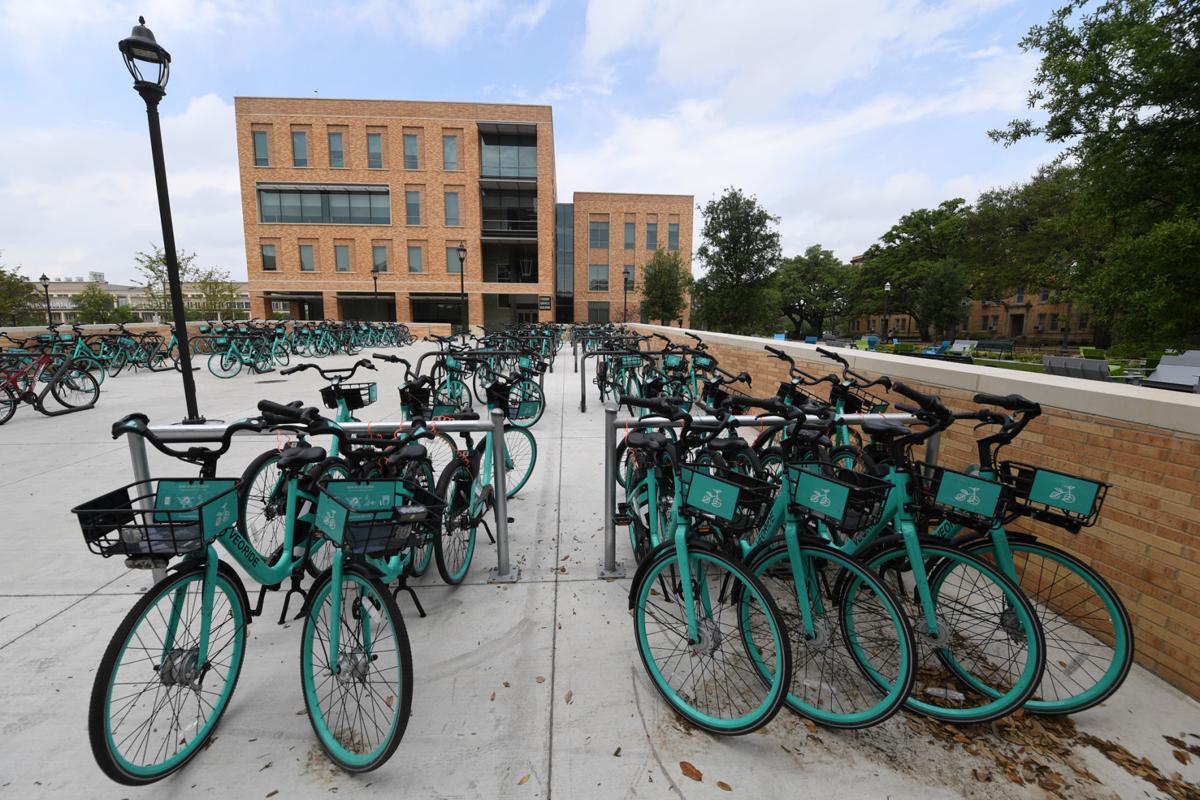 Texas universities and colleges are steeling themselves against the financial impact from a list of coronavirus-related losses: cancellation of all spring athletics, millions of dollars worth of reimbursements for unused services like housing or parking and voided study abroad programs that were over before they began.

Late last week, funding began to flow in from the federal government to Texas higher education institutions thanks to the federal stimulus bill, also known as the CARES Act, passed by Congress last month. But Texas university administrators say the money will not be enough to offset the enormous and unexpected losses incurred this school year and into the coming semesters.

In early March, university officials across the state began canceling in-person instruction and moving all classes online as the threat of COVID-19 swelled. The cost of reimbursing students for on-campus services alone, like housing, is expected to be massive, though quantifying its toll on Texas institutions is currently a “moving target,” said Laylan Copelin, spokesperson for the Texas A&M University System, which spans 11 campuses.

“This federal relief won’t make us whole,” Copelin said. “But it’s better than nothing.”

Texas’ postsecondary institutions will receive around $1 billion of the nearly $14 billion designated by Congress for higher education nationwide, according to a tally by U.S. Sen. John Cornyn’s office, R-Texas. More than a quarter of Texas’ haul will be shared between Texas A&M and the University of Texas systems.

Texas A&M’s flagship campus in College Station will receive nearly $40 million, of which half is earmarked for emergency cash grants for students. The other roughly $20 million is free to cover whatever losses the university needs to plug, but it just barely covers what Texas A&M has already paid back to students for a month of closures.

Amy Smith, a Texas A&M University spokeswoman, said the school has thus far lost $19.5 million in refunds for on-campus housing, dining and parking. But this number only represents a snapshot of losses, she said, and does not encompass other lost revenue. Texas A&M canceled its spring athletic events, which means lost ticket and concession sales that normally would have garnered millions for the school. Refunds for canceled spring and summer study abroad programs were also sent out in early March.

“This is just where we’re at right now,” Smith said, adding that $19.5 million also does not begin to cover projected losses through this summer and beyond.

The University of Texas system got $172.5 million for its 14 institutions.

Spokesman J.B. Bird said the UT-Austin flagship, which will get $31 million from the federal government, has wrapped up issuing most of its refunds, which cover housing, meal plans, parking and recreational fees. As of April 1, UT-Austin had issued $22.1 million worth of refunds for housing; students saw an average of $2,530 credited to their accounts.

But not every school is reimbursing students the same way.

The University of North Texas in Denton has issued checks totaling $5.2 million to reimburse students for housing. But the university is not reimbursing students for meal plans or any other services. Dining refunds will be offered as credits. UNT will receive $29 million from the CARES Act.

Meanwhile, some students are feeling slighted.

For Angel Flores, a 21-year-old student at UT-El Paso who was living in an on-campus dorm before it was shut down, the $1,000 housing refund he received does not feel like a fair trade for all he has lost. His tuition covered amenities like libraries and access to a recreation center that he now cannot use, and he wishes he was getting at least a partial reimbursement.

So “why are we paying for things that we’re not using?” Flores asked. “I feel like they owe us, the students, more. All we have right now is our mouths and a computer ... and none of the resources we signed up for.”

The U.S. Department of Education advised colleges to use their own discretion when portioning out funding, stipulating only that half of each institution's total must go to emergency grants for students dealing with coronavirus-related disruptions such as housing displacement or job loss.

It’s hard to know exactly how much of a hit higher education nationwide will take, said Jon Fansmith, director of government relations for the American Council of Education, in an interview with The Texas Tribune. In a letter to Congress after the CARES Act was signed, ACE asked for an additional $46.6 billion to fully plug the holes left by the shutdown, deeming the original $14 billion “woefully inadequate,” Fansmith said.

“Part of the problem that schools are finding now is that they did the right thing and they did it quickly, without long-term or even short-term consideration of the financial impact,” Fansmith said. “They're losing revenue substantially, they’re spending money in ways they never anticipated. ... Schools have moved pretty quickly and aggressively to do right by their students. And now they’re struggling.”

To cope, some universities are beginning to take drastic measures to remain fiscally solvent. Earlier this week, Baylor University President Linda Livingstone announced the university’s intention to slash its budget for the upcoming school year by $65 million to $80 million, a decision she said will impact “every aspect of the university.”

“We need to take aggressive actions,” Livingstone said in a video posted to Twitter.

Baylor is receiving $10.7 million total from the stimulus bill. A university spokesperson could not be reached for comment on how much money they have already refunded to students.

Private institutions could potentially bear the brunt of coronavirus-related disruptions, Fansmith said. Smaller and more tuition-dependent, private schools face a serious threat by way of a “significant, potentially unparalleled” decline in enrollment numbers, according to the ACE’s plea to Congress.

“Enrollment isn’t an immediate concern but it's a concern that you’ll carry with you for the next four or five years as that one class moves on up,” Fansmith said. “And it raises questions about equity and diversity, who’s in the classroom. There are all sorts of ways this can play out.”

The pandemic may also disproportionately affect smaller schools, often without large endowments or cash reserves on hand. Stephen F. Austin State University in Nacogdoches has issued around $9 million in refunds to its less than 13,000 students, University President Scott Gordon said.

Added to the lost revenue from canceled athletics events and the cost of moving classes online, Gordon estimates a $12 million total loss for the university. So far, the university has seen $10 million from the federal government – half of which is reserved for students.

“That’s not money we can put into the university to fill the holes,” Gordon said. He said he is holding out hope for another stimulus bill, but “this isn’t just a rainy day...it’s a downpour. At some point we need to start building those reserves back up.”

Gov. Greg Abbott on Friday announced initial steps to begin the process of reopening the Texas economy amid the coronavirus pandemic, includin…

Texas A&M University has no plans to reopen the campus beyond what is already taking place, the university's president announced in a lett…

Pathways stand empty in front of the Academic Building on the Texas A&M campus in College Station on Friday, March 13, 2020.