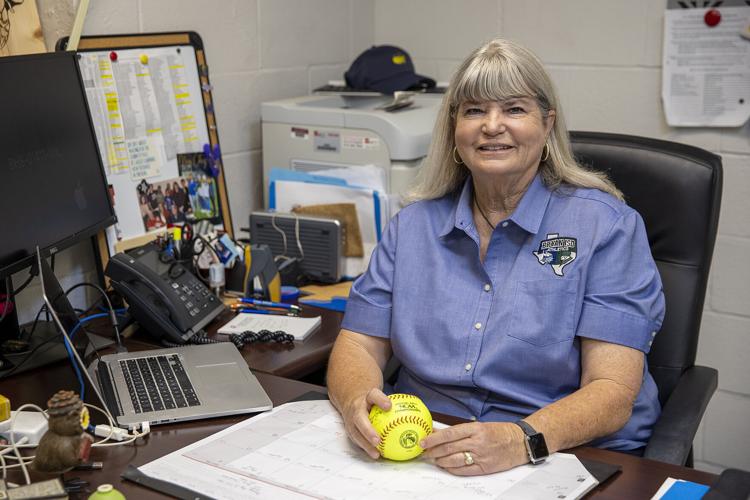 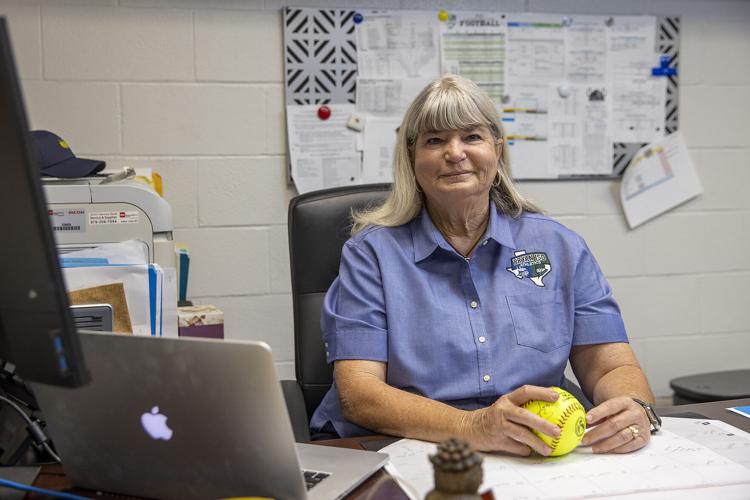 Janice Williamson didn’t play organized sports at Bryan High School, but thanks to Title IX she became a two-sport athlete at Texas A&M. That paved the way for her career in coaching and education, and she now serves as the Bryan school district’s athletics director.

“It was everything to me,” Williamson said of Title IX. “I grew up in Bryan. I went to Little League baseball games to watch my brothers play. We had no opportunities.”

She wasn’t alone. Countless women have benefitted from Title IX, which was signed into law by President Richard Nixon on June 23, 1972. The law prohibited sex-based discrimination in federally funded educational institutions and helped create gender equity in athletics.

Former A&M women’s volleyball coach Laurie Corbelli said she has “no idea” what she would have done without organized sports.

“Knowing that sports was my passion, [I] wanted to compete, but if I wouldn’t have had those doors opened to me, I really, really wonder sometimes what I would have done,” she said.

Corbelli knew at an early age she was athletically gifted. At recess, she beat the girls at everything, and the boys too.

“It was a little embarrassing because I also was taller than them,” Corbelli said. “But then I thought, ‘What can I do with this?’ Remember, this is the ’60s. I knew that I enjoyed it a lot, but I had no sport really yet. But I knew I enjoyed running and jumping and being active.”

By Corbelli’s sophomore year in high school, Richardson Berkner had a volleyball team. She started on a path that would include earning spots on the 1980 and 1984 U.S. Olympic Teams, and she coached the Aggie volleyball team from 1993 until 2017. She stays involved in the sport, recently working with Athletes Unlimited Volleyball, a pro indoor league in Dallas.

Williamson said she wanted to play organized sports as a child, but nothing was available. She developed her athletic skills at her neighborhood park with friends. In middle school, she joined the band and was entrenched there in high school when sports were opened for girls after Title IX became law.

She graduated in 1974, moving on to A&M, when the university was developing its women’s sports programs. She made the softball team and the bowling team, though the latter was disbanded after a year.

The door of opportunity was open for Williamson, and she returned to Bryan High as a teacher and coach in 1981. She started the school’s softball program in 1988, and the team won a state championship in 2002. She moved into administrative work in 2007.

“Early on when I was going to school, I was thinking about being an attorney or something like that,” Williamson said. “When I got to play sports, my love of sports and wanting to coach the game grew and it became my sole focus. So I think my entire path would have been different.”

Title IX was a decade old by the time Shawn Andaya-Pulliam was a high school senior in Lodi, California. But Andaya-Pulliam, who would go on to become an All-American pitcher for the Texas A&M softball team that won the 1987 national championship, said that it was still a tough road for many female athletes.

“I think the mentality with people back then was different,” she said. “I also came through during a time when not a lot of women were playing sports. Sports back then wasn’t quite as popular, especially softball in California.”

Girls playing the sport were considered tomboys, she said, whereas now, because of Title IX and acceptance, they are considered athletes.

“Back then I think I would rather have had more, like, acceptance rather than equality,” Andaya-Pulliam said. “[Have] more people say, ‘Oh, it’s OK for her to play sports. It’s not just boys who play sports.’”

Obstacles remained after Title IX became law. Girls didn’t have role models they could follow in collegiate and professional sports.

Corbelli’s first contact with the best volleyball had to offer came in high school when the E. Pluribus Unum team from Houston came to Dallas. The team featured Mary Jo Peppler and Marilyn McReavy, two of the sport’s biggest names.

“They were some of the best in the country, they were saying,” Corbelli said. “But we didn’t really know what that meant. We didn’t know there was volleyball at a high level in the country at all.”

Andaya-Pulliam said women’s sports weren’t televised, so female athletes didn’t know much about other players unless they played against them.

“It was hard to have role models,” she said. “I don’t ever remember watching softball on TV back then.”

Williamson was fortunate as a youth to be involved in the Catholic Youth Organization, which had a leader and role model in Liz Zemanek, a future A&M softball player.

When Williamson came to A&M, she was mentored by Kay Don, the school’s first softball and women’s basketball coach, along with Laura Kitzmiller, who was a teacher in the health and kinesiology department for 26 years.

Williamson has in turn been a mentor for more than four decades, including the last 15 years as an administrator. She’s been Bryan ISD’s athletics director since 2019.

“Would I ever have thought that I would be the athletic director for Bryan ISD?” Williamson said. “Years ago I would have said absolutely not. But I was given the opportunity and have been treated very well by the district. I’ve been fortunate.”

“I look at Title IX and I look at our young girls and I’m going, ‘You have no idea of the struggles,’” Williamson said. “And what we would have done just to play Little League back in the day.”

Andaya-Pulliam applauds the opportunities afforded women. She returned to A&M as an assistant coach in the early 1990s and has been working with nonprofit organizations for almost three decades.

She said women’s sports might always struggle on the professional level, because men’s revenue sports are so entrenched.

Corbelli said she believes equality for women is a work in progress but focuses on the positive.

Corbelli said the key on all levels is to be supportive.