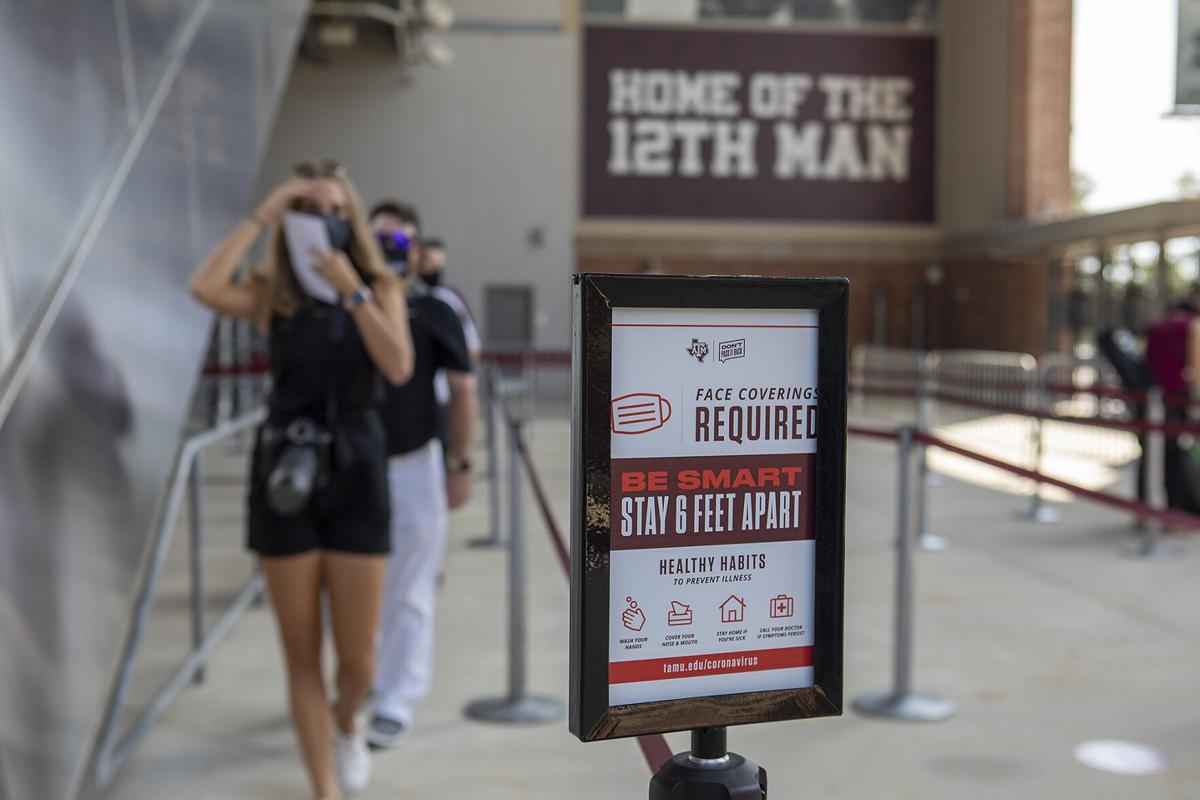 Signage at Kyle Field reminds visitors of COVID-19 precautions in place. Kevin Hurley, A&M’s senior associate athletic director for facilities, said security personnel have been trained to follow COVID-19 protocols and have the ability to remove fans who continue to not wear masks inside the stadium. 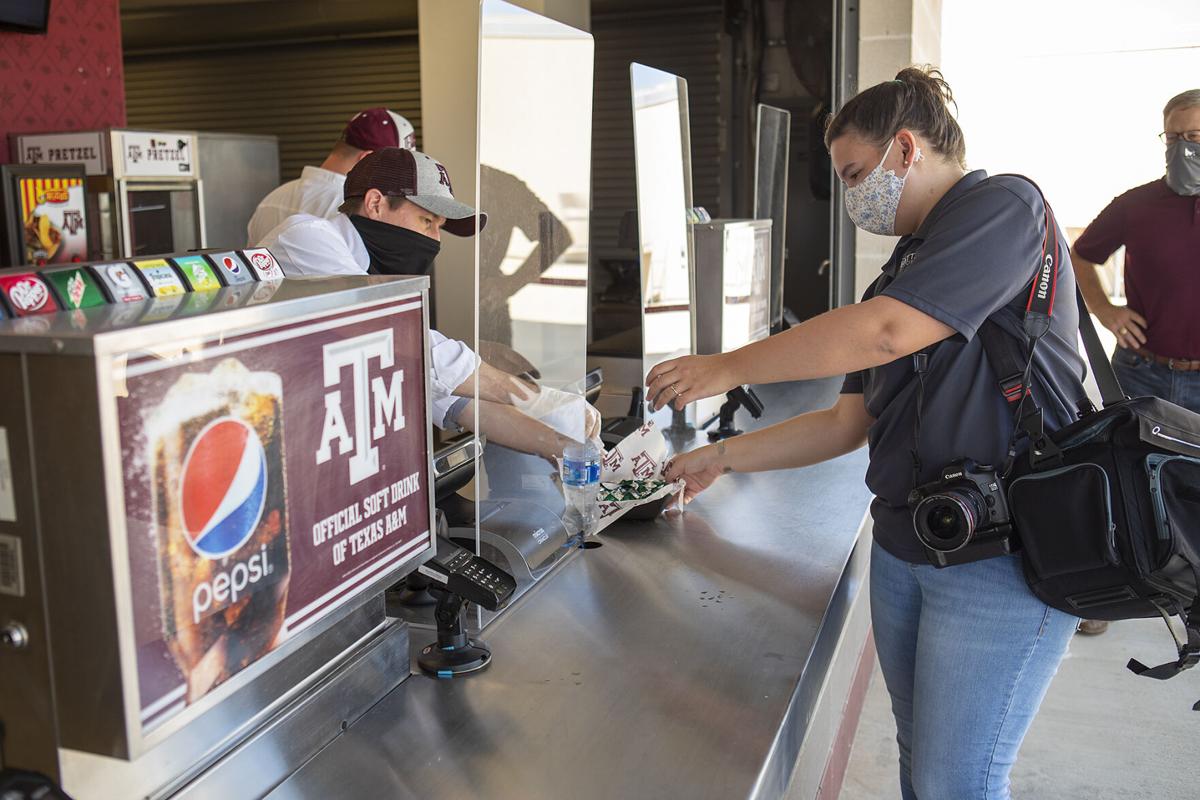 Kyle Field is set to host the first Texas A&M football game of the season in one week, and the Aggies’ hallowed stadium has new enhancements to ensure those in attendance stay safe amid the COVID-19 pandemic.

From distanced entrances to touchless concessions and limited elevator capacities, everything in Kyle Field has been tailored to follow COVID-19 protocols.

Every seat and space will be used to get to the allowed 25% capacity, Hurley said. Fans will be required to wear a mask at all times except when eating or drinking and must be stationary when doing so. Hurley added that security personnel have been trained to follow COVID-19 protocols and have the ability to remove fans who continue to not wear masks inside the stadium.

Field access will have extreme restrictions. The NCAA has extended the team areas to the 15-yard lines this season to accommodate social distancing. At Kyle Field, that area has been marked by a white box, and Hurley said every person inside that box will have been tested under the Southeastern Conference’s guidelines.

Yell Leaders are not allowed to be on the field due to the restrictions and will lead Aggie fans from platforms stationed along the bottom of the east side of the stadium. Additionally, the Parsons Mounted Calvary cannon will be stationed in the northeast corner but won’t be fired during the game. Instead, the cannon was brought into Kyle Field this week to record firings, which will be played on the scoreboard during the game when A&M scores.

“Various folks that normally would be on the sideline are not on the sideline,” Hurley said. “Inside the field wall, the SEC has really gone to a ruthless reduction of passes. I mean, it is down to nobody down there. The SEC is trying to protect the student-athlete bubble or student-athlete functioning unit.”

With the NCAA extending the recruiting dead-period through the end of the year this week, A&M will not officially host recruits this fall. Hurley said there also have been cut backs to tickets given to A&M staff, student-athletes and high school coaches.

Indoor spaces such as club levels will have air conditioning turned over six times each hour, Hurley said, which is the same as a medical facility. Fans sitting in suites will not be allowed to “suite hop” and will be treated as a family unit, as will the Aggie Band. Plexiglas has been installed between each suite.

These protocols will be taken to other A&M athletic venues, such as Ellis Field and Reed Arena, Hurley said. A&M will host its first soccer game on Sept. 27 and its first volleyball game on Oct. 17.

“Understand the mentality,” Hurley said. “We’re trying to get to game two, and the only way we can do that is if we’re successful in game one. Everything is set up to be successful.”

Owners expressed above all a desire that A&M players and staff remain safe during the season and that they as operators also can limit the spread of the coronavirus, while they hope the season brings more people into local shops, restaurants and hotels.

As part of the restriction, A&M officials said no tents or grills will be permitted on-campus and Aggie Park and other grass areas will be closed to fans next weekend when the Aggies host Vanderbilt in their season opener.

Members of the media took a tour of safety precautions taken at Kyle Field in College Station on Friday, Sept. 18, 2020.

Signage at Kyle Field reminds visitors of COVID-19 precautions in place. Kevin Hurley, A&M’s senior associate athletic director for facilities, said security personnel have been trained to follow COVID-19 protocols and have the ability to remove fans who continue to not wear masks inside the stadium.