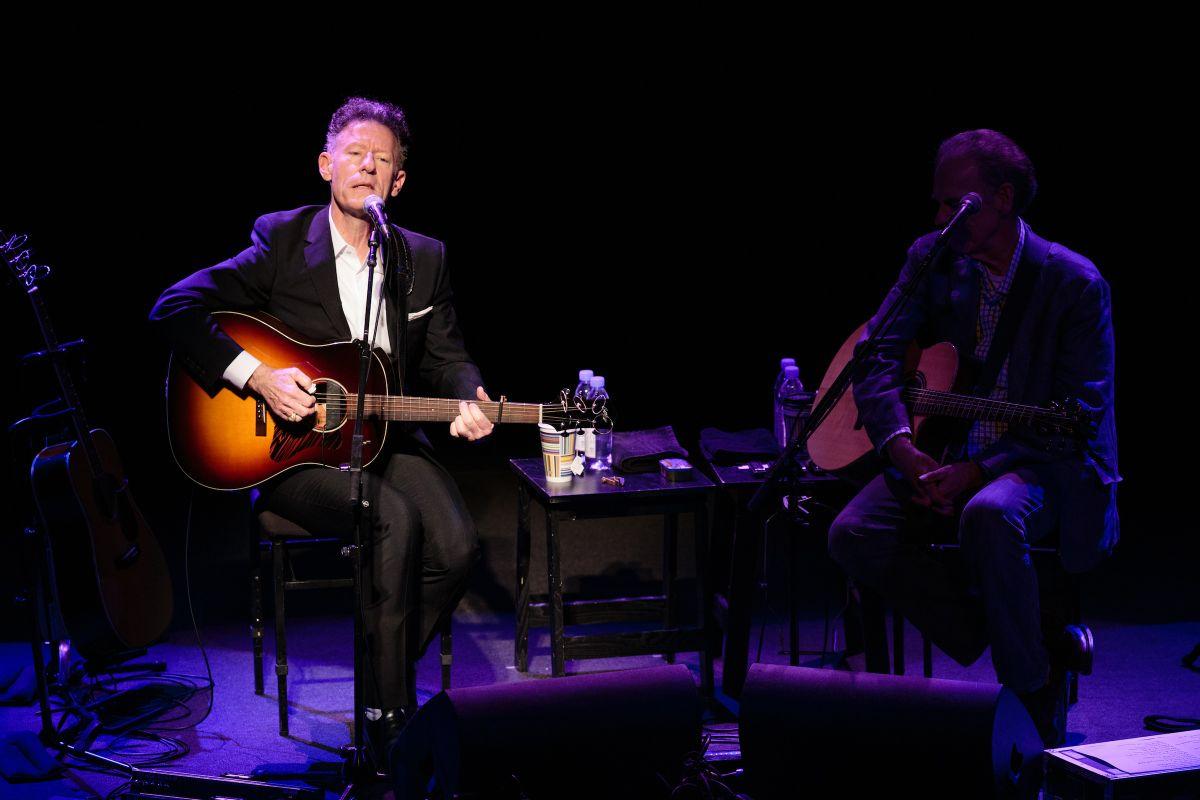 Texas A&M graduate Lyle Lovett sings with John Hiatt during a concert at Rudder Theatre in 2015. 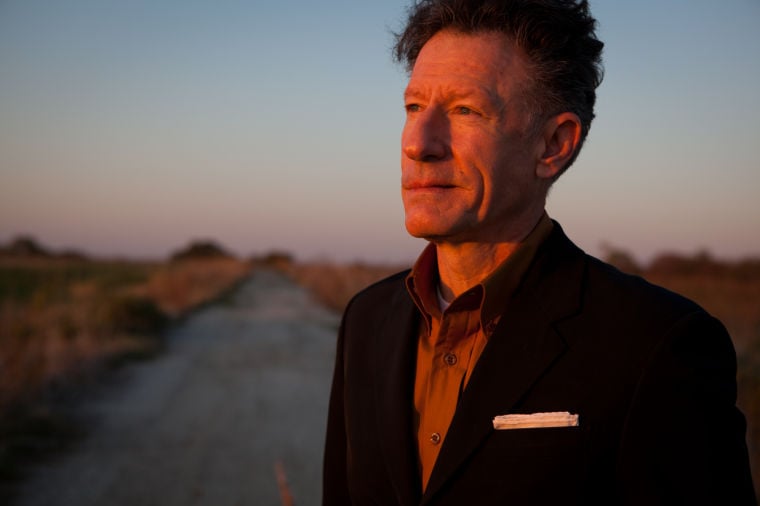 Country music legend and Texas A&M grad Lyle Lovett talks a bit about his love of dark roast coffee and how it has influenced him as a singer and songwriter.

Today is National Coffee Day, and chances are good singer-songwriter and Texas A&M graduate Lyle Lovett has enjoyed a cup or two. There are many references to it in the Grammy winner's songs, and a coffee cup sits next to him on the cover of his 1994 I Love Everybody album.

In a 2013 Eagle interview, he told us "the key to good coffee is good water," and also mentioned his favorite coffee source: Anderson's Coffee Company in Austin.

The coffee scenes in Lovett's songs are often just a little detail, but they help to paint a picture. Lovett said coffee also provides a little inspiration.

"I guess, maybe it's a way to get started," he said, "a way to get started writing when you're looking at the blank page. Or if you're holding your guitar and you don't have an idea in your head, you look down into your coffee cup."

In honor of National Coffee Day, here are 10 Lovett tracks — originals and covers — that mention it.

2. The Road to Ensenada: "I dream a dream of home / Where there's coffee on the table / And kindness in your hand."

5. Texas Trilogy/Daybreak (by Steven Fromholz): "The Sleepy Hill drug store, the café, they're open / The coffee is bubbling hot / And all the folks that ain't working gonna sit there till sundown / And talk about what they ain't got."

6. Sonja: "Well, she looked so pretty as she poured my coffee / But she had her eye on my friend at the bar."

7. Nothing But a Good Ride: "He's pulling out for Reno / He hopes a tire don't blow / Up near Albuquerque / He'll fuel and get some coffee."

8. No Big Deal: "It's Sunday morning, the coffee's on / That gray cat's still yawning / Because Saturday is gone."

9. Memphis Midnight/Memphis Morning (by Eric Taylor): "Now Memphis ain't bad in the morning / Good coffee, hell, it's just hard to find / But let me suggest that you never leave Memphis / With anything on your mind."

10. Just the Morning: "It's just the morning / The coffee's almost done / You can smell it crawling in here from the kitchen."

A Bryan man is facing multiple criminal charges after being stopped by police in an apartment complex parking lot Monday morning.

For the second year, a drag show at Texas A&M University included demonstrations for and against the event.

Courtney Eoff was familiar with the “Don’t Mess With Texas” anti-littering campaign, but didn’t know there was a songwriting contest involved with it until a friend’s mom shared a Facebook post.

Sheriff's Office: Man charged after threatening to blow up courthouse

A Hearne man is facing a third-degree felony charge after being accused of threatening to blow up the Brazos County Courthouse.

A Hearne woman wanted on a Robertson County warrant remained in the Brazos County Jail on Friday after she was located at a Bryan motel and drugs were found in her truck, authorities said.

Chauvin was convicted of second- and third-degree murder and second-degree manslaughter, almost a year after he pinned George Floyd, a man with Texas roots, by the neck under his knee last May.

During the investigation, authorities seized about four kilograms of cocaine, seven kilograms of meth and half a dozen firearms, officials said.

Texas A&M graduate Lyle Lovett sings with John Hiatt during a concert at Rudder Theatre in 2015.

Country music legend and Texas A&M grad Lyle Lovett talks a bit about his love of dark roast coffee and how it has influenced him as a singer and songwriter.