Second storm headed this way, expected to bring another round of freezing rain
1 comment
Share this
{{featured_button_text}}
1 of 7 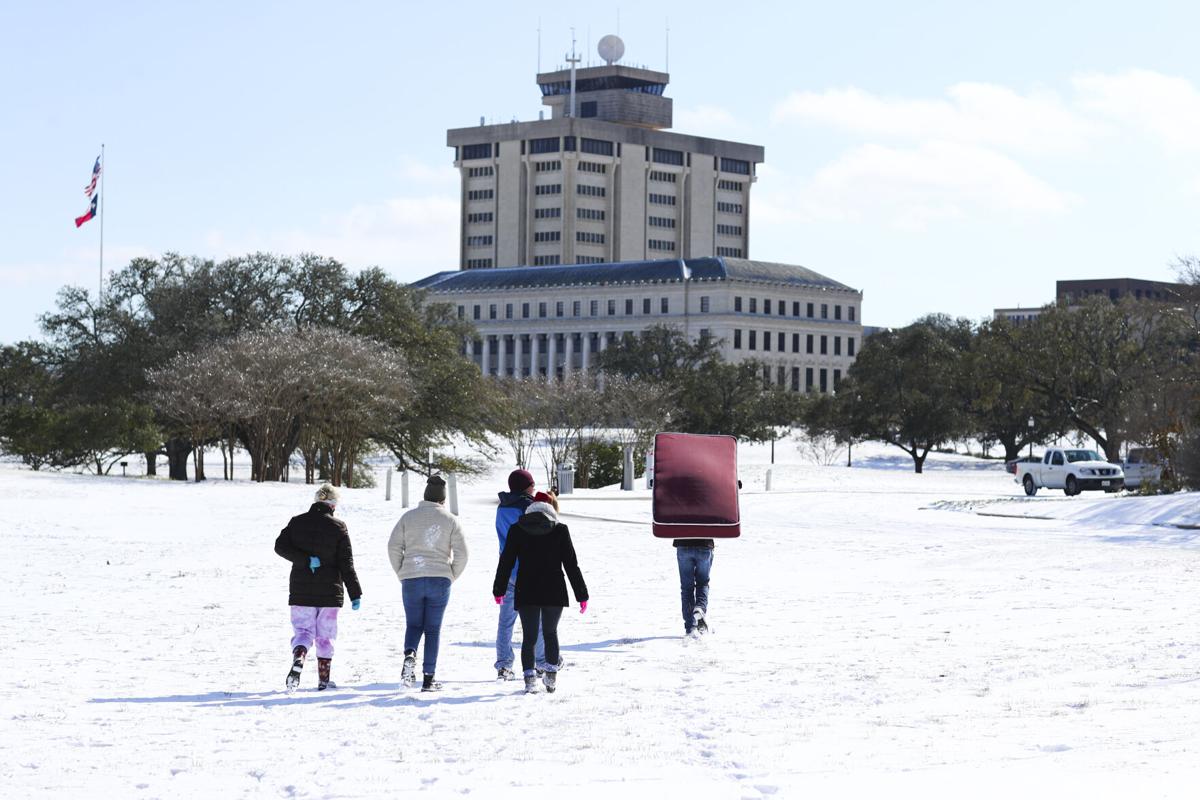 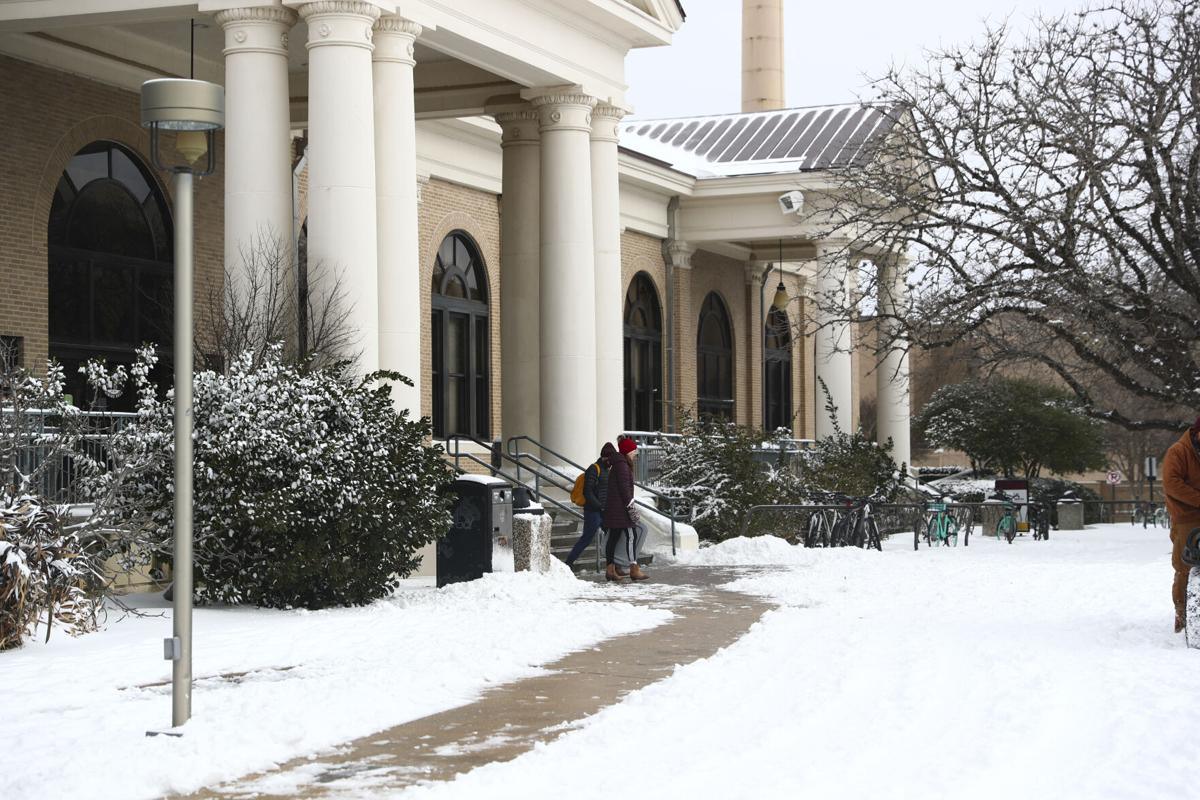 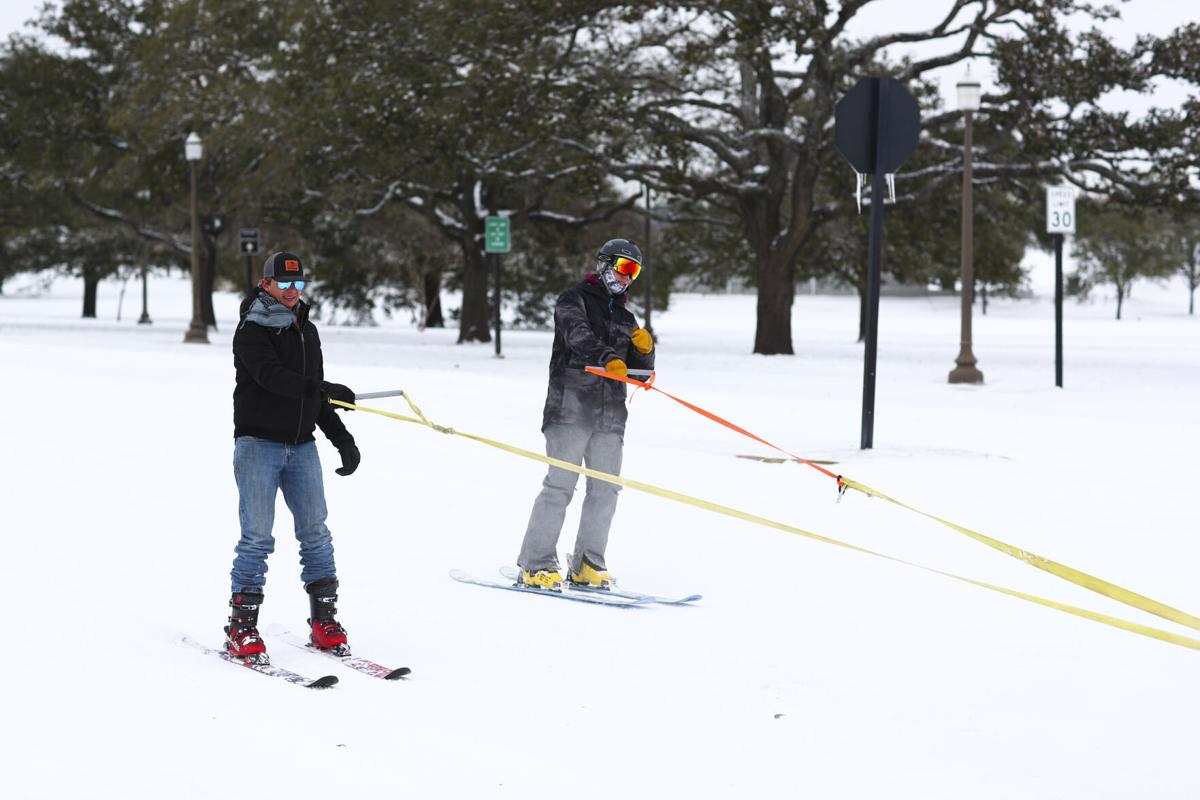 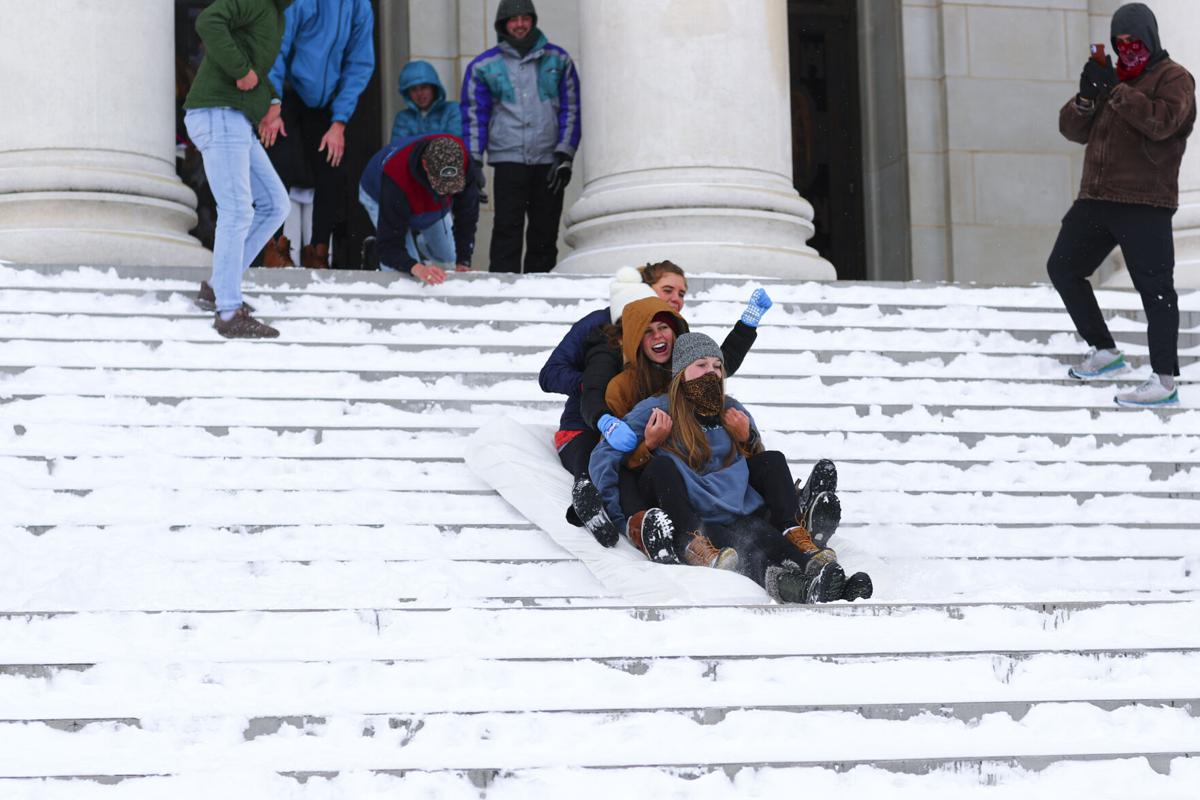 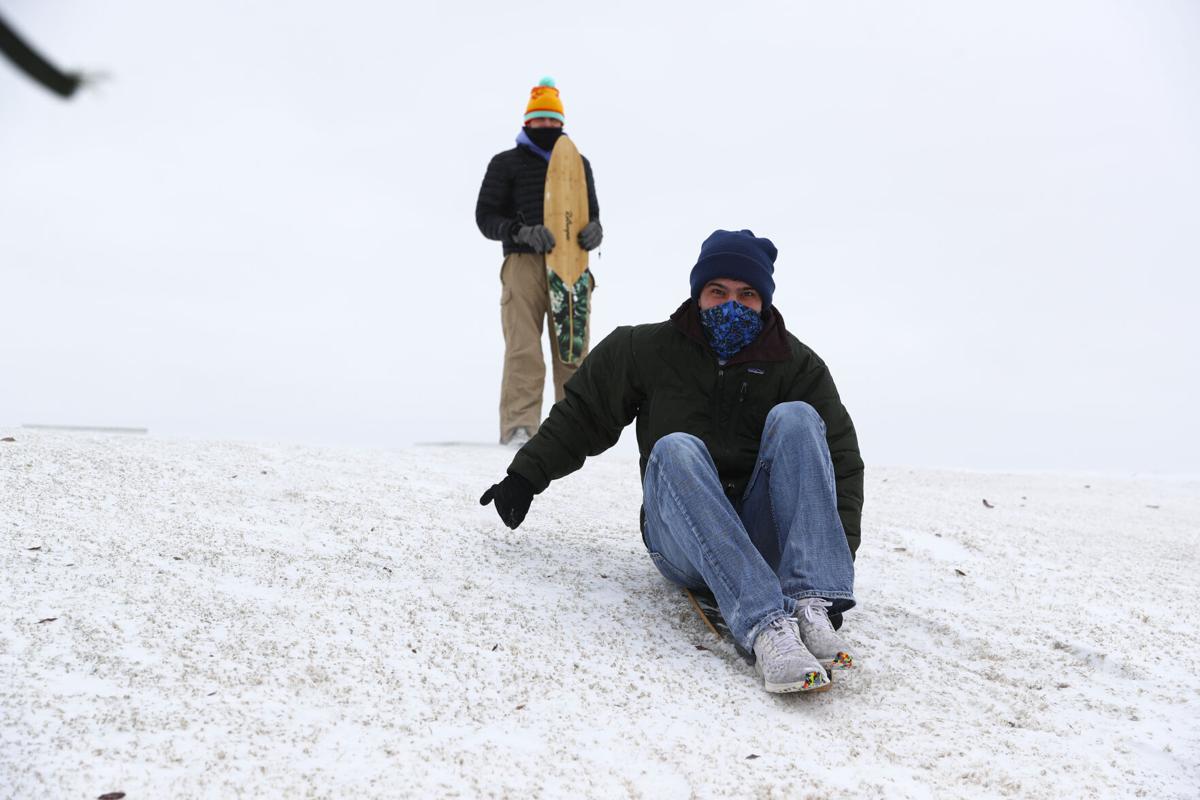 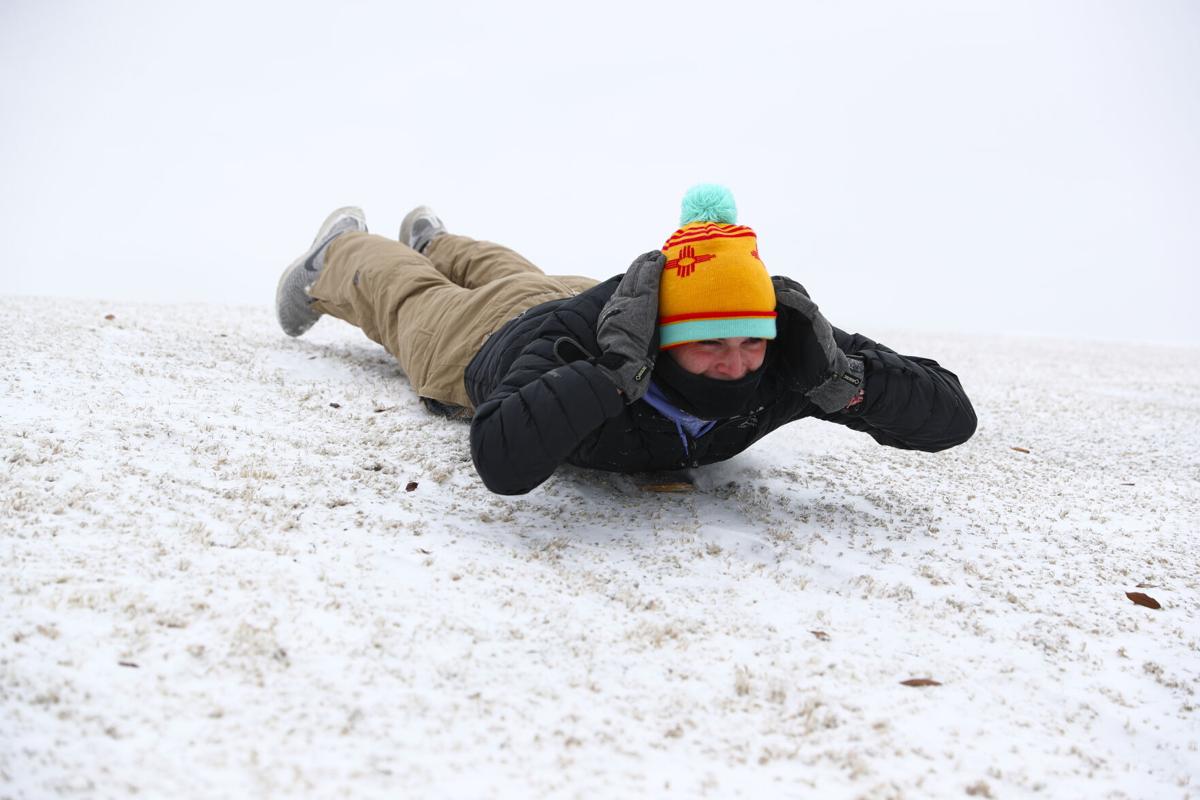 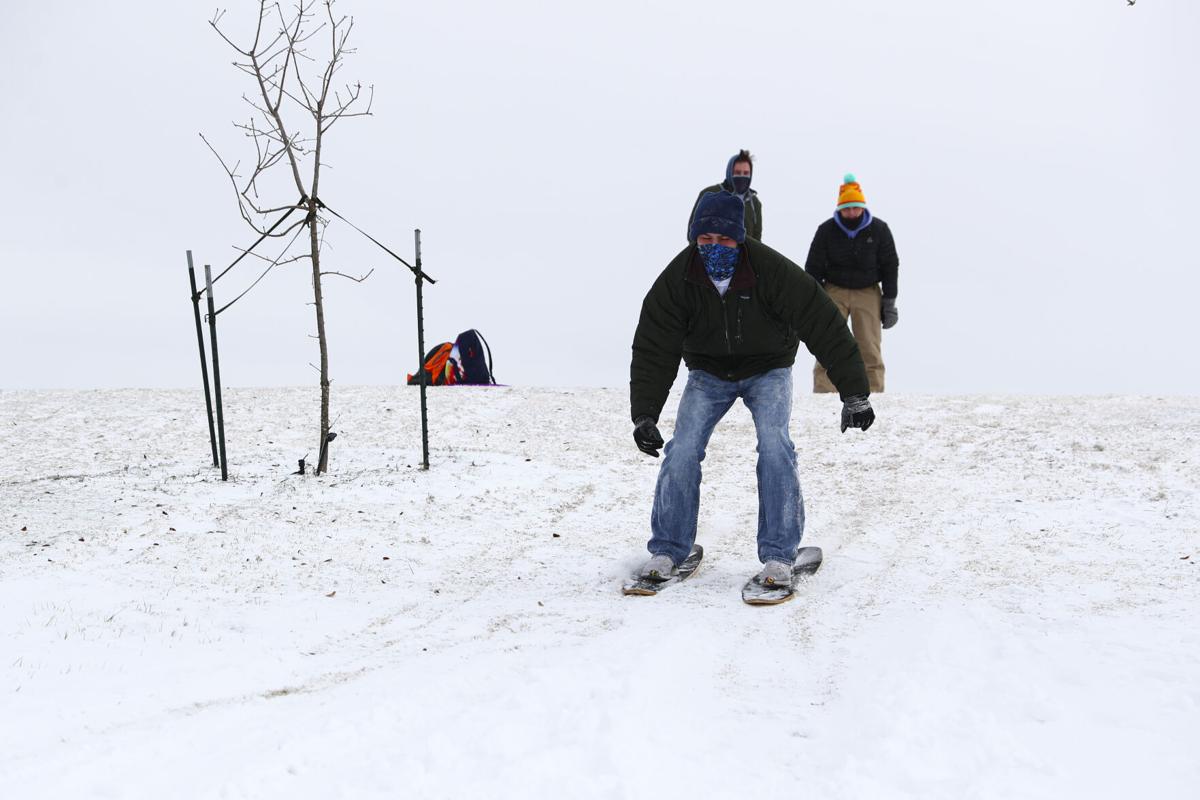 A mix of freezing rain, sleet and snow created slick roads, widespread power outages and record low temperatures around the Brazos Valley on Monday. Sub-freezing temperatures are expected to linger throughout the week.

Before Monday's coating of snow and ice thaws, a second winter storm is expected to move into the area Tuesday night and Wednesday, prompting the National Weather Service to extend a winter storm warning for the region through Thursday morning.

“Bitterly cold air will continue filtering into the area and temperatures will remain well below freezing through most of Tuesday and likely late into the week for locations further north from the coast,” the warning states.

Public and private schools, colleges and universities throughout the area have canceled classes or moved students to virtual learning.

The next storm is forecast to bring with it another round of freezing rain with possible ice accumulation up to one-quarter of an inch.

The warmest observed temperature on Sunday in College Station was 31 degrees, tying the record set in 1895 for the coldest high temperature recorded in the city.

Monday's observed high temperature of 19 degrees set a new record, breaking the previous record of 35 degrees for the coldest high for the day set in 1951. The official snow totals were still being calculated at 5 p.m. Monday.  The low temperature for Monday could tie a 122-year-old record. As of Monday afternoon, the predicted low Monday night into Tuesday was 2 degrees. The record set in 1899 is 1 degree.

The expected high temperature for Tuesday is 25 degrees, and College Station could get above the freezing mark on Wednesday with a high of 35 degrees; however, freezing rain and a wintry mix is also expected, according to the Weather Service forecast.

While temperatures remained above zero on Monday, the wind chills have felt near or below zero. The Brazos Valley is under a wind chill warning until Tuesday at noon due to the frigid feels-like temperatures.

“A wind chill warning means the combination of very cold air and strong winds will create dangerously low wind chill values,” the National Weather Service alert states. “This will result in frostbite and lead to hypothermia or death if precautions are not taken.”

These precautions include wearing multiple layers if going outside and having extra blankets and layers to wear inside when the power goes out. The College Station Fire Department also urged residents in a tweet Monday afternoon to bundle up instead of using unsafe methods to heat a room.

The snow that fell Sunday night and Monday morning amounted to between 2.5 inches to 7 inches throughout the area, with winds creating snowdrifts of more than a foot, law enforcement officials stated.

Reports from the National Weather Service’s Houston/Galveston forecast office included 2.5 inches in south College Station, 3.5 inches in Bryan, 6 inches near Texas A&M and another College Station report of 4 inches with up to 8-inch snowdrifts on the side of buildings.

Texas A&M canceled both in-person and virtual classes Monday, and students took to the snow to make snow angels and slide down snow-covered hills  — and stairs — in laundry baskets, container lids and anything else at hand.

Some students chose to ski behind trucks on campus roads. College Station Police Department shared a tweet Monday afternoon discouraging such activity on public roads, stating “It is not safe (or legal) to tow a person on a bicycle, coaster, sled, toy vehicle, or using roller skates on a public road in Texas.”

Tyler DeLeon said he has seen this kind of weather when his family would go skiing, but never in Texas.

“You can tell that nobody’s prepared for it,” he said walking his dog, Rogue, in Crescent Pointe Park in College Station. “It’s crazy. It’s awesome, though.”

Thousands in Bryan-College Station without power amid record cold

While there were about 2 million Texans fighting unprecedented winter weather without electricity as of Monday morning, the state’s grid opera…

Due to continued freezing weather and adverse road conditions, combined with prolonged power outages at The Eagle's offices in Bryan on Monday…

The following is a list of closures and delays around the Brazos Valley because of weather.