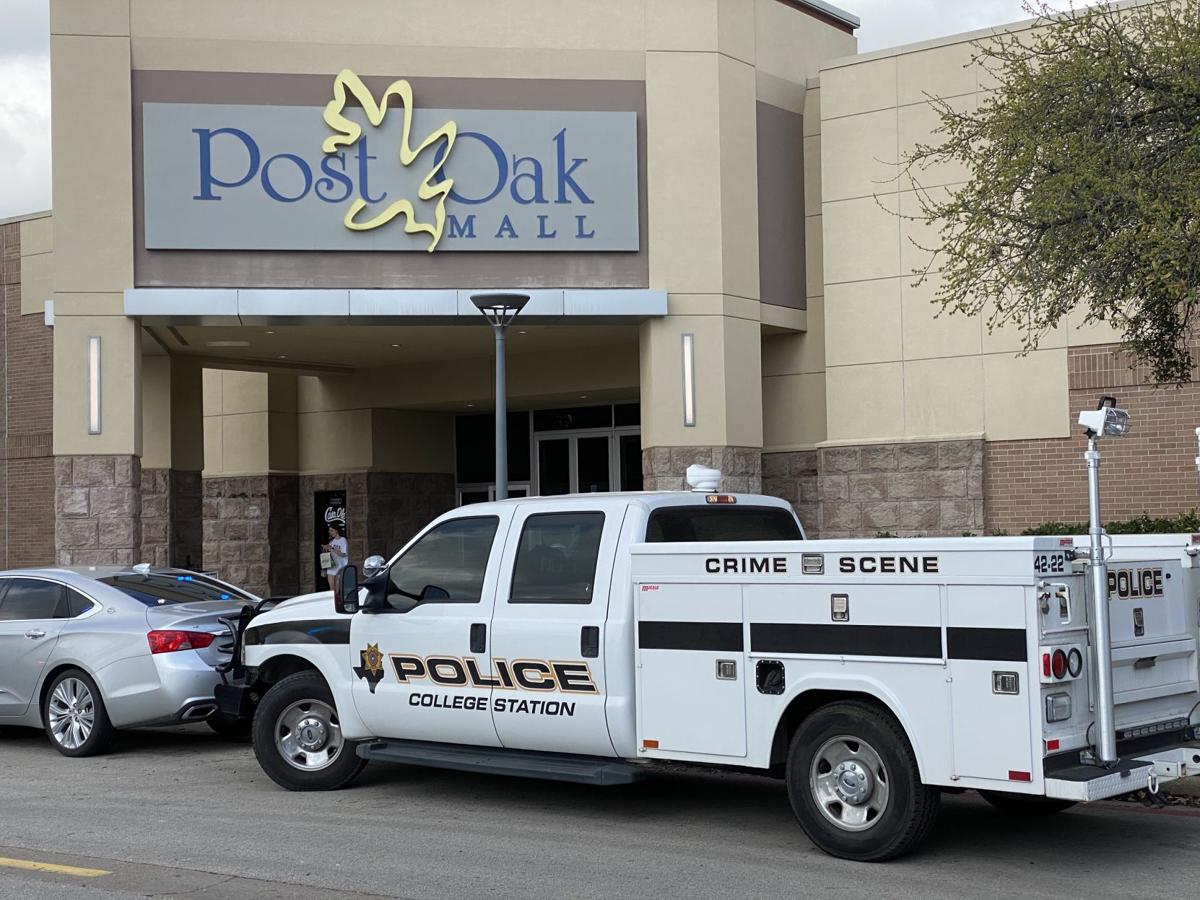 Police respond Tuesday at Post Oak Mall.  A suspected “smash and grab” theft at a jewelry store initially was reported as an active shooter. 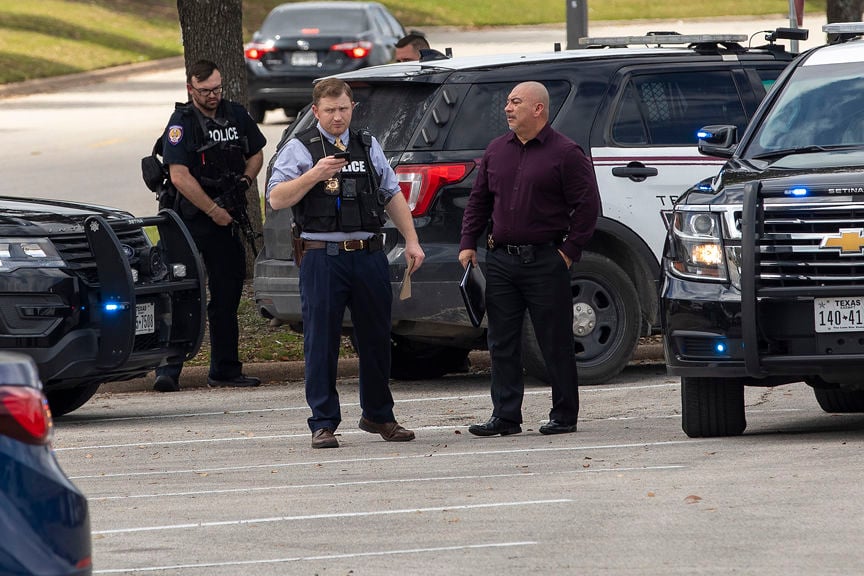 Police officers respond to a possible "smash and grab" theft at Post Oak Mall in College Station on Tuesday, March 10, 2020.

Post Oak Mall was temporarily placed on lockdown Tuesday afternoon after a likely “smash and grab” theft at a jewelry store initially was reported as an active shooter.

No injuries were reported.

According to College Station Police Department spokesman Officer Tristen Lopez, multiple calls to 911 rolled in from the mall just before 1:30 p.m. Panic and commotion had ensued after three men attempted to steal from Zales jewelry store by smashing open glass cases with an undisclosed object. The sound of the glass breaking was interpreted by some witnesses as gunfire, Lopez explained, which initiated an active shooter response from local law enforcement.

The mall was locked down as armed officers swept its halls. Stores’ gates were closed, and people either ran from the building or took cover.

We respond with as many personnel as we can muster.”

Less than an hour after the incident, once police determined that no threat remained present, shops were allowed to reopen and the public was allowed to come and go as it pleased. Lopez said he could not comment on what, if anything, had been stolen. Zales’ employees were never threatened with a weapon, he clarified.

According to Lopez, the vehicle the three were traveling in was found Tuesday evening abandoned alongside Texas 6 in southern Brazos County. He said police cleared the scene surrounding the vehicle and indicated those living in the area should not be alarmed.

After the mall reopened, customers trickled back inside. Taylor Hosick, assistant manager of Zumiez, a retailer across the hall from Zales, emerged from the stock room of her store once the all-clear was given by police and mall supervisors. She said she hadn’t believed the incident to be that of an active shooter until she saw a post about the situation online.

“I heard glass smashing, and then I heard [a] woman at Zales run out, [shouting] ‘Somebody call 911,” she said. “We have had a couple of smash-and-grabs at the mall before, [and] I was thinking that.”

A similar incident occurred at Kay Jewelers in Post Oak Mall in January 2019. A group of men broke a glass display case and stole thousands of dollars worth of jewelry. Three men were eventually arrested and charged in that case.

Vision Works optometry technician Ashleigh Leaver said her employer’s office had been closed for lunch at the time of the incident, but the business is located at the exit nearest Zales.

“I heard a noise, and I looked up,” she said. “I had my food from the food court, and I saw a guy with a red shirt running out. ... I assumed someone got robbed, but then I saw on Twitter it [could be] an active shooter, so we went in the back and waited there.”

Melissa Bernal, assistant manager of Casa Ole restaurant, also was positioned adjacent to the nearest mall exit from the incident, She said she thought the sounds were gunfire, and she saw what appeared to be three young men running from the jewelry store.

“I heard three, like, pops, and I’ve found out now that it was them breaking the glass,” she said. “I saw them running, and I just threw this door open to run back in the restaurant.”

Italy Ramirez, store manager for Zales’ neighbor Foot Locker, said a customer of Zales darted into her store after the cases were smashed. The customer was on the phone with 911, frantically describing how someone had broken the glass cases with what the person believed was a sledgehammer. Ramirez said she was not initially fazed by the noise, as construction was under way at a store space nearby, and loud noises are typical. Once the situation seemed more serious, she pulled Foot Locker’s gate to the floor and sheltered in the stock room with one customer.

“You couldn’t even leave through the back door because you didn’t know where [the suspects] were in the mall,” she said.

A Zales corporate spokesperson with Signet Jewelers Limited declined to answer questions about the incident or about safety measures taken by the company.

College Station police officers responding to reports of an active shooter at Post Oak Mall on Tuesday afternoon have confirmed no shots were fired.

Police respond Tuesday at Post Oak Mall.  A suspected “smash and grab” theft at a jewelry store initially was reported as an active shooter.

Police officers respond to a possible "smash and grab" theft at Post Oak Mall in College Station on Tuesday, March 10, 2020.