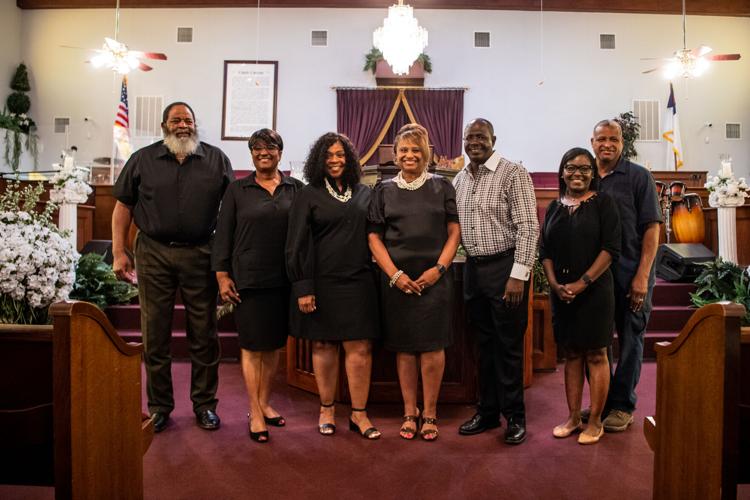 Pastor Marie Nutall (center), leaders of the church and the congregation of New Jerusalem Missionary Baptist will celebrate the centennial of the church this year. 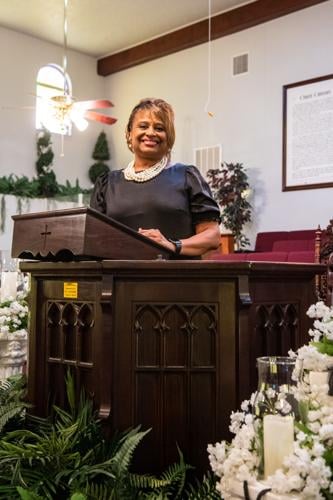 Pastor Marie Nutall and the congregation of New Jerusalem Missionary Baptist will celebrate the centennial of the church this year. 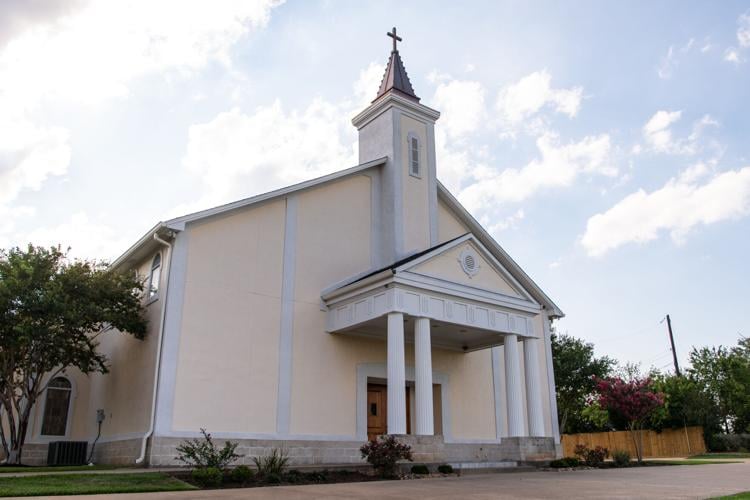 New Jerusalem Missionary Baptist Church is located at the intersection of Texas 21 and N. Harvey Mitchell Parkway in Bryan.

“It’s truly amazing to be the ones that God would use to lead the congregation into the centennial celebration,” she said. “We have learned and are yet still learning from our past generations because past generations is our history.”

To celebrate the landmark anniversary, the church will host a gala this weekend for the congregation to fellowship with each other before a special Sunday service with Bishop Maurice Green Jr. from Lily of the Valley Church of God in Christ joining Nutall to celebrate.

Nutall is just the third pastor at the church and has served in the position for 17 years. Rev. Garfield F. Alexander served for 56 years and Rev. S. E. Taplin led the church for 27 years. It was Taplin who ordained Nutall and gave her the tools to lead the church, which is also known by its congregants as the “Powerhouse of Deliverance” because it is a place for those who “desire to be delivered,” Nutall said.

She said she did not expect to become pastor when she joined the church in 1987 after moving to the area from East Texas to attend Texas A&M. She served as an assistant pastor for five years before stepping into the role of lead pastor.

“It’s been a life of service, a life of sacrifice, a life of challenges, a life of hurt, a life of joy, pain; but in all of it, God has never failed me, nor has he failed us,” she said. “I’m excited about where this ministry is going and what it will be beyond me.”

Taplin always believed in Nutall's ministerial abilities, she said, and she remains committed to her responsibility.

When she was first named pastor, she described it as a “divine assignment” and still considers it that.

Nutall’s husband, Lorenza, a deacon in the church, said it is that love that keeps him charged week after week. Looking ahead to the church’s future, he hopes it continues to grow with love and spread that love to others.

Jenita Rayford, an administrator in the church said she believes the best is yet to come for the church. She said the church’s location on a hill alongside W. 28th Street in Bryan — across N. Harvey Mitchell Parkway from where the church first opened its doors — holds both physical and spiritual significance.

Much of the leadership used the word “sustaining” to describe the role the church community had for them during the COVID-19 pandemic.

“I think that for 100 years, in the midst of the pandemic that we face, so many churches have closed or are non-existent anymore,” Rayford said. “I just think that his favor, his love, resides here. That’s truly what speaks to me in every way when I think about this church; I think about the blessing.”

Nutall said through the challenges and obstacles the COVID-19 pandemic presented, it also brought some positive changes to the church, including moving into an age of technology and livestreaming Sunday services on social media.

“It’s the goal of every pastor to make sure that we’re teaching, explaining, proclaiming; that we can never forsake the assemblage of coming together,” she said. “The pandemic taught us how much we may have taken for granted, how much that connection meant to us.”

Pastors never anticipated preaching to pews, she said, but she will never forget Sunday, March 15, 2020, as they thought a shutdown was looming.

“Jenita looked at me, and she said, ‘You just be ready. Just come in here and be you and be ready,’” Nutall said. “I’ll never forget that. I’d never been in front of a camera before. She said, ‘I’ll take care of everything else. You just be ready.’ So what we had to become for each other is priceless. And for me, I’ll remember it for the rest of my life because I could not have done it without each of them.”

John T. Washington, one of the church’s deacons, said that time was anything but normal as he watched Nutall preach to an empty church.

“The Lord sustained us,” he said. “He took us through a lot of things that we thought we would never have to see, especially in church.”

Nutall said the continued use of livestreaming has helped grow the church’s reach, although attendance in the sanctuary has not yet rebounded back to pre-pandemic levels.

The church averaged 330 to 400 people each Sunday with Easter growing to 500 or more before the pandemic, she said. However, the average since the church reopened to congregants has been about 185 with 239 at Easter this year.

“We are finding that as much as you may love numbers, numbers don’t always necessarily mean growth when you’re doing the Lord’s work,” Nutall said, describing the church leaders as “walking epistles.” “You can have tons of people, but it’s really about are they spiritually mature and are we really disciples?”

David Rayford, one of the deacons, said he is glad to see people, regardless of gender or race, coming in to hear what Nutall has to share each Sunday.

“We believe that God is allowing us to cross every line, so we’re seeing different denominations are crossing over to us, as well as different races of people,” Nutall said, adding the congregation represents the beauty of the community. “And that’s God. He’s love. We all don’t eat the same things. We all have different opinions. We all have different lifestyles. But we believe in the word.”

Washington said he has thought about how strong the foundation has been to hold the church for 100 years.

“All we have to do is just keep holding on, keep prayed up,” he said. “Whatever he has in store for us, it’s still better yet to come.”

Nutall said she believes the future of the church is bright, built upon the foundation her two predecessors established.

“I believe that we have growth coming in every aspect of our ministry, and he’s bringing people to us from the north, south and the east and the west,” she said.

This article was edited to reflect clarification the Rev. S.E. Taplin's support of Marie Nutall as a pastor.

A 13-year-old girl was killed in a rollover accident on FM 39 about a mile north of Iola on Wednesday night, according to the Department of Pu…

WTAW looks back at 100 years of radio

Three local schools have been named among the 59 Districts of Distinction by the Texas Art Education Association, including Bryan and College …

Navasota High School students on the engineering path will have the opportunity to do something not many can say: build a full-scale FAA-certi…

Last March 9 had the potential to become a tragic day at Bryan High School.

Pastor Marie Nutall (center), leaders of the church and the congregation of New Jerusalem Missionary Baptist will celebrate the centennial of the church this year.

Pastor Marie Nutall and the congregation of New Jerusalem Missionary Baptist will celebrate the centennial of the church this year.

New Jerusalem Missionary Baptist Church is located at the intersection of Texas 21 and N. Harvey Mitchell Parkway in Bryan.