The gun used to kill Billy the Kid, which was owned by late Texas A&M professor Jim Earle, sold at auction last month for a record $6 million.

The gun, a Colt “Peacemaker” revolver, Sheriff Pat Garrett used to kill the notorious outlaw in 1881, set a world auction record for any firearm. It was part of a collection of Western firearms and other items from Wild West lawmen and outlaws that belonged to Earle and his wife, Theresa. The auction was held through Bonhams Aug. 27.

Before the auction, the firearm was estimated to sell for between $2 million and $3 million. The collection sold for a total of more than $12.3 million.

Earle died in 2019 at the age of 86, and the Earle family decided to sell the collection. He served as an engineering professor at Texas A&M from the late 1950s until retiring in 1995 and was well-known for his cartoon character, Cadet Slouch, which ran in The Battalion until 1985.

“This sale was a tribute to Jim and Theresa Earle and it was a tremendous privilege to bring their historic Western collection to auction. The top lot, Pat Garrett’s gun that killed Billy the Kid, attracted attention from all around the world and led to a world auction record for a firearm,” said Catherine Williamson, who serves as Bonhams’ director of books and manuscripts, in a news release. “This momentum continued, and we saw determined bidding from clients that drove the sale as one of the most valuable private collections of Western memorabilia offered at auction.”

Other marque items of the collection that were auctioned included the gun John Selman used to kill John Wesley Hardin at the Acme Saloon in El Paso in 1895, which sold for $858,313. The gun Hardin was carrying when he was killed was sold for $625,313.

Daniel Robinson has been missing for over three months in Arizona

Daniel Robinson has been missing for over three months in Arizona

A Bryan man was sentenced to life in prison this week after being found guilty of assault family violence with a previous conviction.

Renovations worth $5.9 million are set to begin soon at Easterwood Airport.

The family of a 4-year-old Robinson boy who lost both hands in a farm implement accident last year is suing the Bryan farm equipment company that retrofitted the machinery.

The number of active COVID-19 cases in Brazos County surpassed 2,000 for the first time on Tuesday as health officials reported 230 new cases …

Editor’s note: This is part of a series of stories highlighting high school students from the Brazos Valley who are active in 4-H or FFA. The …

The Colt revolver Pat Garrett used to kill Billy the Kid in 1881 sold for a record $6 million at auction last month. The gun was part of collection owned by late Texas A&M University professor Jim Earle. 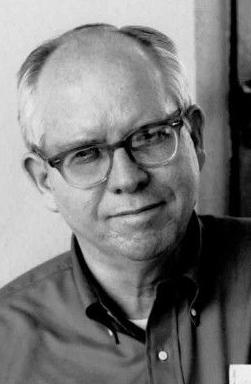