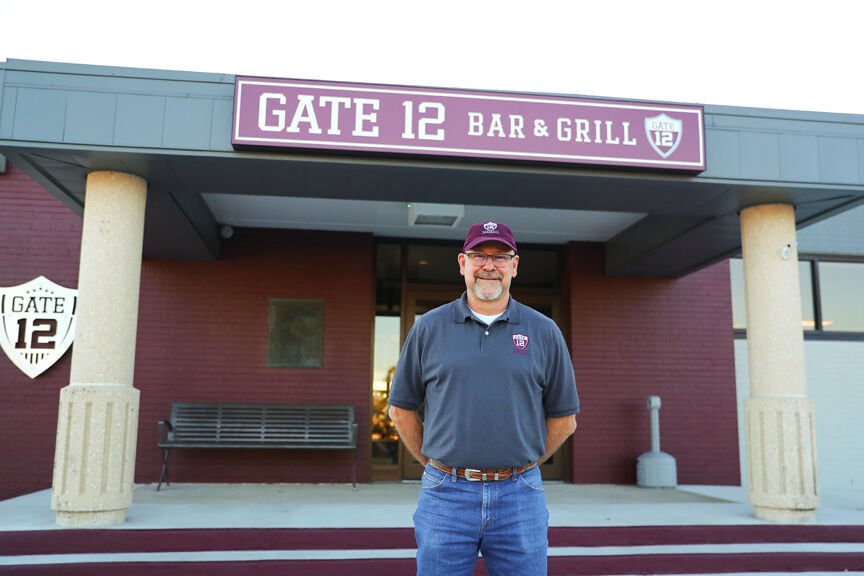 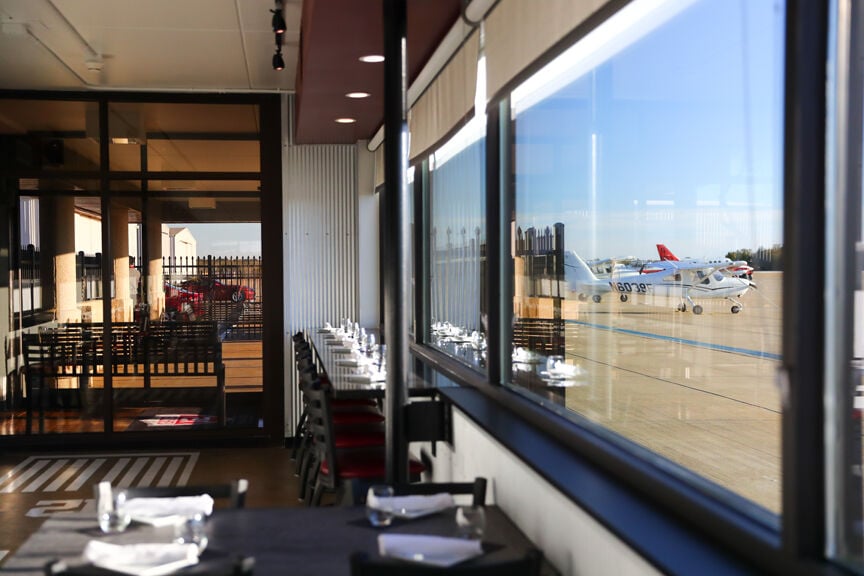 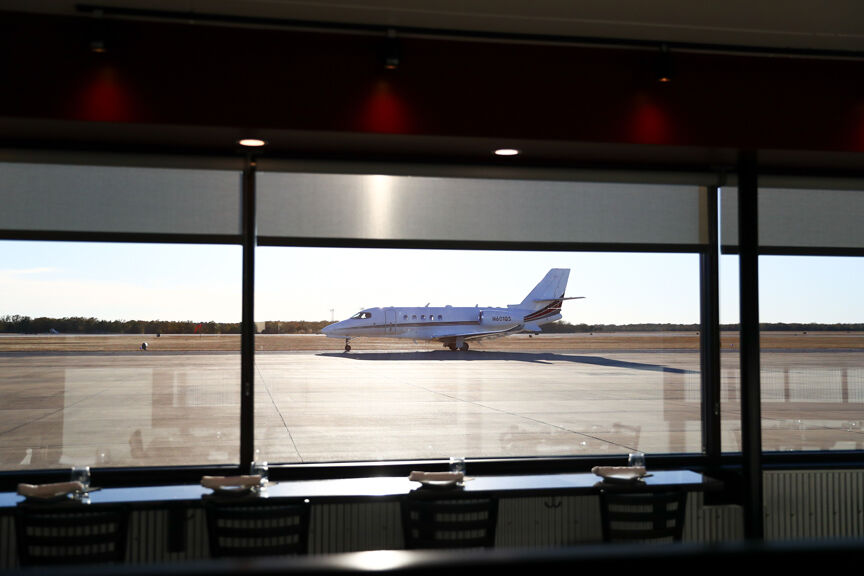 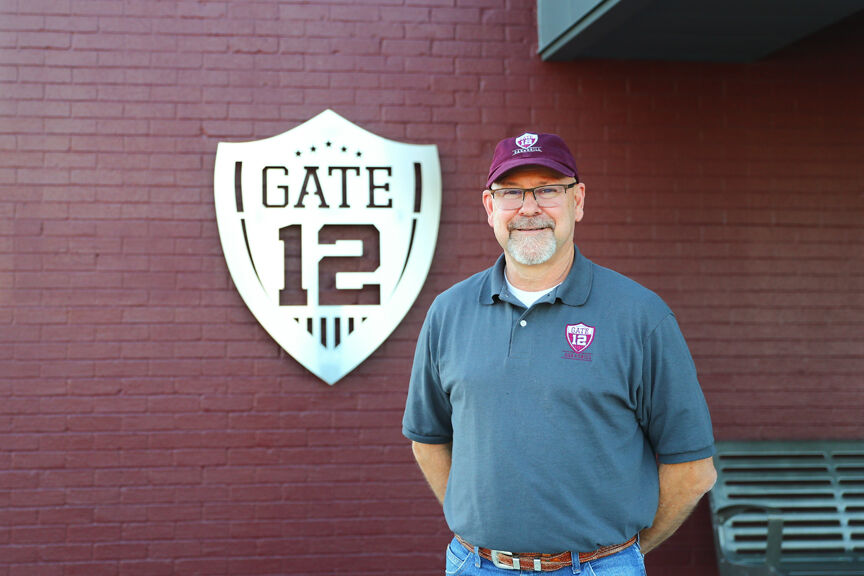 Patrons at the forthcoming Gate 12 Bar and Grill can watch airplanes of various kinds come and go on Easterwood Airport runways and taxiways — a dream of aircraft fan and restaurant owner Cody Whitten.

“It’s really cool for an aviation enthusiast to come out here and see this,” Whitten said Tuesday afternoon, gesturing toward aircraft on the move during an interview with The Eagle. As part of the lead-up to Gate 12’s Thursday opening, Whitten has posted short videos of various aircraft on Facebook; he noted Tuesday that the sounds of roaring engines can be heard from inside the dining areas.

Whitten has family members who are pilots but is not one himself — though he has taken lessons in the past.

“I grew up in a crop-dusting business in Snook — my dad’s business,” Whitten said.

Gate 12 is in the old General Aviation Terminal, south and east of McKenzie Terminal. Whitten said the idea for the restaurant came out of conversations with “old Ags” at the start of 2019; he said many in the community have wanted a restaurant next to Easterwood Airport.

Next to Gate 12 is a historical marker commemorating Easterwood Airport’s namesake: Jesse Lawrence Easterwood, a Navy pilot and former Texas A&M student who was one of the first American pilots to enter World War I, according to previous reporting in The Eagle.

Embedded in the ceiling at the center of Gate 12 is a four-bladed propeller that served as an A&M wind tunnel prop — and before that, as one of four propellers on the Enola Gay B-29 bomber that was the first aircraft to drop an atomic bomb, in Japan.

Whitten also owns J. Cody’s Steaks & BBQ on South College Avenue in Bryan; he said there is “a little” overlap between the two menus. David James is the restaurant’s executive chef, and Whitten described the ambience of Gate 12 as “relaxed elegance.”

The Texas A&M University System owns the building, as well as the Enola Gay propeller, and Gate 12 is subleasing the building from Astin Aviation. Construction began about a year ago, and the coronavirus pandemic delayed completion of Gate 12 as well as dramatically altering operations at J. Cody’s, Whitten said.

Gate 12 also includes “The Hangar,” a private dining area that seats about 40, features art by Cherry Vollert and has sliding doors that resemble those of an aircraft hangar. Whitten said a group of 15 enjoyed a meal in the private hangar, and pilots have also come in to eat during the restaurant’s soft opening.

Additionally, the dining area closest to the airport’s taxiways is designed and furnished as a long, relatively narrow runway. Including the bar area, Gate 12 will seat 186 people at post-COVID capacity.

Gate 12 will be closed Sundays early on, but plans to eventually be open seven days a week, Whitten said. It will open at 11 a.m. Mondays through Saturdays and is located at 1770 George Bush Drive West.

Gallery: Clothing for Kids at Target in College Station

Biden: 'Prepared to negotiate,' on infrastructure

Biden: 'Prepared to negotiate,' on infrastructure

Biden calls for peace and calm after MN shooting

Biden calls for peace and calm after MN shooting

One hundred years ago today, Jesse Lawrence Easterwood — a Navy pilot and former Texas A&M student — was killed during a sea plane flight …