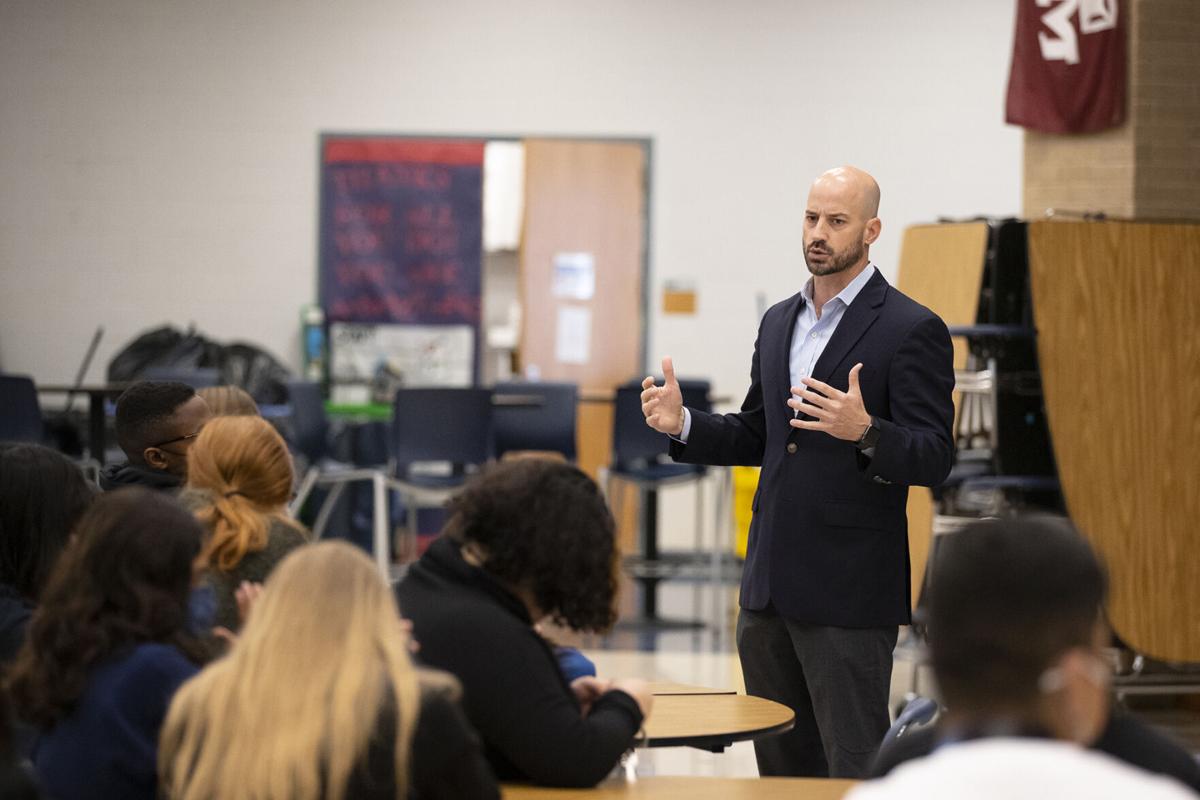 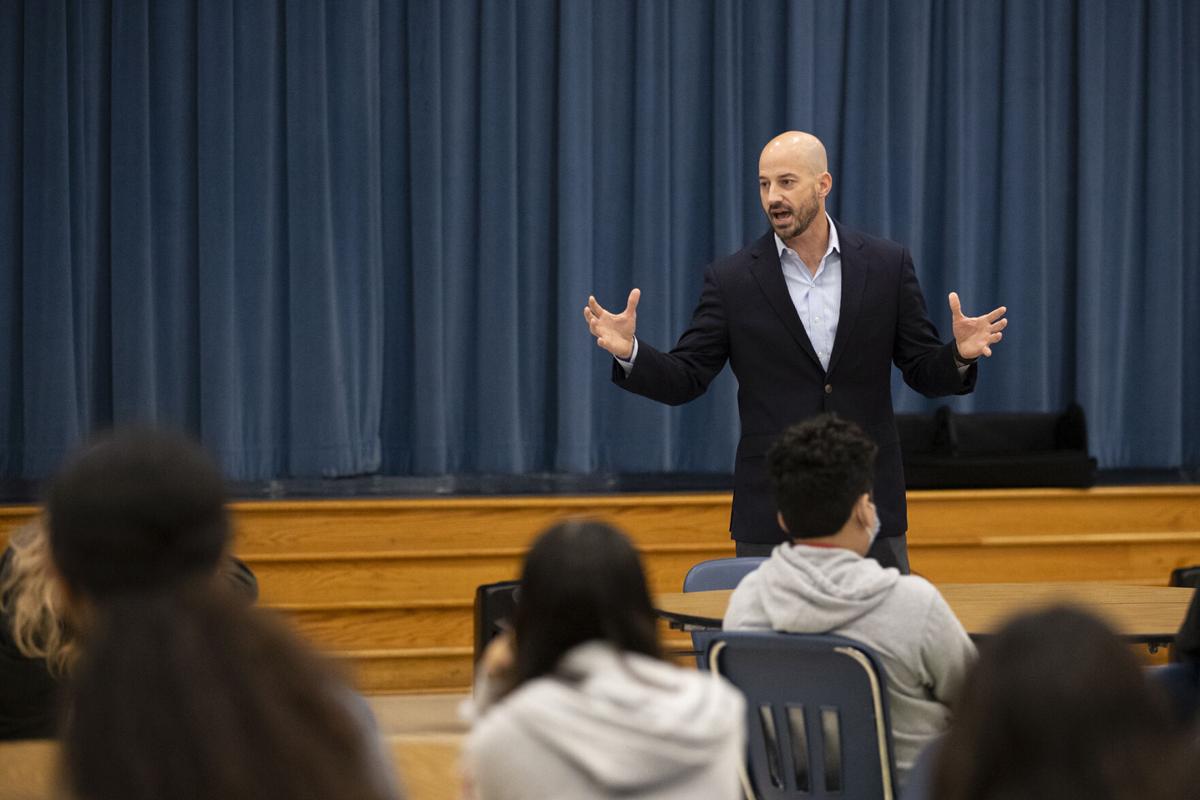 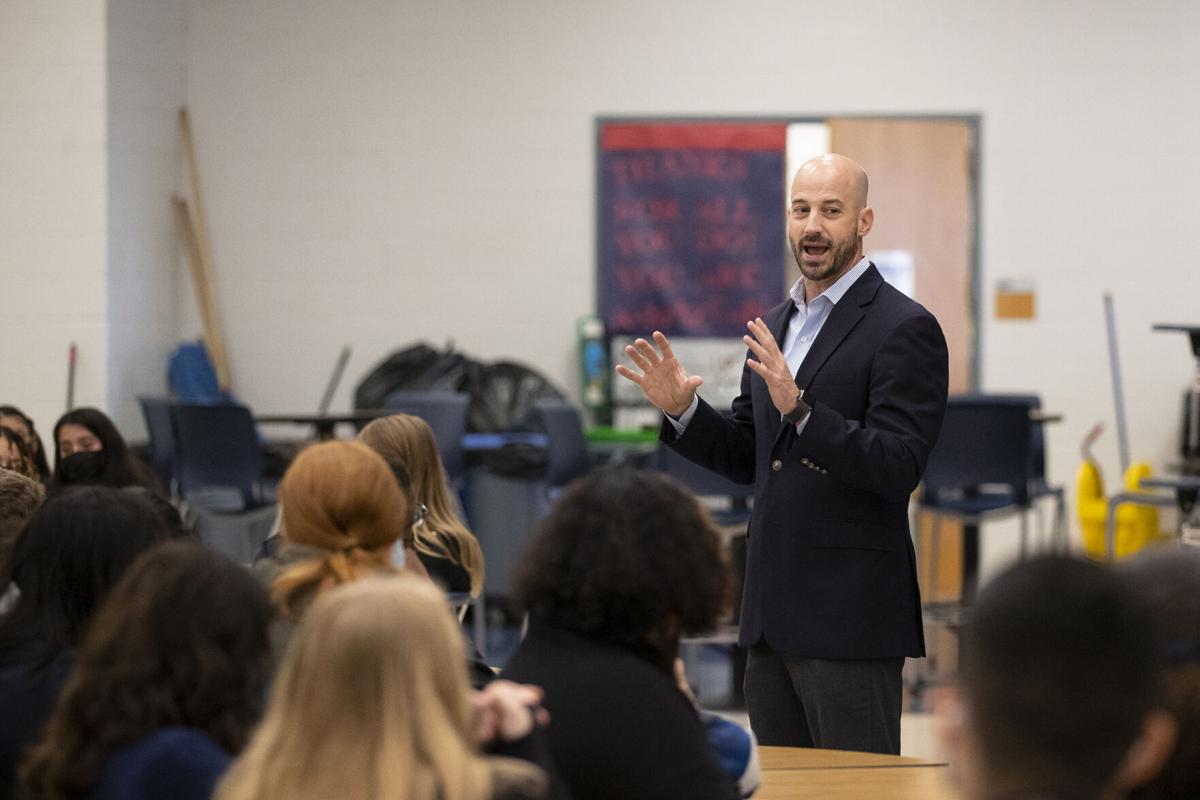 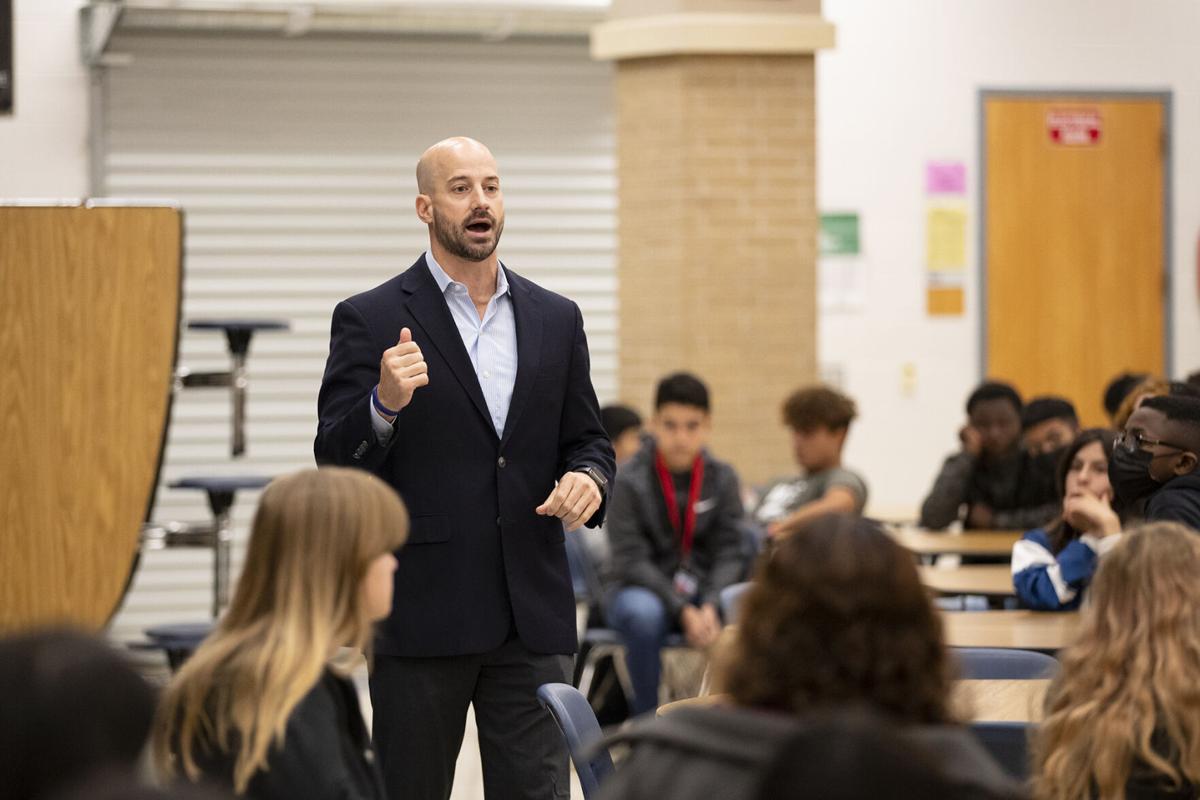 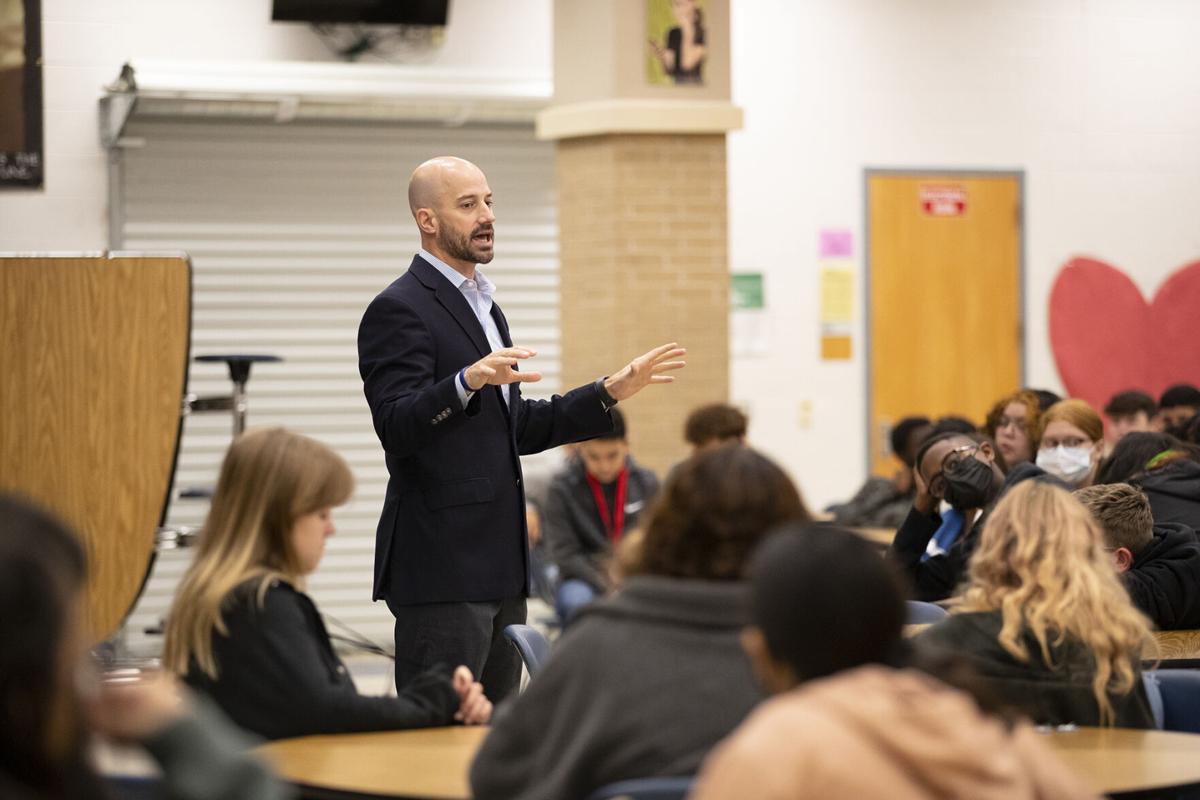 The discussion was part of the students’ project-based learning unit about being a science communicator and falls in with their unit on viruses.

Sheila Bracken, biology teacher in the Inquire Academy, said she had the idea to include the topic as a way to tackle the idea of misinformation after following the Centers for Disease Control and Prevention on Instagram and seeing how they communicate with their audience digitally.

“I want to teach these kids – because they’re supposed to be leaders in our community – how to either communicate science effectively, accurate information or even just kind of muddle through what could be real and what isn’t and check their sources and find valid information,” Bracken said.

The project-based learning is a way to help students learn scientific reasoning skills they will use in future science classes and also the work ethic and responsibility they will use throughout life.

Their current project of researching viruses had some choosing to look at viruses in general and others focusing on a specific virus. After conducting their research, each group will have to create a presentation to communicate their findings to the Inquire Academy’s seventh graders.

The role of a science communicator and effective communication as a tool in science is one that had not been “appropriately understood” before the COVID-19 pandemic, according to Sullivan, an infectious disease specialist at Baylor Scott & White.

“I’m glad that they’re getting that instruction in science and communication and those two together,” he said. “I think that if there is any take home from COVID-19 thus far, it is how critical communication is.”

Sullivan said he was impressed with the 11 questions the students had prepared, including how to communicate when emotions become involved, how to discuss information without confusing the audience and the best tactics to communicating effectively to the community without causing panic.

“You can see them being stimulated and engaged in such a great way from a science perspective, but also to understand how important it is to communicate the findings of science,” he said.

In their questions, Sullivan said the students showed their understanding of the core issue of overcoming the challenges in communicating effectively.

He explained to students the importance of being clear, concise and patient and also being repetitive when needed when sharing their information.

“I encourage you all to ask questions and to be curious and to be a little skeptical, but to remain optimistic, and when you communicate to communicate as clearly as we can,” Sullivan concluded his presentation.

The eighth graders and others of their generation, he said, have information coming at them “at all angles,” so it is important for them to be skeptical of information and ask questions about where the information came from, how it was gathered and if it applies to their question before determining if they can trust the information.

“Those questions, all good scientists are able to ask over and over again to the point where it’s almost intuitive, this idea of being discerning of the information that’s coming in,” Sullivan said.

Eighth grader Paige Perrone said she liked hearing Sullivan in person instead of on the news because the discussion was geared for them specifically, which helped her understand his message.

As she works on her project on the Parvovirus B19, Perrone said, it was good to hear his advice, albeit in a different way, to make sure the audience understands.

Perrone’s classmate, Erika Vitha, said it was useful for her project on HIV because she was worried about how to present the information she finds to the students in an interesting way that is more than just facts and figures.

“I want to make it engaging and just really communicate those ideas to the seventh graders,” Vitha said. She also realized she will have to explain terms the seventh grade students have not learned yet.

Bracken said she hopes the students take away the importance of being discerning and feel as if they can do their own research, understand the difference between useful information and misinformation and communicate facts to others.

“Just because they’re a kid doesn’t mean that they can’t look into scientific fact and do a little bit of that research by themselves,” she said.

Perrone said she feels more confident in how to communicate with others.

After the hour-and-a-half long class, Sullivan said he was inspired by the students.

“I hope that they look at the challenges that we have as opportunities to make the world better, to go and leave their mark – wherever their passions are, whatever their interests are – that they’re able to go forth and lead the charge,” he said. “We’re going to need that. We’re going to need these eighth graders to take the torch one day and to lead us to a safer and better place.”

WH: We 'don't know' if Russians are playing games

WH: We 'don't know' if Russians are playing games

Get our local education coverage delivered directly to your inbox.

A groundbreaking ceremony Monday afternoon at Rudder High School will kick off a project to add 14 new classrooms.

Students at Navasota’s High Point Elementary experienced how science, technology, engineering and math can be applied to the real world with a…

Two Grimes County school districts have canceled classes for the rest of the week in an effort to slow the spread of COVID-19 on campuses.

By the 2024-2025 school year, the College Station school district is projected to surpass 15,000 students, according to projections from Templ…

The Bryan school district is hosting information nights for the advanced academic programs housed at the schools.