The Bryan school board approved two new administrators during a workshop meeting this week.

Shannon McGehee, who has served as Davila Middle School principal for the past eight years, will move into a new district leadership role as director of student services.

“I am thrilled and excited to transition to the position of director of student services,” she said in a press release. “I look forward to continuing to work with students, families, and the community of Bryan ISD in this capacity.”

A Texas A&M graduate, McGehee has served as a teacher in the district before transitioning into campus-level leadership roles for 17 years of her career.

“We know that she’ll do an outstanding job as she has in the principalship,” Bryan Superintendent Christie Whitbeck said during the workshop.

In the 2021-2022 school year, Daniela Garza-Ramirez will take over as principal of Henderson Elementary School after spending the past five years as assistant principal at the campus.

She will take replace Danielle Legg, who after 10 years at Henderson will be moving to Ross Elementary School as its new principal.

Garza-Ramirez, a Texas A&M graduate, began her 14-year career as a teacher at Bonham Elementary School and served as a master teacher and instructional coach at the school before moving to Henderson Elementary as an assistant principal.

“I am very humbled by this opportunity,” she said in a press release. “I look forward to serving my Henderson family in a different role. Henderson Elementary has a very special place in my heart. I love all the students, their families and staff, and I can’t wait to see the great things we will accomplish together next year.”

The release states Garza-Ramirez has helped in expanding the dual language program at the school.

“Daniela Garza-Ramirez has a special connection with all families at Henderson Elementary School,” Whitbeck said in the press release. “She is the right person to continue building upon the growth and positive culture and climate at Henderson.”

Get our local education coverage delivered directly to your inbox.

The theme for this year’s seniors at MC Harris High School has been “triumph through adversity."

In a high school career that has included three principals, a global pandemic and a record-breaking snow and ice storm, valedictorian Catherine Riley said, “through these changes and unprecedented times, we persevered.”

Navasota High School cosmetology students ended the 2020-2021 school year in a new lab where they get a salon experience without ever leaving the building.

A&M Consolidated graduates urged to find their purpose in life

Using examples from writers, musicians, poets and leaders from around the world, graduates were encouraged to find ways to make the world a better place.

The theme of being adaptable and flexible this school year continued with Friday night’s graduations as many area high schools moved ceremonies inside or delayed commencement before opting to postpone until today.

Bryan Collegiate High School’s Riley Foster and Bryan High School’s Garrett Avery, Cade Conrad and Audrey Vestal each received a $3,000 scholarship for their work in class and through student organizations.

On Sept. 27, 1920, the first class of A&M Consolidated High School students began the 1920-1921 school year in a lecture hall on the Texas A&M campus. Friday’s dedication came the day before this year’s graduates are set to walk the stage at the stadium. 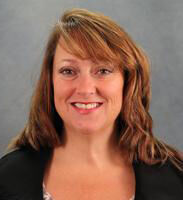 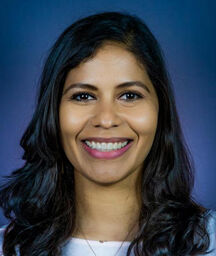