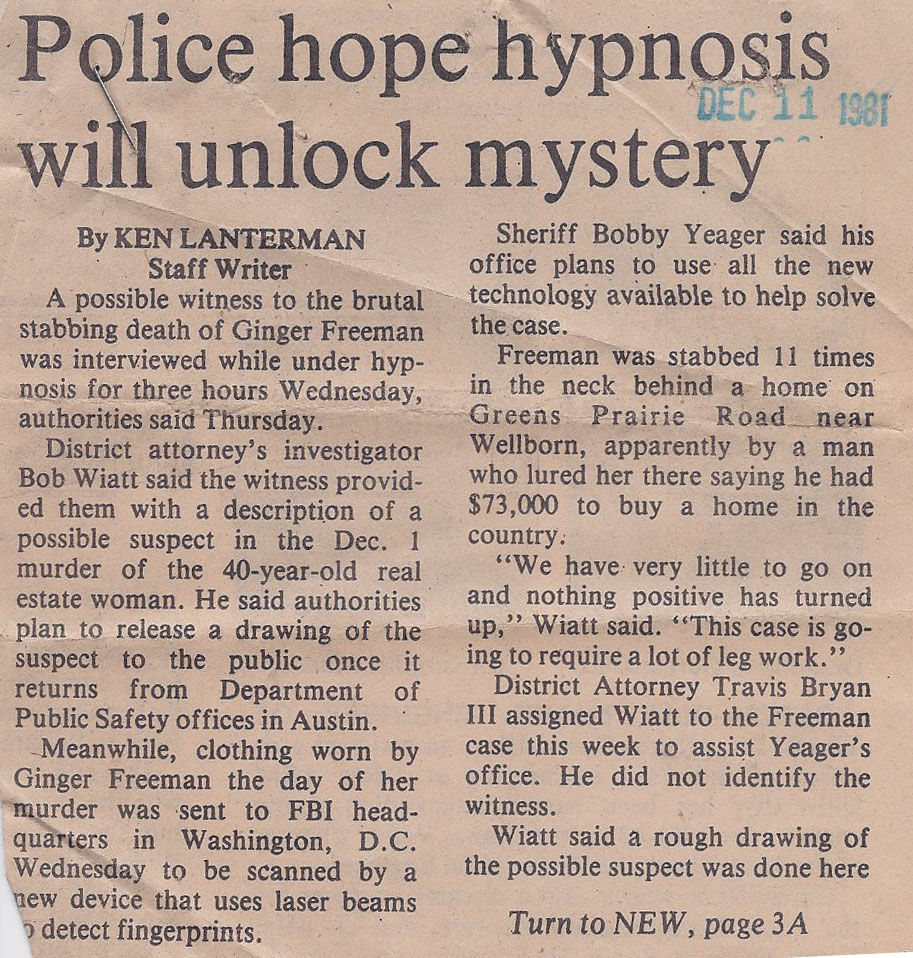 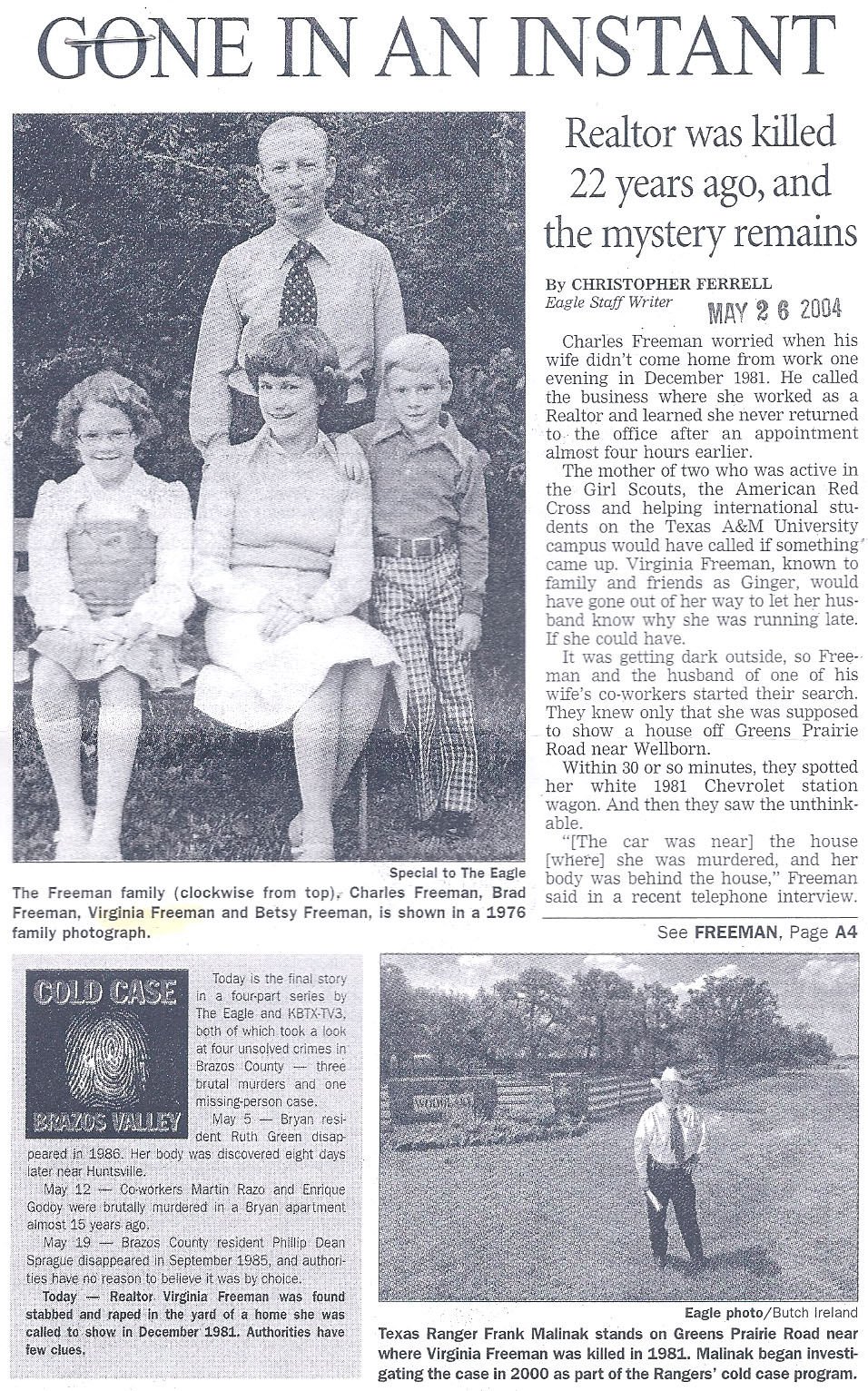 According to a story in The Eagle at the time, a man with a "country-sounding accent" had called Bryan Real Estate Mart around 3 p.m. asking to be shown a home. The man said he had $73,000 in cash to pay for the home. A half-hour after the call, Freeman had been stabbed 11 times in her neck, which had been broken as a result of strangulation. Investigators later learned Freeman had been sexually assaulted.

The television series National Geographic Explorer fronted the roughly $3,600 for an analysis known as Snapshot DNA Phenotyping, which "predicts the physical appearance of ancestry of an unknown person from DNA," according to the website of the company that did the analysis.

Freeman had DNA under her fingernails that could have been from her killer; the analysis used that DNA to create a sketch of a face, which Kirk will release next week. Kirk will release two images: one of the face of the possible killer at the time of Freeman's death in 1981, and one that, through the use of age-progression technology, will show what the potential killer's face could like today.

The case holds special relevance for Kirk: Freeman's slaying was the first he assisted with after joining the sheriff's office in 1980. In the years since, the agency, under multiple sheriffs, has followed up on leads and suspects, questioning men such as Henry Lee Lucas, who killed 100 women in 17 states, and Eugene Watts, who killed 11 women in the Houston and Galveston area, among other mass killers. Last year, investigators flew to Florida to follow a tip; it didn't lead anywhere.

Kirk said the inability to find Freeman's killer wasn't for lack of trying.

"Certain technologies weren't available back then," he said, and the killer likely was from outside the state and possibly a serial killer.

The sheriff's office sent DNA to the state lab and checked it against a forensic DNA database from cases involving violent crimes. Given that there was no match in the database, Kirk said it's likely the DNA recovered from Freeman belonged to someone who had not been convicted of a crime.

"We're anxious to release this composite to see what it might generate for us," Kirk said.

Kirk, who has seen innumerable leads on this case fall through in the more than 35 years since Freeman died, could yet find justice for the College Station resident's death.

"Things haven't fallen in place for us to solve this one," Kirk said, pausing for a few seconds. "Yet."

Investigators have been working the case of Virginia Freeman's death since the day she was killed. Below is a list of key dates collected from…

National Geographic Explorer has paid to analyze DNA found under the fingernails of a local woman brutally slain in 1981, helping the Brazos C… 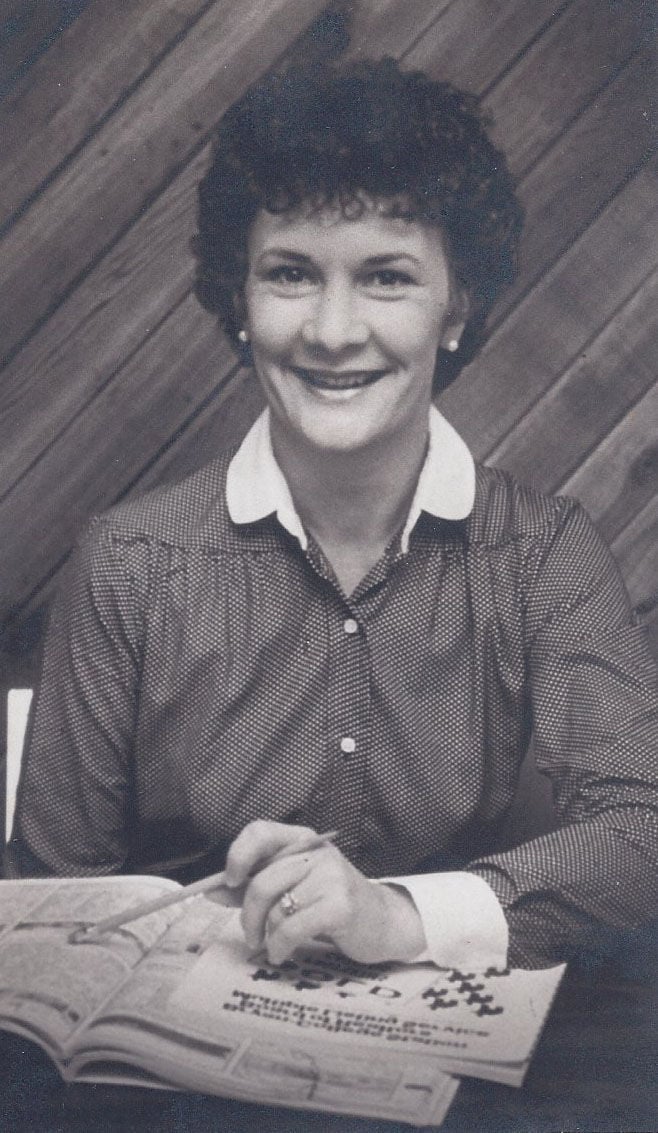