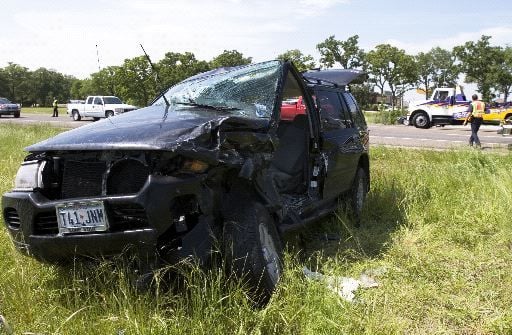 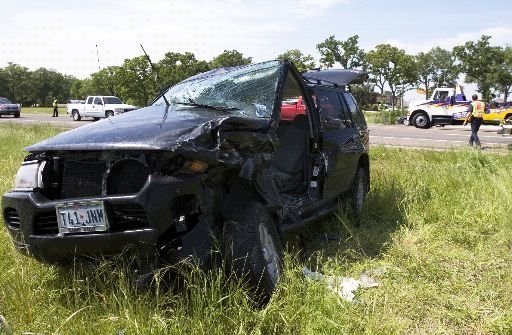 Two people were injured in a three-vehicle accident that shut down Harvey Mitchell Parkway near Holleman Drive for more than an hour Thursday afternoon.

College Station police said a sport utility vehicle was westbound in a construction zone on Holleman Drive about 2:30 p.m. when it was struck by an oncoming truck as the driver tried to turn left onto Harvey Mitchell Parkway.

A third vehicle somehow was involved, but it was unclear late Thursday which direction it was headed, police said.

The driver of the SUV was taken to College Station Medical Center. A person in the third vehicle was taken to St. Joseph Regional Health Center in Bryan.

Their names and conditions had not been released late Thursday, but neither suffered life-threatening injuries, police said.

The southbound lane of Harvey Mitchell was closed at the George Bush Drive intersection for about 11Ú2 hours while officers investigated. It was unclear whether construction workers had waved the SUV driver through the intersection, authorities said.

Two unrelated wrecks a day earlier in the Brazos Valley left a teenager dead and a man in critical condition.

Nina Delia Piedra was killed and two young children were injured in a single-vehicle crash about 10:15 a.m. Wednesday in Leon County.

Department of Public Safety troopers said Piedra was northbound on the Interstate 45 southbound feeder road about a half-mile south of Buffalo when she veered right to avoid oncoming traffic, then swerved left and crossed the southbound lane into the west side ditch.

The vehicle struck a tree on the passenger side and spun around the tree, according to officials.

Piedra, who was not wearing a seat belt, was taken to East Texas Medical Center in Fairfield. She died about an hour later. Her body was taken to Buffalo Memorial Funeral Home.

Ulises Aguilar, 1, and Edgar Aguilar, 3, each suffered unknown injuries. Ulises was restrained, but it was unknown if the 3-year-old was buckled in, police said. It was unclear Thursday if the woman was related to the boys.

In the same county, a truck driver was injured and about 6,500 gallons of oil spilled in an accident later Wednesday afternoon.

Mark Anthony Delossantos of San Antonio was driving a tanker truck north on U.S. 79 about 2 miles south of Jewett at 3:30 p.m. when he eased off the right side of the road and struck a guardrail, police said. He then veered left and crossed the southbound lane before slamming into a second guardrail, according to authorities.

The truck rolled, rupturing the tank filled with flammable crude oil and spilling it onto the road. That portion of U.S. 79 was shut down for about three hours while hazardous materials teams cleaned the mess, officials said.