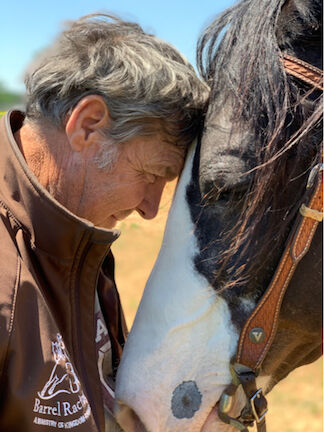 A massive stroke sidelined Melvin Carter in March, and he’s now in an assisted living facility. 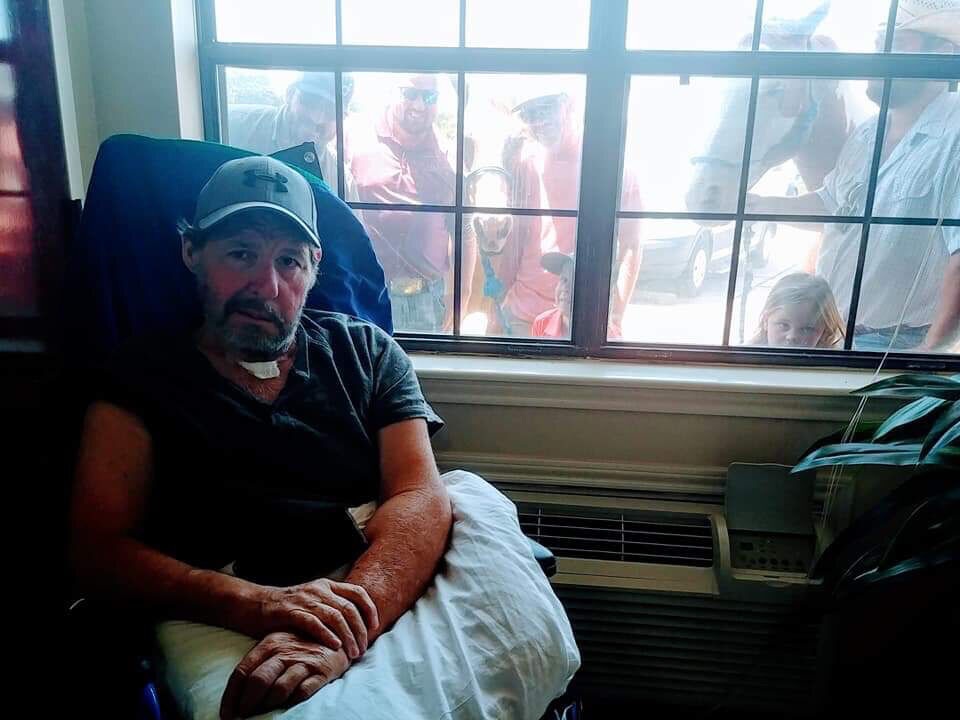 Carter met Catalena and his wife, Carolyn, more than 35 years ago. When Catalena, who died May 19, needed a ranch hand, Carter was there. When Catalena needed errands or a ride, Carter would help out. He worked as a wrangler for the Catalena Cowgirl rodeo team for years and was present at many Catalena family gatherings and holiday celebrations.

A massive stroke sidelined Carter in March, and he’s now in an assisted living facility. As he struggles to afford out-of-pocket expenses for the remainder of his recovery treatment, the Catalena Cowgirls have come forward to ask the community to support him in his time of need.

Michaela Catalena, daughter-in-law to Catalena and a rider with the Catalena Cowgirls, started a GoFundMe account last week on behalf of Carter, after she said his insurance provider reached a cap in coverage for his rehabilitation. Carter — a Bryan native and, according to Michaela, a recently retired employee for Texas A&M University Poultry Sciences — suffered a stroke while performing maintenance on his driveway at home in mid-March. An initial prognosis was grim, Michaela said, but Carter, who is in his 50s, exceeded all expectations and is now able to talk and move the left side of his body.

“He has always been a fighter,” she said. “He is much stronger than you would think. ... When I first joined the Catalena Cowgirls, I’d heard these horrific stories about how one of the people who worked [for the Catalena Cowgirls] was once gored by a bull. ... I found out that person was [Carter]. He had to be life-flighted out by helicopter at our practice arena, and he was gored through the stomach. He fought his way through that, and most people would have probably died.”

When Carter had his stroke, he was treated at a facility in Conroe before being transferred to a location in College Station that offers both rehabilitation and assisted living services. COVID-19 prevented friends and loved ones from seeing Carter in person, but many would speak to him through a glass window. Michaela said her family arranged for his favorite two horses to be brought to his facility window in College Station. Just before Catalena died, he was able to look at his friend through that same window.

“For the most part [Carter] hasn’t gotten to see Sammy, and then Sammy passed away,” Michaela said. “It’s been so hard that [Carter] hasn’t gotten to see him and had to deal with the loss of a father figure. He didn’t get to attend the funeral or mourn Sammy like the rest of family did. ... Sammy would have, if he could, just gone broke making sure that Melvin was taken care of, so with Sammy being gone, that’s pretty devastating.”

Michaela said Carter was making incredible strides with rehab and is in need of financial assistance to be able to continue that. He currently is being housed at his facility’s assisted living center but is unable to receive more medical attention related to his recovery. The GoFundMe has set a fundraising goal of $50,000 and has garnered more than $7,200 as of Friday night.

“[Carter] is a really jovial kind of person who is really happy to see you,” Michaela said. “He is always willing to help and is one of first people to drop everything [for someone]. ... He still has a lot of life ahead. He is one of the main providers of his family, and helps take care of others. It is devastating for his family that he can’t be around to help them.”

The GoFundMe campaign is at www.gofundme.com/f/help-melvin-get-back-in-the-saddle.

Sammy Catalena, Precinct 2 commissioner and a well-known local business owner, died Tuesday at his home at the age of 72.

A massive stroke sidelined Melvin Carter in March, and he’s now in an assisted living facility.