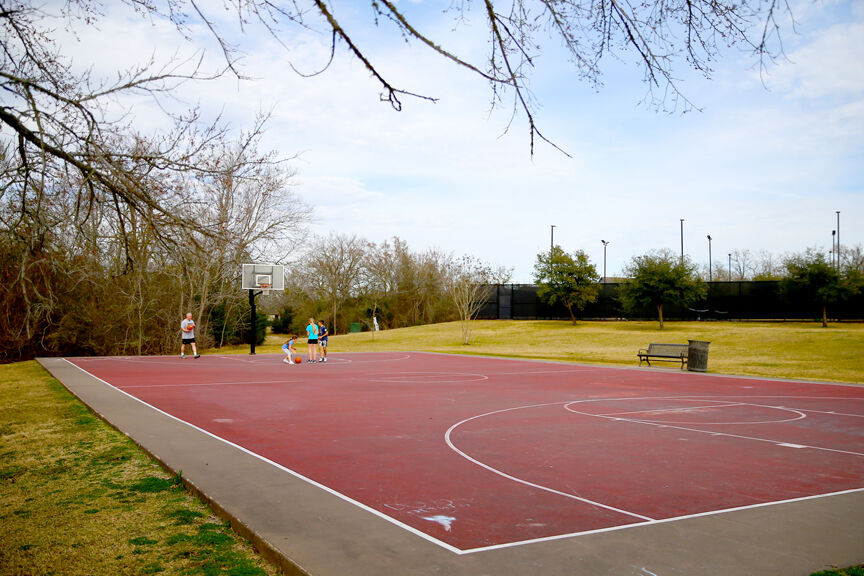 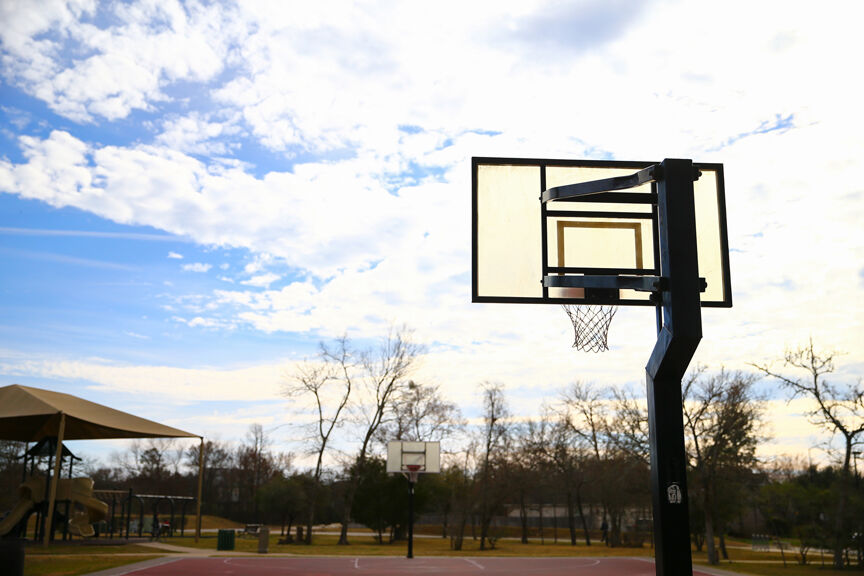 The effort to honor Caruso, who recently won an NBA championship with the Los Angeles Lakers, started after Caruso told host of TexAgs radio Gabe Bock in a 2019 interview that he played on the Castlegate court growing up. The COVID-19 pandemic delayed the push to name the court, but on Thursday the College Station City Council members voted 5-1-1 to name the space “Alex Caruso Court.”

Caruso thanked Bock for his work on the initiative in a Friday afternoon Tweet.

“From fourth grade till I left for college I would shoot till dark, sneak into pickup games, and many times be the only person there just dreaming like kids do. ... [It’s] a special place for me,” he said.

Colin Killian, College Station public communications manager, made the case for naming the court Thursday night, telling council members that Caruso is the first homegrown athlete from the city to earn a professional championship.

“If Alex’s story were a movie script, Hollywood would reject it as too unrealistic,” Killian said. “But every bit of it is true.”

Killian added that naming the court after Caruso could be a catalyst for Alex’s future involvement in the community.

Bock and John Thornton, former A&M basketball player, coach and administrator, said they can help raise funds for improvements to the court including a sign with the new name, a pavilion and repainting.

Councilman John Crompton abstained from discussion and voting. Councilwoman Elizabeth Cunha voted against the motion, saying she believes naming like this should be a posthumous honor. Even so, she praised Caruso, who went to school with her children.

“I am grateful for Alex,” she said. “I think he’s a wonderful display of excellence and taking the gifts that God gave him and working his tail off to maximize the good that can come from that. … I’m grateful for Alex and the inspiration that he’s provided to the kids.”

Caruso’s journey is inspirational, Mayor Karl Mooney said as he supported the resolution, noting that it could encourage young people who see the court to excel in their respective fields.

“For [kids] to be able to affiliate the name with a place where they are, where he had been, is something that makes them aspire, not necessarily to be a basketball player, but to be something bigger and better than they maybe ever thought they could be,” he said. “That’s the message that we’re sending here. Can you make it? Can you be a world champion? You know what? If you live in College Station, you can.”

According to Killian, a celebratory event would likely take place in the summer after the NBA season is over so Caruso could attend.

College Station is moving forward with work toward an ordinance that could allow neighborhoods to restrict occupancy of a home to two or fewer unrelated people, and looking to hear from residents about their thoughts on the matter.

It’s been three years since Alex Caruso began his professional basketball journey, which now has him playing alongside the likes of LeBron Jam…

Alex Caruso has tweeted out more than a comment or two regarding the sports and teams he follows and supports. The former Texas A&M basket…