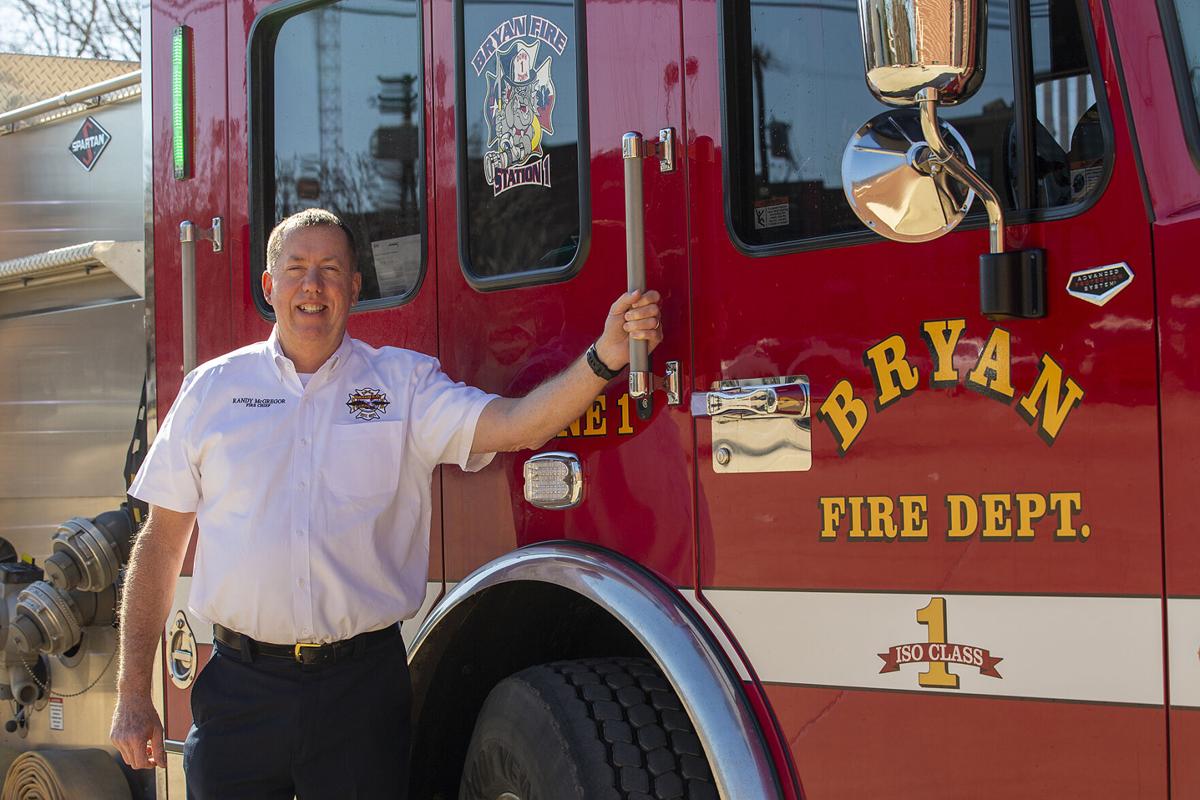 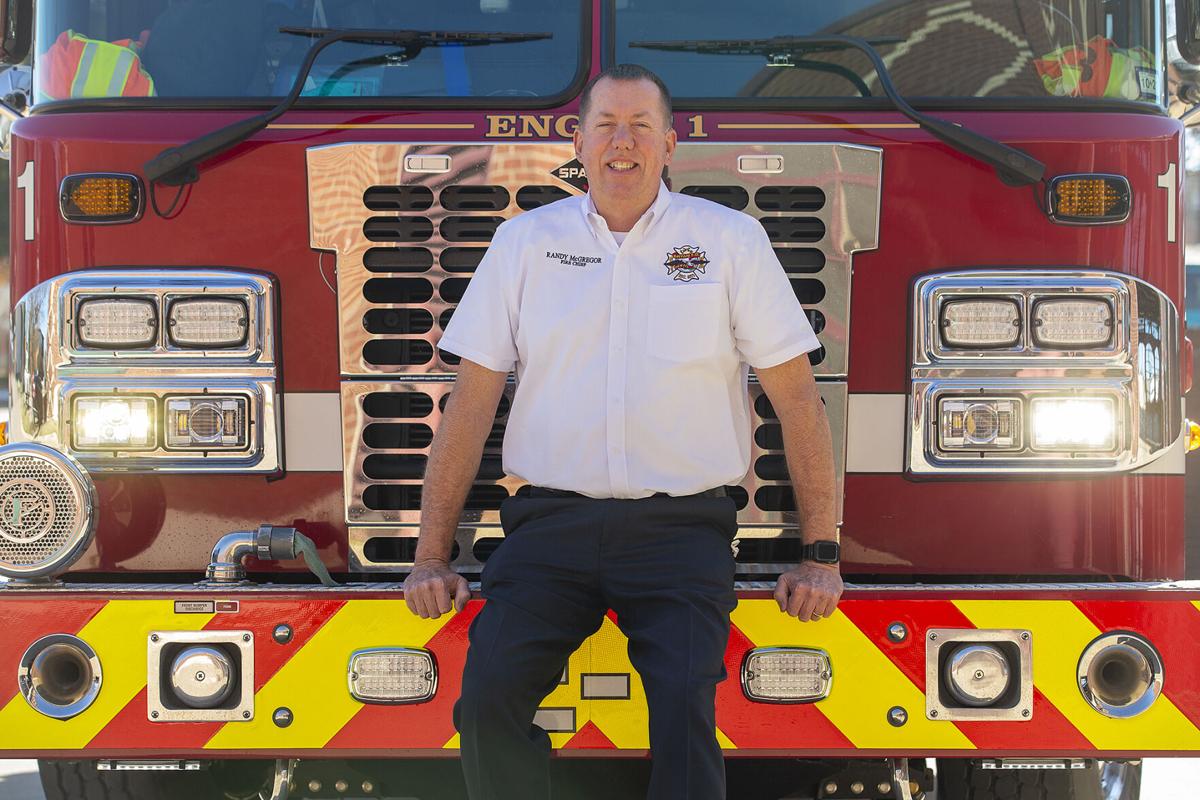 After more than 37 years with the Bryan Fire Department, Fire Chief Randy McGregor will retire at the end of the month.

McGregor began his career with the department in 1983, and has served as chief since 2012.

McGregor, 57, was born in Baytown and spent his childhood there until his family moved to Robertson County. McGregor was named Fire Chief of the Year by the Texas Fire Chiefs Association in February 2015.

As he looked back on his career in an interview with The Eagle last week, McGregor said it has meant a great deal to him to get to help people in what can be their worst moments.

“I started when I was 19 years old. I was very young; my father was a fireman in Baytown and I just kind of grew up around it. It was just something I always wanted to do, and I was very fortunate to get hired here,” McGregor said. “It’s always been a great job, the excitement of it. One of the best things about this job is you get to help people. In my opinion, there’s really no better calling.”

McGregor recalled helping the department through tragedy. Lt. Eric Wallace and Lt. Greg Pickard died and two firefighters were injured in a February 2013 fire at the Knights of Columbus Hall near Downtown Bryan. McGregor said he thinks of Wallace and Pickard daily and said it had a lasting effect on him personally and on the department.

“We lost two incredible men — two of my very close friends that I’ll never forget,”  McGregor said. “Everybody came together after that event. A lot of changes were made and we had a lot of growth. There was a lot of soul searching to make sure we never went through that again.”

In July 2013, the Bryan City Council passed a resolution to create 33 new positions by 2023 and set a goal to have four firefighters on each engine and ladder company. McGregor said the city and department reached that goal in approximately five years.

“I knew he had big shoes to fill. We did a nation- and statewide search, and Randy’s the one who came out on top. I don’t regret that one bit. He’s been an absolutely excellent fire chief,” Register said.

“Randy led the department through that tragedy as well or better than anyone else could have,” Register said. “He worked for years after that to make sure our firefighters had the absolute best training and equipment, and worked hard to make sure something like that never happened again.”

Register said the process of finding a new fire chief is underway.

Just after 2:42 a.m. on Nov. 18, 1999, when McGregor was a lieutenant with the department’s technical rescue team, his pager went off with an alert that the Texas A&M Bonfire stack had collapsed. He was one of more than 200 first responders who worked during the hourslong search and rescue period at the A&M polo fields.

McGregor said he vividly recalls the community’s support of first responders and the victims’ families, and the silence requested so responders could try to detect if anyone in the collapsed stack was tapping for a rescue.

“There were thousands of people out there, and we said on a bullhorn we needed quiet,” McGregor recalled. “I’ll never forget how the entire area, with thousands of people, went completely quiet. It was an incredible outpouring of support from the community.”

In retirement, McGregor said he plans to golf and fish with his sons who attend A&M and spend time with his wife. He said he expects to remain engaged in the community. McGregor credited his colleagues for their professionalism and commitment to service.

“First and foremost, I tell people that we’ve had a lot of successes here, but it’s because of the people around me. It’s not me. I’ve got an incredible team all the way through the department. The people here are the absolute best,” McGregor said.

One of McGregor’s longtime colleagues and friends, driver/operator Billy Huggins — who is also retiring this month after 36 years with the department — good-naturedly teased McGregor last week before praising him as a great leader.

“He stands behind his decisions, and he’s helped elevate this department,” Huggins said.

Samuel Rodriguez II, 24, is charged with aggravated robbery, a first-degree felony punishable by up to 99 years in prison.

Police said one suitcase contained about $400 in $20 bills in an exterior compartment, and a second suitcase had a vacuum-sealed bag that contained clothes with large amounts of cash folded up inside the shirts.

He is charged with murder, a first-degree felony punishable by up to 99 years in prison. He remains in the Brazos County Jail on $500,000 bond.

He is charged with burglary of a habitation with intent to commit other felony, assault family violence bodily injury with a previous conviction, and interference with an emergency call.

The project is coming to a close after years of fundraising for scholarships through the sale of live oak seedlings raised from Century Tree acorns.

The incident began Thursday morning after a man shot at an officer responding to a civil disturbance, authorities said.

Second storm headed this way, expected to bring another round of freezing rain

College Station Mayor Karl Mooney said he would be inclined to “follow the governor’s lead” if Abbott made such a decision, with Brazos County Judge Duane Peters and Bryan Mayor Andrew Nelson expressing similar sentiments.

Local public health experts say mask use has been a proven tactic in mitigating the spread of the virus.