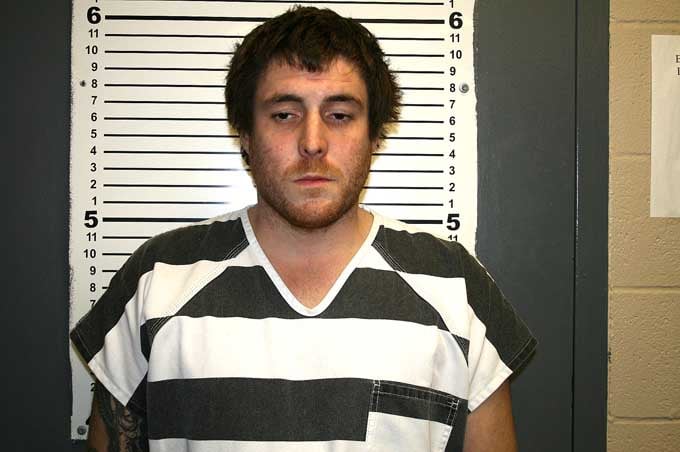 Henry Goedrich Magee, the suspect in the shooting death of Burleson County Sheriff's Sgt. Investigator Adam Sowders, was not indicted for capital murder on Thursday.  He will face trial for possession of marijuana while in possession of a deadly weapon, a third-degree felony punishable by two to 10 years in prison. 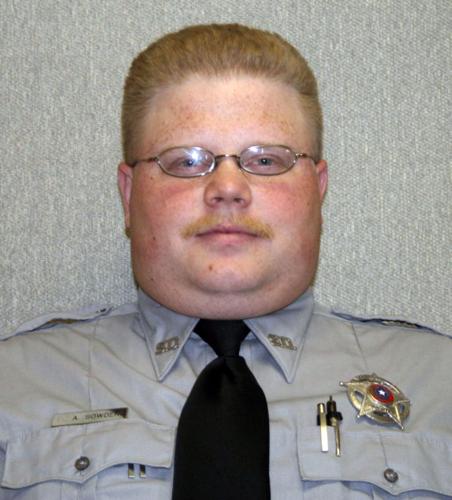 The man accused of shooting and killing a Burleson County Sheriff's deputy won't be indicted on capital murder.

After 10 hours of testimony, a Burleson County Grand Jury on Wednesday returned a "no bill" on the capital murder charge against 28-year-old Henry "Hank" Magee but did indict him on a charge of possession of marijuana while in possession of a deadly weapon, a third-degree felony punishable by two to 10 years in prison.

Dick DeGuerin, Magee's attorney, said he was encouraged by the grand jury's decision to drop the charge, especially in a tight-knit community that had just lost an officer.

"It was a tragic accident, but it wasn't a crime," DeGuerin said, adding that Magee acted in self-defense, thinking the deputy was a burglar.

"Hank did what a lot of people would have done under the circumstances," DeGuerin said. "When awakened by a loud boom and somebody's kicking in the door, they defend themselves."

Magee has been at the Washington County Jail since he was charged with the shooting death of 31-year-old Sgt. Investigator Adam Sowders on Dec. 19.

Before 6 a.m. that morning, Sowders and a team of deputies served a "no-knock" search warrant at Magee's home on County Road 278 near Snook, where Sowders was shot and killed upon entry.

The deputies had been looking for marijuana plants and possible stolen weapons based on a tip they received from a jailed informant, according to the affidavit for the warrant signed by Sowders and District Judge Reva Towslee-Corbett.

Burleson County District Attorney Julie Renken presented the evidence to the grand jury but did not offer a recommendation on the capital murder or drug charge.

"It's a tragic situation," she said in a phone interview. "The sheriff's office was doing their job and did not do anything illegal. It was a matter of not enough evidence to think Magee knew it was a peace officer entering his home."

Renken will, however, "fully prosecute" the drug charge against Magee, noting that the deputies "would not have been there that day if Mr. Magee had not decided to live a lifestyle of doing and producing illegal drugs in his home."

The search warrant returns listed two marijuana plants in planters and eight marijuana plants under grow lights as some of the property seized from Magee's home but did not include their height. DeGuerin described them as two six-inch plants and some seedlings, while Renken said Magee had a growing operation of hydroponic marijuana producing between 4 ounces and 5 pounds of the drug.

"This didn't have to happen," DeGuerin said. "There was no real justification for handling the search warrant in the way it was handled. It could have been easily done by knocking on the front door during broad daylight. The alternative would've been to wait till Hank drove to the store or to work. No reason to go in like an invading army and bust down the door."

Renken, however, said the deputies who testified before the grand jury agreed that they had identified themselves as law enforcement, "but the announcement and the shooting happened so quickly that we cannot say that Magee heard them."

While the incident last December won't end the use of "no-knocks" in Burleson County, Renken said requests for such warrants will now go through her desk before heading to a judge. Search warrant requests in Washington and Burleson counties are typically sent to the district attorney's office, where assistant district attorneys sign off on them as per the request of the district judges, Renken said.

Many of the largest Texas law enforcement agencies do not have written policies for executing "no-knock" search warrants, according to a new s…

The Burleson County Sheriff's Office has arrested a Somerville man in Thursday's shooting death of a sheriff's sergeant.

Houston attorney Dick DeGuerin has been hired to represent a Burleson County man accused in last week's shooting death of a sheriff's investigator.

Attorney: Man was acting in self-defense when he killed sheriff's deputy

Three weeks after the shooting death of a Burleson County Sheriff's Deputy, it is unclear where the documents detailing the incident are.

A Burleson County sheriff's sergeant has died from his injuries after being shot while serving a search warrant Thursday morning.

Henry Goedrich Magee, the suspect in the shooting death of Burleson County Sheriff's Sgt. Investigator Adam Sowders, was not indicted for capital murder on Thursday.  He will face trial for possession of marijuana while in possession of a deadly weapon, a third-degree felony punishable by two to 10 years in prison.