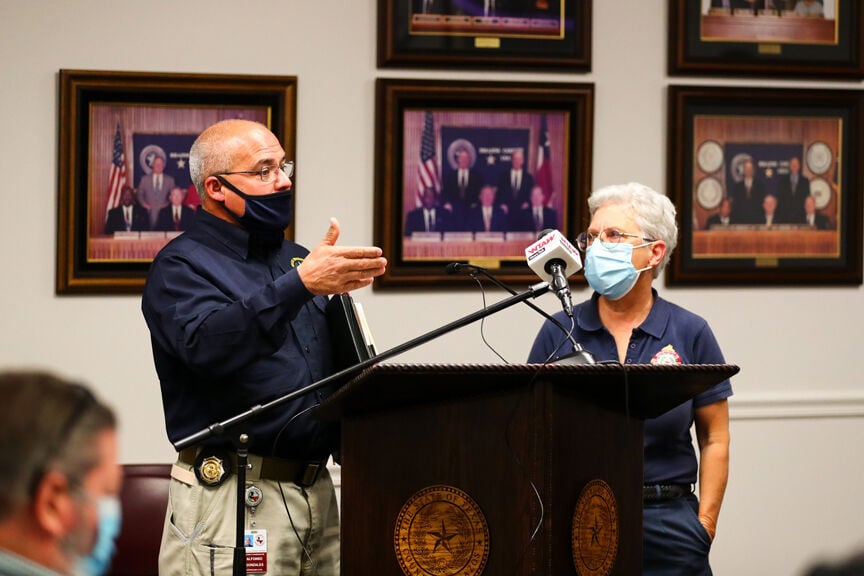 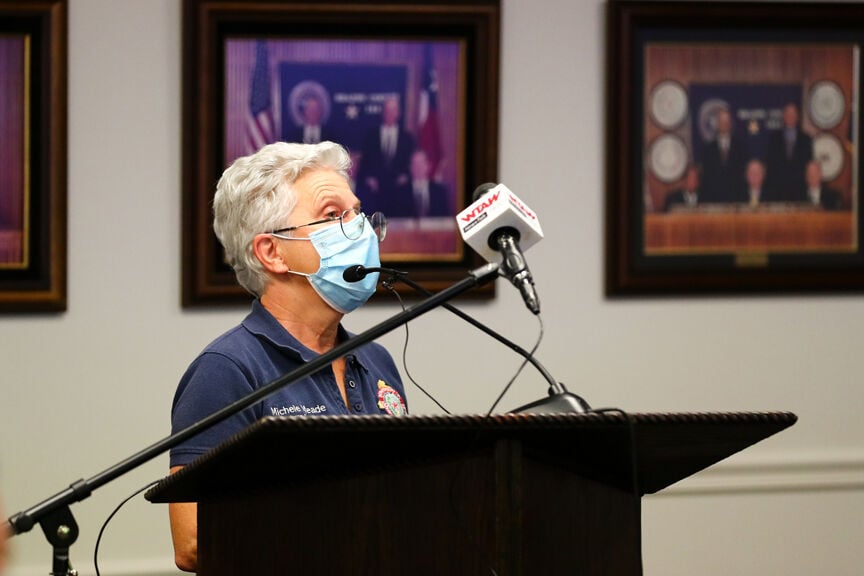 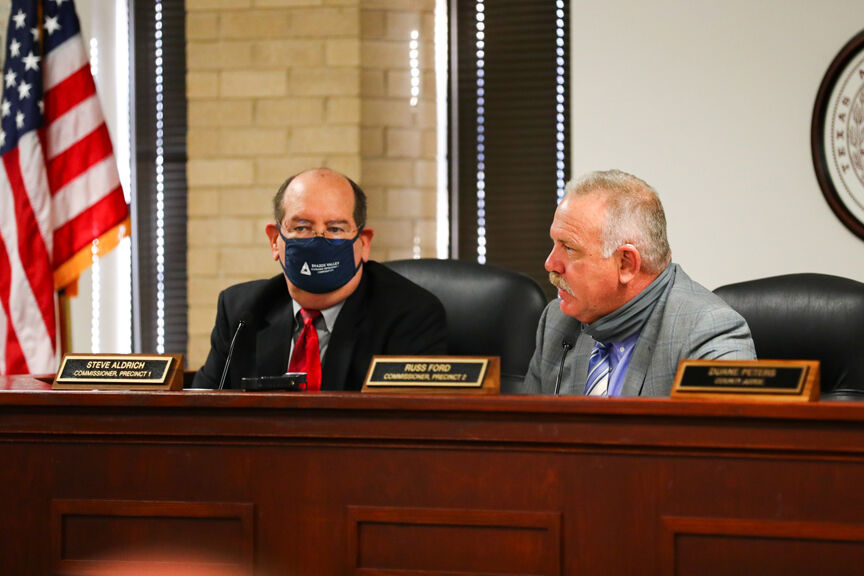 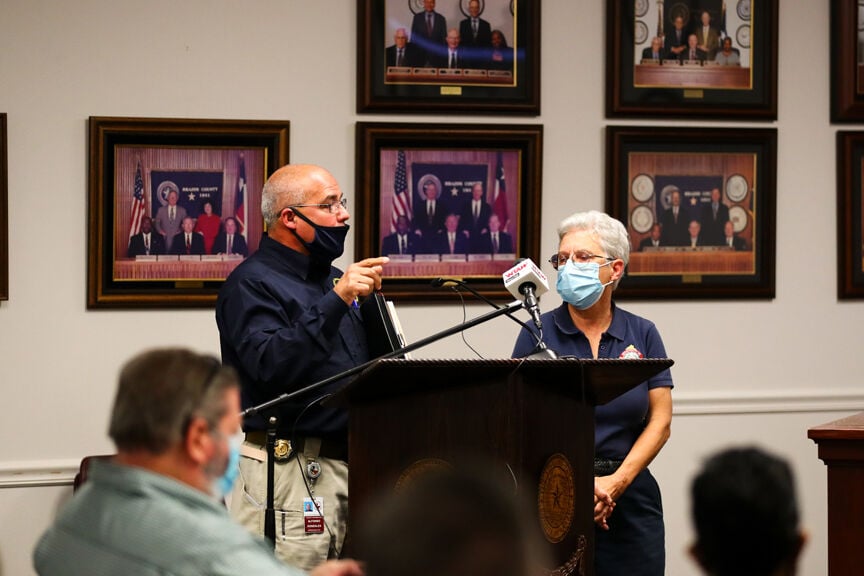 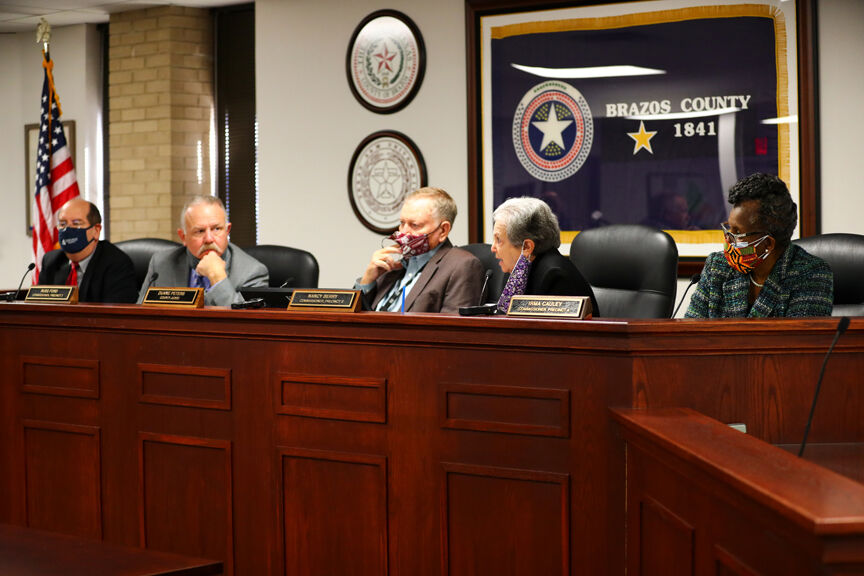 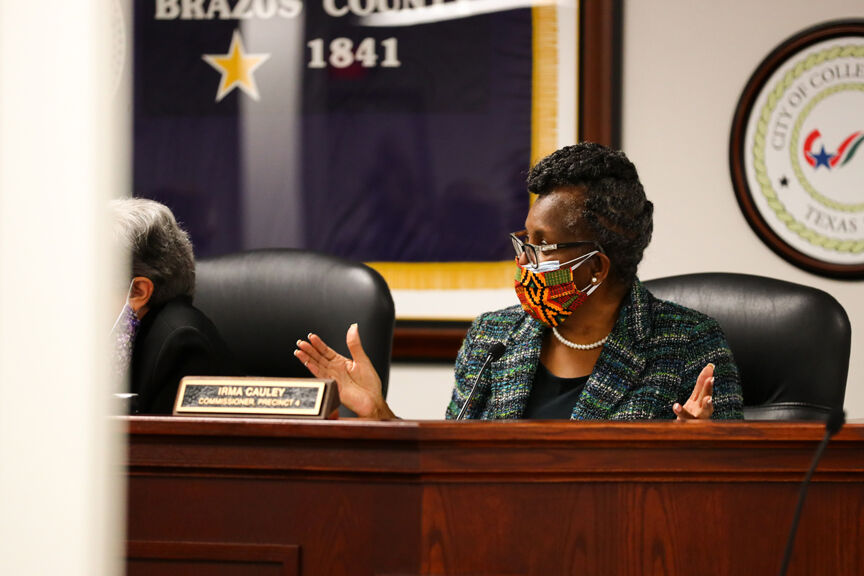 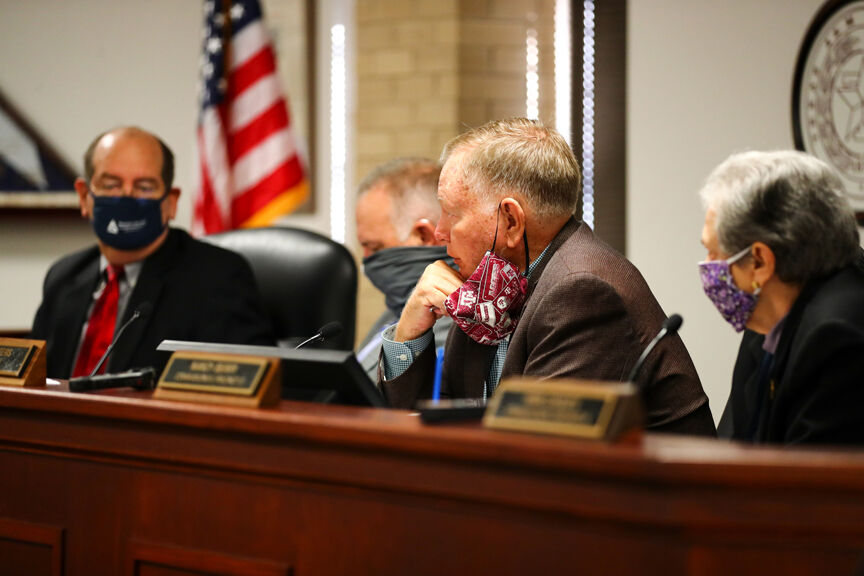 Less than half of the 7,075 doses of COVID-19 vaccinations sent to Brazos County have been administered, a figure that multiple county commissioners described as unacceptable on Tuesday.

Meade said 1,500 of the 7,075 doses listed as “received” are arriving at pharmacies and health centers this week and can then be administered.

The rate of administration in Brazos County roughly aligns with the statewide figure; according to the Texas Department of State Health Services, 439,502 of 1,333,450 doses shipped had been administered in Texas as of Tuesday afternoon.

Meade and Gonzales said Brazos County is firmly in Phase 1A, though some Phase 1B members have received their first vaccine shot. Phase 1A consists primarily of health care workers and assisted living residents and staff.

“We’re at 1A. If you have vaccines, and you don’t have any more 1As come forward, you can go to 1B,” Gonzales said. Phase 1B includes people age 65 and older and those 16 and older with “at least one chronic medical condition that puts them at increased risk for severe illness,” including cancer, kidney disease, heart conditions, pregnancy and more.

“There’s a lot of discussion right now about moving into Phase 1B. ... Brazos County is not there,” Meade told commissioners.

Meade said the next phase would begin after most or all of the people in the first group who want the vaccine have had a chance to receive it.

During and after the meeting, Precinct 3 Commissioner Nancy Berry, Precinct 4 Commissioner Irma Cauley and Precinct 2 Commissioner Russ Ford were all vocal about their desire to see the rate of vaccine administration increase.

“I’m glad we have vaccine, but it does us no good on the shelf. We’ve got to get it in arms. I feel that sense of urgency,” Berry told The Eagle after the meeting. She said pharmacies have many other responsibilities and that using emergency responders could increase the rate of vaccination.

During the meeting, Berry asked Meade and Gonzales about how to increase the rate of vaccination and suggested the use of county fire stations.

Gonzales replied that in the spring and summer, when vaccines are more widely available, fire stations and other large facilities such as the Brazos Center will be used and county residents will be able to sign up for hourly appointments. Gonzales said drive-thru vaccinations will not be feasible because about 15 minutes of observation is needed after the shot is administered.

“And we still have to figure out who’s going to be doing the shot in the arm and the tracking through the state system,” Meade said. Cauley asked how long it would take to put together that plan, and she also asked what officials needed from the Commissioners Court to increase the pace of vaccinations.

“We need our media partners to understand that because of the limited doses Texas is receiving from the federal government, we are getting limited doses,” Gonzales said. He said that as more vaccines are approved and produced, the rate of vaccination will increase. Berry then noted that 3,000 of the 7,075 doses currently available have been administered.

“What are we doing to expedite that?” Berry asked. Gonzales replied: “We’re working with the local partners that received them. In fact, if a provider, if we find out they are putting it on the shelf and not getting it out, that’s not acceptable. We are going to reallocate that to a facility or provider that can get those shots in the arms faster. After my call to [DSHS], we were able to find a provider locally that would accept them and get them the shots into the arms faster.”

Gonzales said that such reallocation has happened once so far in the region, though he did not provide further details. He said DSHS officials are tracking and monitoring allocation and distribution. Gonzales and Meade said the state is utilizing public-private partnerships for vaccine distribution.

Ford, like Berry and Cauley, asked how the commissioners could help increase the pace of vaccine administration.

“I think I’m speaking on behalf of the Commissioners Court and [County Judge Duane Peters] in saying it’s not acceptable to us that we’ve just gotten half of the doses out,” Ford said.

“I’m appalled. That just blows my mind when we’ve got such a need out here,” Cauley said after the meeting.

On Monday, according to the Texas Tribune, state health officials announced that about 325,000 doses of vaccines would be sent to 950 providers in 158 Texas counties in the next week. That includes 121,875 doses for nursing homes and assisted living centers.

Sara Mendez and Bob Lamkin of the Brazos County Health District told The Eagle after the Commissioners Court meeting that local assisted living facilities, in concert with area pharmacies, are slated to begin administering vaccinations this week.

There are between 70 and 80 local and federal COVID-19 vaccine providers in the county, Meade and Gonzales said, though not all have been approved to receive doses. Eleven locations in Brazos County received doses in the first three weeks, Meade said, with 11 more scheduled to receive vaccines this week.

Baylor Scott & White employees and physicians, who began receiving immunizations Dec. 15, will receive their second dose this week, according to a press release. Pfizer and Moderna’s vaccines are two-dose vaccines, with the shots needing to be administered 21 and 28 days apart, respectively.  DSHS Commissioner Dr. John Hellerstedt has said on multiple occasions, “No vaccine should be kept in reserve.”

According to the presentation given to commissioners, state officials expect to be able to vaccinate the general population in June or July.

“We have a long way to go. We’re hoping as time goes on that the rate of allocation will increase for Brazos County,” Meade said. “This is not a race and this is not a marathon — this is a triathlon. We’re in this for awhile yet.”

To find a Texas map of vaccine providers, visit this site.

Deal reached to get Calif. kids back in classrooms

The previous record was 145 new cases reported June 17, according to health district data.

County officials were told earlier this week that less than half of Brazos County’s vaccine allotment had been administered.

Bryan-College Station hospitals were at 95% capacity, and intensive care units were at 123% occupancy, according to the Brazos County Health District.

Saturday was the ninth straight day health officials have reported more than 100 new COVID-19 cases in Brazos County in a single day.