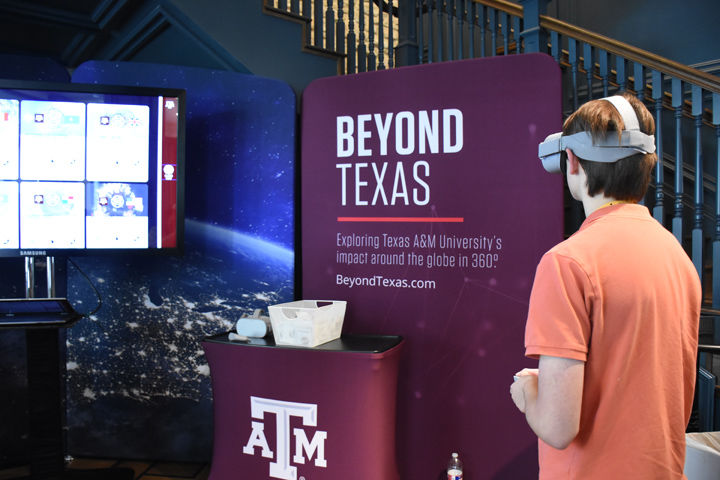 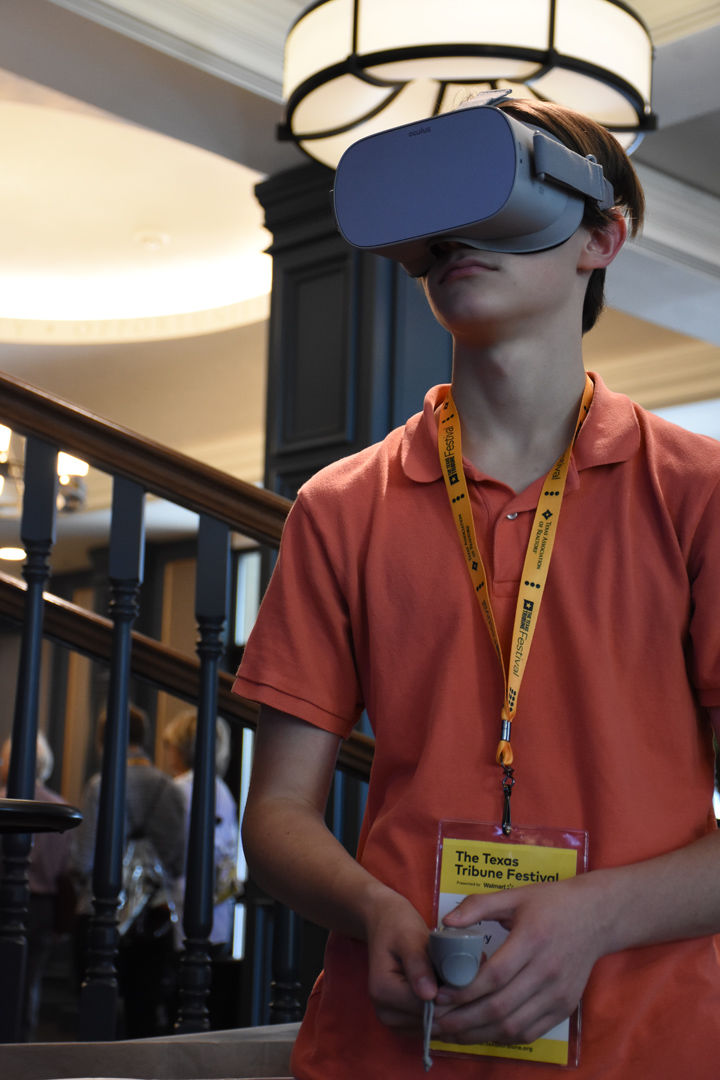 AUSTIN -- Though many may think of Bryan-College Station when they hear Texas A&M, the university's reach goes beyond Texas.

Since 2016, Texas A&M staff members Nick Wilson and Michael Green have traveled around the world to explore A&M's work on a global scale in a project called Beyond Texas.

Their videos and the BeyondTexas.com website were officially released Friday morning at the Texas Tribune Festival in Austin. Prepared with multiple Oculus Go virtual reality goggles, members of the Texas A&M marketing and communication team invited people attending the festival to try on the goggles and explore locations using 360-degree videos.

The goal is to give people as close to a first-hand experience as possible, Wilson said.

They have made 12 videos -- "A very Aggie number," Wilson noted -- and 10 are available online. One video featuring work being done in Botswana is preloaded in the Oculus Go catalog, so it is automatically available for anyone with the goggles.

Virtual reality goggles are not necessary to watch the videos. All 10 that have been released are available on the Beyond Texas website, with links to the 360 videos on YouTube that people can explore with their finger.

The videos' topics span from understanding how university faculty members are working to reduce human-elephant conflict in Botswana to helping establish the national identity of Kazakhstan.

Wilson and Green seek out the researchers to highlight and connect with them about visiting their locations to allow them to explain and show their work.

With a camera about the size of his fist, Green said, travel is much easier without a full crew and a lot of equipment.

"It's not like a traditional video shoot where you need lights and everything. Stick it where it is interesting, and boom," Green said.

Kim Miller, executive creative director for A&M's Division of Marketing & Communications, said GoPro even featured Green's video of a herd of elephants in Botswana on its social media pages for World Elephant Day.

LIFE WITH ELEPHANTS | Beyond Texas 360 VR

When it comes to why they do the Beyond Texas project, Miller said showing the work being done by Aggies around the world is just more compelling than just talking or telling people about it.

Every video showcases the work being done by someone connected to Texas A&M.

"We have several where we have faculty and also students along with them. We did one in London where we have faculty leading students over there. They're working for the U.S. Embassy in London. It's former students, it's current students, it's faculty; it's kind of everyone at Texas A&M working together outside of College Station, outside of Texas in places you wouldn't expect," Wilson said.

The work is not a stretch for the pair, Wilson said, noting they both enjoy traveling and now just get to mix their love of travel with their work.

"I just make videos; these people are actually, like, changing the world and doing real stuff that just blows my mind," Green said. "I would never be able to do it, so it's kind of humbling."

It is important, Miller said, to share those stories, because many times even people connected with the university do not know the work being done until seeing the videos.

"It's like a breath of fresh air. It's invigorating to know that you are a part of something that's larger than just Texas A&M or larger than just College Station. There are Aggies literally in every country doing something incredible, and Aggies are so humble they don't want to tell that story, so it's our job to get out there and show the world what we're doing," Wilson said.

Wilson's favorite experience, he said, was when they visited Kazakhstan because he and many others in the United States and the world do not know much about the country, which officially formed in 1991.

"Going there and learning about how a Texas A&M researcher is working with their people and their government to figure out what their culture is and what their history is because they're one of the youngest countries in the world. They're less than 30 years old. They're figuring out who they are as a people, and an Aggie is a part of that," Wilson said. "That was great to see because I learned about a new people. I learned about a new country, and I got to see just another cool thing that Texas A&M is doing."

They also got a surprise when a stranger came up to them during their time in Kazakhstan to just say, "Gig 'em."

"No joke, just an Aggie in Kazakhstan," Green said.

Green's favorite location, though, was Palau where they explored how College of Geosciences professor Katie Shamberger is looking at how climate change and increasing ocean acidity is affecting the country's coral reefs.

"It's such a small country, and the research that Dr. Shamberger is doing is so important to their culture because the coral reefs are their food, their tourism, their everything, so Texas A&M is literally, like, helping that country survive," Green said.

Each location has additional information also for other researchers or just average viewers to use. To explore the videos and learn about the work being done by Aggies throughout the world, go to BeyondTexas.com.

With Friday’s new cases, the county’s overall number of cases recorded since the pandemic began rose to 23,766. Last week, there were 113 new cases, compared to 81 this week, showing a 28.31% decline in new cases.

Banks settles into new position as president of Texas A&M

M. Katherine Banks’ first couple of weeks as president of Texas A&M have been spent meeting with deans, selecting university leadership an…

Texas A&M University’s diversity, equity and inclusion efforts will now be overseen by senior professor Frank Ashley, who said multiple positions he has held in his three decades at the school have prepared him well for this new task.

Pamela Beachum stood Thursday morning on the shoreline of Lake Mexia and gazed across an inlet while her mother sat in the car with the air conditioning on full blast.

Brazos Valley residents will have a variety of local opportunities to commemorate Juneteenth, the Texas-based annual celebration of the announcement of the end of slavery in the United States.