Bob Brick was reelected to College Station City Council Place 1 after Wednesday’s recount was withdrawn, according to a city press release.

Once the absentee and mail-in ballots were recounted with no changes to the outcome, Jason Cornelius withdrew. The rest of the Election Day ballots will not be recounted.

Cornelius filed a petition for a manual recount on Nov. 13. In a Monday interview, Brazos County Elections Administrator Trudy Hancock said Cornelius paid a $2,700 deposit for the recount.

Hancock said Thursday that all electronic ballots had been printed to be recounted, so Cornelius is going to pay for those, plus the labor of the election workers who administered the recount, at a later date. The final cost has not yet been determined, Hancock said.

Early in the week, Hancock said there would be nine election workers completing the recount. On Thursday, she said there ended up being a total of 14.

She said Cornelius called for the recount to end early because he didn’t foresee a change in the outcome, as the only items left to recount were the electronic ballots. Cornelius did not provide a comment by deadline Thursday.Brick was sworn in to his two-year term on Nov. 12.

Brick defeated Cornelius by five votes in the closest election in College Station history. Brick received 15,395 votes, and Cornelius had 15,390.

Place 5 incumbent John Nichols faces Craig Regan in a run-off election on Dec. 15 to determine the winner of a final council seat.

By the end of day Wednesday, 174 people had voted, according to Brazos County Elections Administrator Trudy Hancock. She said runoffs are usually similar to other elections, with the first couple days of early voting garnering some of the heaviest foot traffic before slowing down. But so far, she said, turnout during the first few days has been lower than in past runoffs. 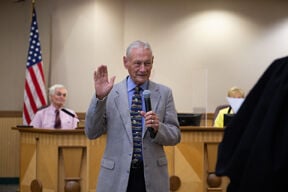 Place 1 councilman Bob Brick was sworn in for his second term, which is scheduled to last two years. 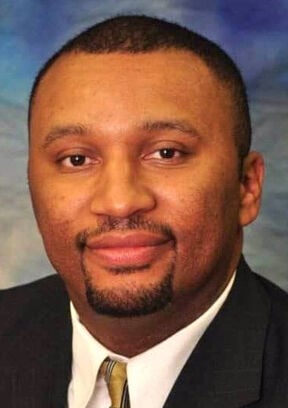