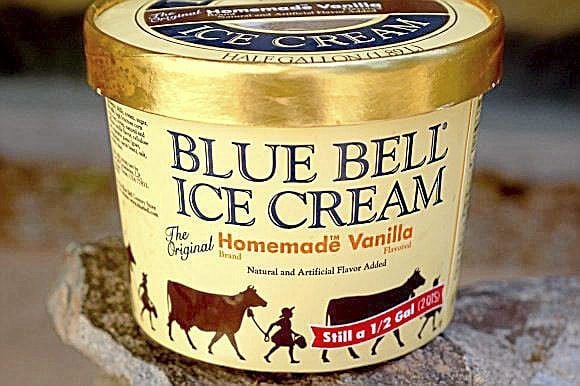 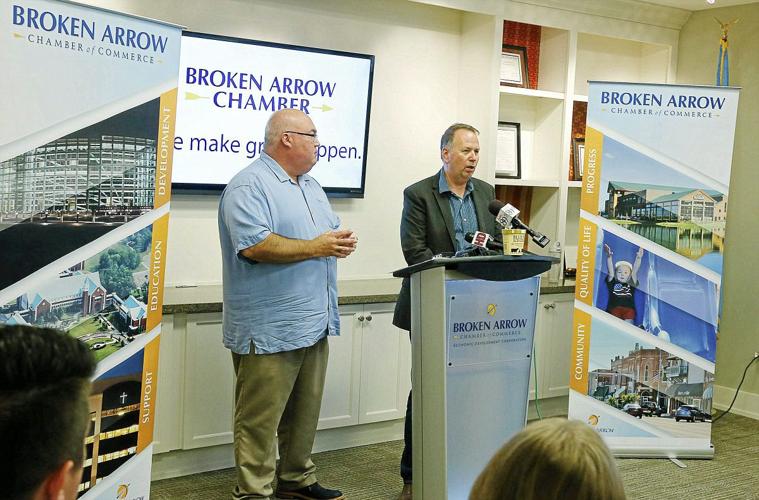 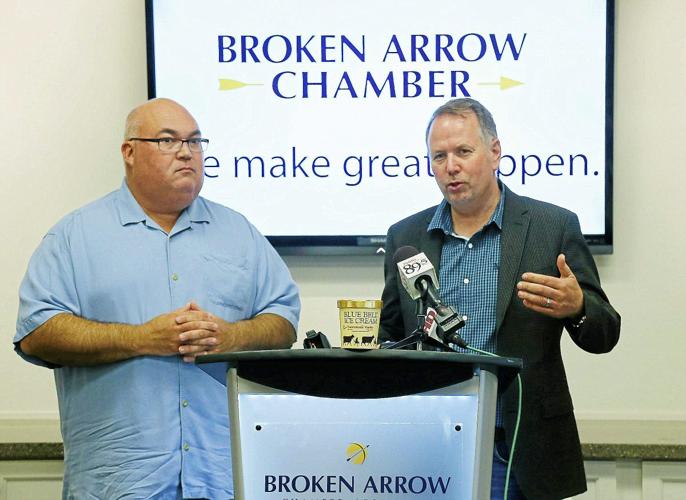 BROKEN ARROW — Approximately 70 percent of employees at the Blue Bell plant in Broken Arrow are back at work today, and production of the brand’s ice cream novelties will resume this week, the president and CEO of the Broken Arrow Chamber said Monday in a news conference.

Chamber CEO Wes Smithwick said the plant’s entire workforce of around 200 employees is expected to be back at work by next week.

Smithwick says the chamber does not have exact numbers but estimates that 220 to 230 employees were working at Blue Bell’s Broken Arrow facility in April when production was suspended and employees were furloughed.

Smithwick said Blue Bell has cultivated a family-like atmosphere at its company and that the Broken Arrow plant has a historically low turnover rate.

“Those employees have been treated well over the years,” he said. “And I think that’s why they’ve stuck around.”

The Broken Arrow plant is the second Blue Bell facility to resume production after the company stopped all of its production this spring.

Smithwick said the chamber and the city of Broken Arrow have had indications that the company was making good progress toward the goal of reopening the plant, but they did not have confirmation that employees were back at work until Monday.

Broken Arrow Mayor Craig Thurmond said officials always had the “utmost confidence” that Blue Bell would resume its operations in Broken Arrow and that the jobs would be restored.

Nevertheless, the months between the plant being shut down in April and its reopening have been difficult for individual families and the economy at large.

“That’s 200 employees and their families that have had their discretionary income affected, their lives affected,” Smithwick said.

The plant’s temporary closure also impacted revenue for other entities, including lost gasoline sales and purchases typically made from Oklahoma dairies, he said.

“That trickle-down effect is not to be overlooked,” Smithwick said. “It’s not just Broken Arrow — it’s the entire region.”

Spokeswoman Jenny Van Dorf told the Tulsa World on Monday that the Broken Arrow plant had been given the OK to resume operations after a listeria outbreak was connected to the company’s products earlier this year.

The maker of frozen treats’ Broken Arrow plant, along with other production facilities in Texas and Alabama, has been closed for production since April while undergoing extensive cleaning and decontamination under the regulatory oversight of health officials.

Blue Bell voluntarily recalled its products in April when they had been linked to 10 listeria cases in four states, including three deaths in Kansas.

Blue Bell resumed selling products in stores in the Bryan-College Station, Houston and Austin areas as well as in the company’s hometown of Brenham, plus parts of Alabama.

College Station police said a dead body was found in a creek at Wolf Pen Creek Park on Friday morning.

A former Cameron Yoe football standout was one of three men killed during a single-vehicle accident in Milam County on Thursday afternoon, acc…

While driving through Bryan-College Station a little less than a year ago, restauranteur Nick Taptelis and one of his business partners notice…

Joey Todd said he hopes this will be his last career change.

Jamarious Davis, a 32-year-old Bryan man, was sentenced to 35 years in prison Wednesday after he pled guilty to charges of assault family viol…

CarMax, the nation’s largest used car retailer, is scheduled to open its College Station dealership off Texas 6 on Feb. 15, according to a Car…

Jami Fish has nine tattoos and is no stranger to Ink Masters conventions around the United States and even internationally.

Two shot in incident off Texas 6 in Navasota

Once the music of ABBA gets in your head, it is hard to get it out. Fortunately, many of us don’t want to.