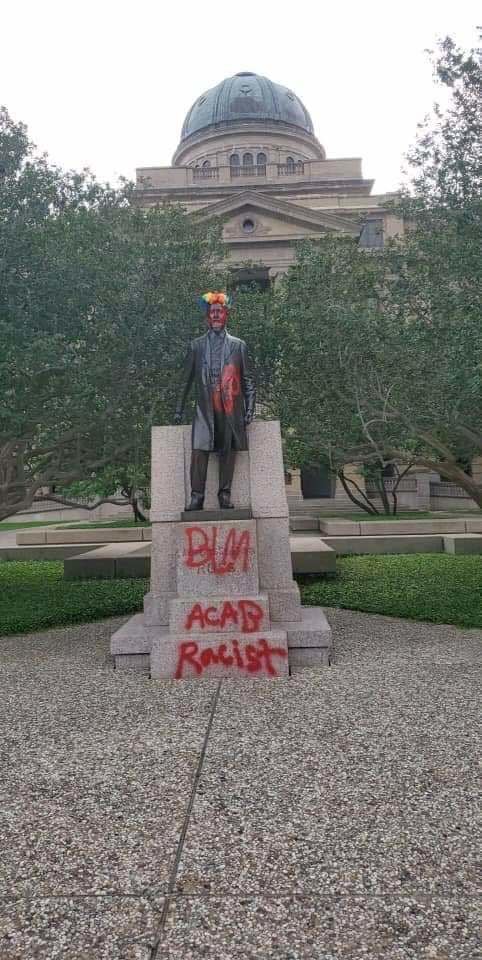 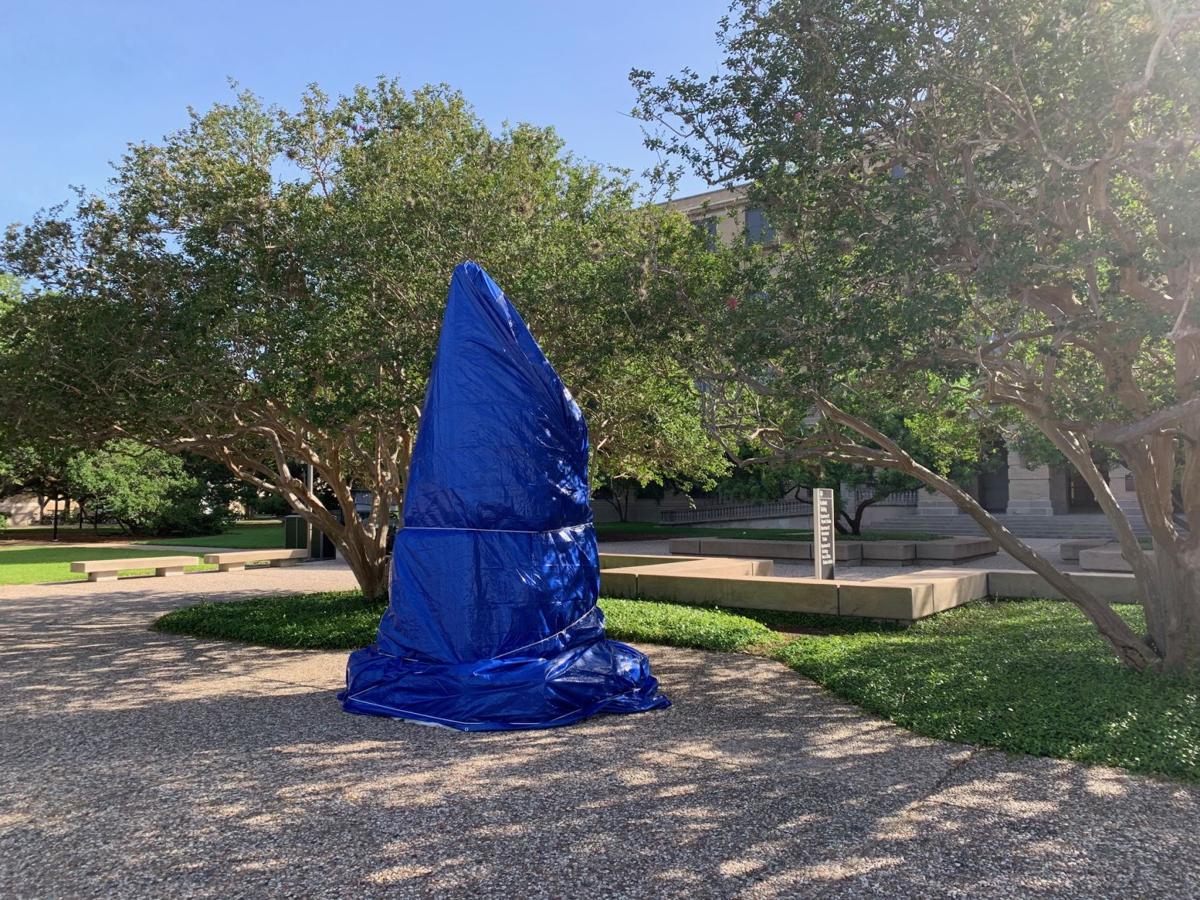 Texas A&M University employees covered the on-campus statue of Lawrence Sullivan Ross with a tarp this morning after discovering it had been vandalized with graffiti overnight.

The word "racist" and the acronyms BLM and ACAB had been painted in red at the base of the statue in the university's Academic Plaza. There was also red paint on the face and body of the statue along with a rainbow-colored wig.

Last week, petitions began circulating arguing for and against the removal of the statue, the oldest on campus. Several Confederate monuments have been taken down around the country following racial tensions sparked by the death of George Floyd in Minneapolis.

Ross was a Confederate general who served as governor of Texas prior to becoming Texas A&M's president, where he served from 1891 until his death in 1898. He is credited with saving the struggling university in its early years, boosting enrollment and securing additional funding to improve infrastructure. The statue was dedicated in 1918.

Texas A&M University President Michael K. Young issued a statement Wednesday morning regarding the incident: “We became aware of the incident this morning and have immediately begun to engage experts to assess damage to the statue. We ask our Aggie community for peaceful discourse.”

In August 2017, Young issued a statement about the statue after the University of Texas removed Confederate statues from its campus: "Lawrence Sullivan 'Sul' Ross is honored on our campus as a former president of the school. Without Sul Ross, neither Texas A&M University nor Prairie View A&M University would likely exist today. He saved our school and Prairie View through his consistent advocacy in the face of those who persistently wanted to close us down."

Texas A&M University System Chancellor John Sharp also issued a statement at the time, saying, "Anyone who knows the true history of Lawrence Sullivan Ross would never ask his statue to be removed," Sharp said.

The statue was also vandalized with graffiti in 2018.

Brazos County health officials reported 19 new cases of COVID-19 on Wednesday, bringing the number of overall cases in the county to 684.

About 1,000 Texas A&M seniors marched through campus Monday evening for Elephant Walk, a tradition that started more than 90 years ago. Th…

The Texas A&M University Police Department is investigating the origin of graffiti drawn on the statute of Lawrence “Sul” Ross on campus.